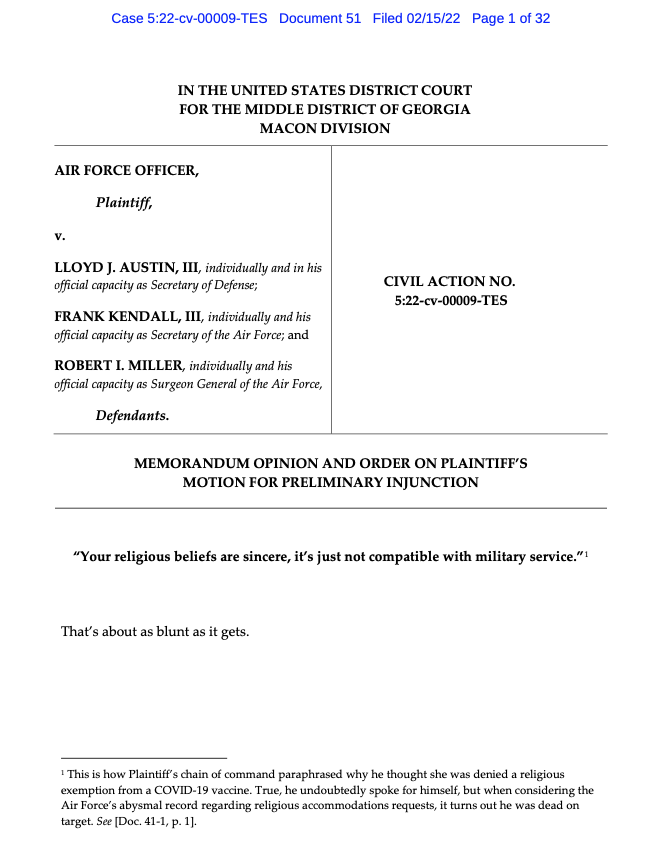 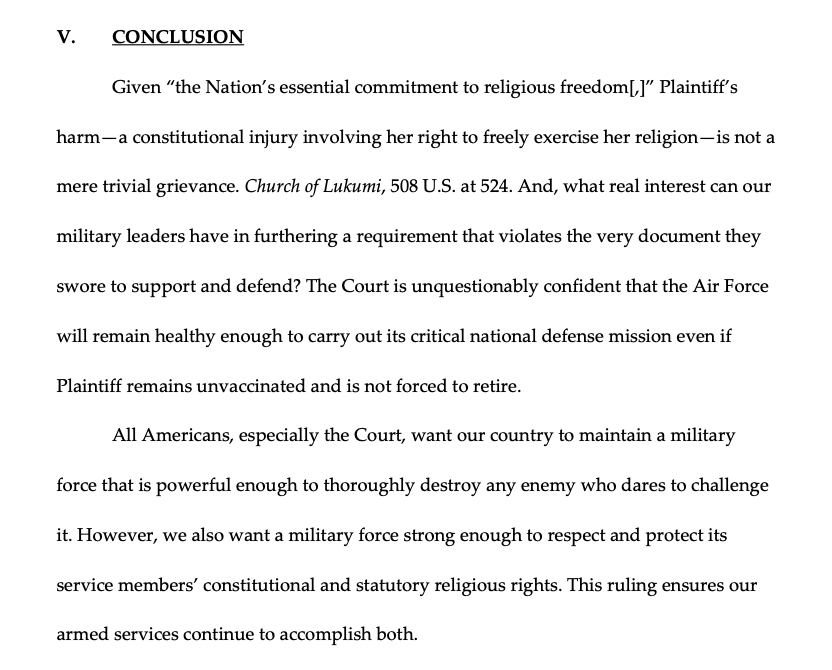 A federal judge in Georgia has temporarily allowed an Air Force officer to remain unvaccinated against COVID over the vaccine’s ‘connection to abortion,’ making her the first member of the branch to be excused from the military-wide mandate.

The judge’s order described the Air Force’s procedure to accept a low rate of religion-based coronavirus vaccine exemptions as ‘illusory and insincere.’

Judge Self, who is based in Macon, Georgia, ruled that the Air Force had infringed on the officer’s First Amendment rights when the internal review process rejected her initial filing. She completed a religion-based waiver last year and appealed the Air Force’s rejection in December.

Her argument in the lawsuit is that she cannot be vaccinated due to her Christian faith – citing she is against abortion, labelling it as ‘a grave evil.’

The lawsuit also shared details on the officer’s ‘natural immunity’ after testing positive from contracting COVID in 2020. In December of last year, the woman had done an antibodies test, which showed that she still contained some in her system.

She is also willing to ‘take regular [coronavirus] tests when working in-person on the base, wear a mask, socially distance and work remotely as appropriate,’ the lawsuit read.

The court’s decision comes eight days after more than 3,000 service members in the Air Force were granted exemptions for medical or nonreligious reasons – a first within the military branch.”