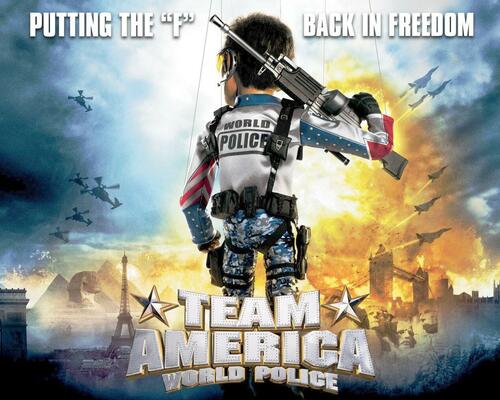 Endless Wars Are The Enemy Of Freedom

“Of all the enemies to public liberty war is, perhaps, the most to be dreaded because it comprises and develops the germ of every other. War is the parent of armies; from these proceed debts and taxes… known instruments for bringing the many under the domination of the few.… No nation could preserve its freedom in the midst of continual warfare.”

War is the enemy of freedom.

As long as America’s politicians continue to involve us in wars that bankrupt the nation, jeopardize our servicemen and women, increase the chances of terrorism and blowback domestically, and push the nation that much closer to eventual collapse, “we the people” will find ourselves in a perpetual state of tyranny.

It’s time for the U.S. government to stop policing the globe.

This latest crisis—America’s part in the showdown between Russia and the Ukraine—has conveniently followed on the heels of a long line of other crises, manufactured or otherwise, which have occurred like clockwork in order to keep Americans distracted, deluded, amused, and insulated from the government’s steady encroachments on our freedoms.

And so it continues in its Orwellian fashion.

Two years after COVID-19 shifted the world into a state of global authoritarianism, just as the people’s tolerance for heavy-handed mandates seems to have finally worn thin, we are being prepped for the next distraction and the next drain on our economy.

War has become a huge money-making venture, and the U.S. government, with its vast military empire, is one of its best buyers and sellers.

What most Americans—brainwashed into believing that patriotism means supporting the war machine—fail to recognize is that these ongoing wars have little to do with keeping the country safe and everything to do with propping up a military industrial complex that continues to dominate, dictate and shape almost every aspect of our lives.

Consider: We are a military culture engaged in continuous warfare. We have been a nation at war for most of our existence. We are a nation that makes a living from killing through defense contracts, weapons manufacturing and endless wars.

We are also being fed a steady diet of violence through our entertainment, news and politics.

All of the military equipment featured in blockbuster movies is provided—at taxpayer expense—in exchange for carefully placed promotional spots.”