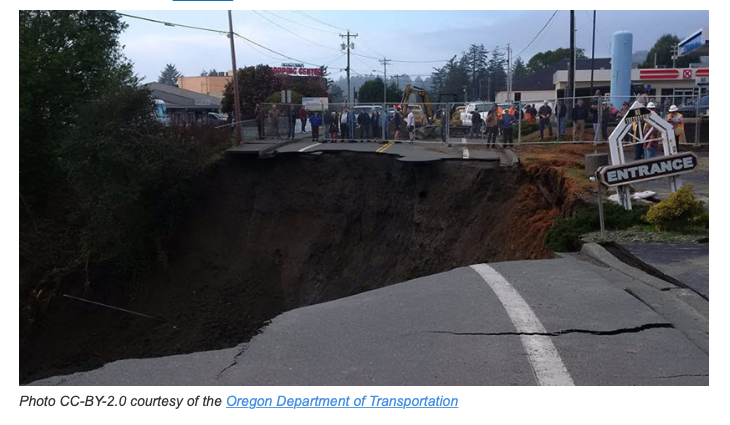 Fed One Meeting Away from Creating a Doomsday Market Sinkhole

“The effective Federal Reserve funds rate (the EFFR) has been sitting at virtually zero for a long time now. It feels a little strange to think about the fact that it was 14 years ago when the central bank first helped to trigger the crash of 2008; and we are still dealing with the consequences of it today. I only started writing for the liberty movement two years before that. The amount of time that it takes for economic disasters to develop is well beyond the average person’s attention span. In fact, there are many people who are adults today that have no clue what happened in 2008 because they were in elementary school when it went down.

This is how the establishment is able to get away with the negative changes to our national standard of living – because these changes usually happen over the course of decades and almost no one notices.

That said, there comes a point in any financial collapse where the floor is as thin as it will ever get. When the next shoe drops it’s going to break right through along with along with all the furniture. At this stage there is no slow moving crash, everything goes all at once. We have already seen this scenario in action, and again, I don’t think very many people remember the event.

Here’s what most people have forgotten

In 2018 the Fed began hinting at the institution not only of rate hikes but also cuts to asset purchases and its balance sheet simultaneously. It’s important to understand that effective rates had been sitting near zero for almost a decade and cheap overnight loans from the central bank were feeding one of the longest running corporate stock buyback bonanzas in history. Stock buybacks and easy Fed money facilitated a near endless bull market rally in equities. The lack of real price discovery and the perpetual free-for-all was so bad that the mantra for stocks became “Buy the freaking dip!”

The assumption was that the Fed was always going to step in to protect markets from falling. Why? Because they had done this for several years, creating the biggest spike in the Dow and Nasdaq of all time. Why would they do anything different? But, in 2018, for short time we witnessed what would happen if the central bank was to take away the punch bowl and it was not pretty.

Closing in on mid-2018 the Fed began to hike rates and cut its balance sheet more aggressively. We had seen small intermittent rate hikes since 2015, but these had not coincided with asset cuts or changes in overnight loans to major banks and corporations. The markets immediately began to reverse more than we had seen in some time, gas prices jumped and the yield curve flattened after rates rose a mere 50 basis points. It didn’t take much to cause a panic among investors.

So, to be clear, the major business and investment framework of the U.S. has been so dependent on cheap credit from the Fed that even the tiniest increase in interest rates was enough to almost unhinge the entire system. Of course, bull market ticker trackers in the media missed the whole purpose of this exercise.

The Fed reversed course on hikes and their balance sheet in mid-2019, so the mainstream once again assumed that this meant the central bank would “never” allow markets to fall.

Back in 2018 the argument was that there was no need for the Fed to hike rates or drop assets because there was no imminent threat of inflation. The average economist and the media refused to acknowledge the many warning signs that high inflation was going to hit us in the near term. But the Fed knows exactly what it is doing and they understand that the trillions upon trillions of dollars they created out of thin are after the derivatives crisis will ultimately come back to bite the U.S. economy in the butt in the form of price inflation and stagflation.”