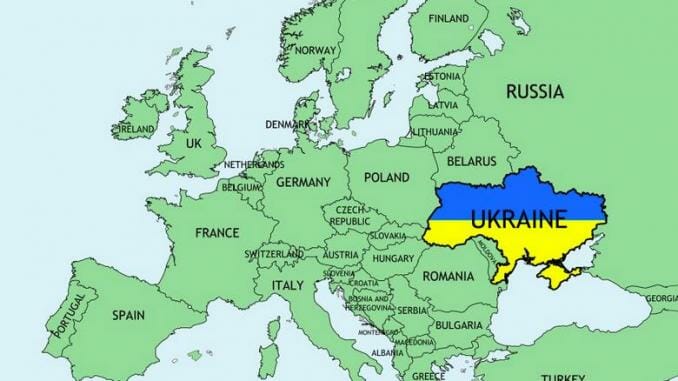 “Last Friday, a day after speaking with President Biden, Ukrainian President Volodymyr Zelensky reportedly slammed Western powers for creating a “panic” by claiming Russia is planning to invade his country. An unidentified source reported that Zelensky told President Biden to “calm down” the messaging and warned against creating a panic. Two days earlier, presidential advisers from Russia, Ukraine, France and Germany met to discuss the Ukraine conflict and promised to uphold their cease-fire agreement.

In a recent video, Ron Paul and Daniel McAdams reminded listeners that the failed coup in Ukraine in 2014 was led by US Democrats and said the the current provocations against Russia are likely  being used as a deflection from Democrats’ current domestic policy failures. They pointed out that the CIA is training Ukrainian troops to kill Russians and the US has supplied weapons and nearly $500 million in taxpayer money to Ukrainian groups. Ron Paul commented that politicians conveniently leave out the fact that the Russian troops we’re being told are encroaching on Ukraine as an act of “aggression” are within Russian borders. Meanwhile, America has troops in about 150 nations around the world, but we don’t want that viewed as “aggression.”

“It seems we never learn our lessons. One war ends while another one is right on the horizon.

Recent news suggests that the neoconservatives will get their wish, a war with Russia. The U.S. announced it was beginning to evacuate personnel from Ukraine while Zero Hedge reported on Monday that Joe Biden was preparing to deploy 8,500 troops in Ukraine.

The bipartisan saber-rattling is strong to provoke armed conflict. The calls from both Democrats and Republicans are to impose new sanctions on Russia, which is always a precursor for war.

The fear is that Russia is going to occupy its neighbors in Ukraine. Kind of hypocritical, isn’t it?

As Daniel McAdams notes, America has been occupying Ukraine having overthrown several Ukrainian governments over the last few decades to install puppet government after puppet government as America’s hubris remains strong on believing it can police the world or democratize the world. Meanwhile, Republican look to score political points by describing Biden as weak if he doesn’t act swiftly while Democrats hate Russia as they continue to push lies of Russia meddling in our elections.

Meanwhile, there’s no discussion of the Constitution. Politicians on both sides in the Congress aren’t planning to offer any declaration of war, the only legitimate way to start a war under our Constitution.

As Ron Paul, former congressman and presidential candidate, wrote: “Russia-bashing is a bipartisan activity in Washington. Both parties think it makes them look ‘tough’ and ‘pro-America.’ But while Republican and Democrat politicians continue to one-up each other on ‘risk-free’ threats to Russia, they are increasingly risking a devastating nuclear war.”

“It’s all fun and games until the missiles start flying. And in this case we are risking total destruction over who governs eastern Ukraine! Has so much ever been risked for so little?” Paul added.

As Paul notes, the politicians conveniently leave out the fact that the Russian troops we’re being told are encroaching on Ukraine as an act of “aggression” are within Russian borders. Meanwhile, America has troops in about 150 nations around the world, but we don’t want that viewed as “aggression.”

As the Strategic Culture Foundation states: “All of this propaganda — for that’s what it is — relies on a toxic Cold War mentality, as well as Russophobia, arrogant assertions bereft of any substance, and dodgy data. Satellite imagery purportedlyof a Russian military buildup on Ukraine’s border actually shows established bases hundreds of kilometers inside Russia’s territory.”

The war pushers in the media leave out any reason why Russia might be concerned with Ukraine, Paul writes. Biden just gave $200 million to Ukraine meaning nearly $500 million after funds sent last month. That $500 million of your money to fund a foreign nation while we still face the continued COVID-19 tyranny and price inflation at home.

We’re being constantly lied to and fed propaganda from both sides and all for political gain and arrogance. Meanwhile, people will die if they get their way.

As Zero Hedge has reported, the story of Russia planning a “false flag” to spark conflict went far and wide in the media which showed no interest in finding out if the information, which was from anonymous sources initially until later the CIA admitting it came from Kiev intelligence officials, was true. And, no evidence has yet to be presented to confirm any plans of a “false flag.”

Still more anonymous news is being reported as gospel from the propaganda media.

“Major western news publications are running a story about a sinister plot by the Russian government, and — you may want to sit down for this — the sources of the report are anonymous, and the evidence for it is secret,” Caitlin Johnstone wrote.

Johnstone added: “The New York Times reports that according to anonymous individuals within the US and British governments, Russia is currently plotting to topple the existing government of Ukraine in some way using some method and then somehow install a puppet regime that is sympathetic to Moscow using some sort of means. What specifically those means and methods might be are not revealed to us in this very serious news report.”

There are no attempts for any peaceful resolutions, just clamoring for war.

“The situation can be defused extremely easily,” Paul Craig Roberts writes. “Russia is not asking for anything but a sense of security. They have made it completely clear that they will no longer tolerate the sense of insecurity in which they exist. They are not demanding that Washington turn over Ukraine, or Eastern Europe, or Western Europe to them. They have simply said, ‘Get off our doorstep.’”

Roberts added: “The fact that Washington politics together with neoconservative blind hatred of Russia has prevented this necessary step from being taken leaves open a range of possible miscalculations that could result in the death of life on earth. The profits and power of the US military/security complex are not worth this risk.”

Paul concluded his piece: “What to do about Russia? Stop backing regime change along Russia’s borders, including Belarus, Kazakhstan, and elsewhere. Stop meddling in foreign elections. Look at how we wasted four years on false claims that the Russians meddled in ours. End weapons shipments and all aid to Ukraine. End sanctions. Re-imagine the US defense budget as a budget to actually defend the US. It’s really not that complicated: stop trying to rule the world.”