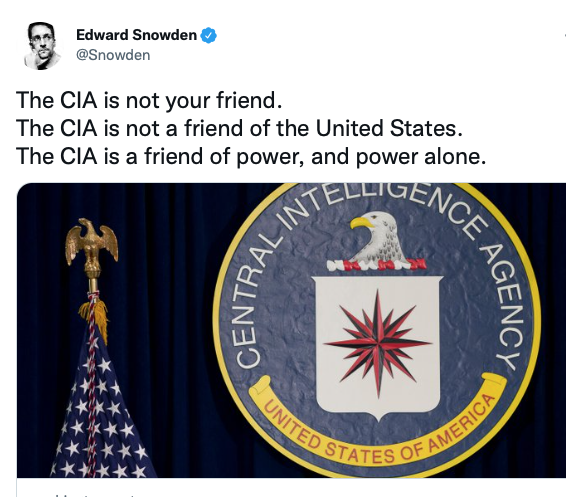 “Almost a decade after NSA whistleblower Ed Snowden with the help of journalists Glen Greenwald and Laura Poitras exposed that the National Security Agency had long swept up American citizens’ communications in a flagrant and persistent violation of citizens’ Fourth Amendment rights, it was revealed late Thursday night that the CIA has long had its own secret domestic spy program that collects American data.

New documents have just been declassified after a Senate inquiry into the data collection program. According to the Associated Press on Friday, “The CIA has a secret, undisclosed data repository that includes information collected about Americans, two Democrats on the Senate Intelligence Committee said. While neither the agency nor lawmakers would disclose specifics about the data, the senators alleged the CIA had long hidden details about the program from the public and Congress.”

You are about to witness an enormous political debate in which the spy agencies and their apologists on TV tell you this is normal and OK and the CIA doesn't know how many Americans are in the database or even how they got there anyway.

But it is not ok.https://t.co/KtL0Us0vBi

The senators charged that the secret program has been operating “outside the statutory framework that Congress and the public believe govern this collection” – which also without doubt means mass data collection without any level of court authorization, judicial review, or individual warrants. ”