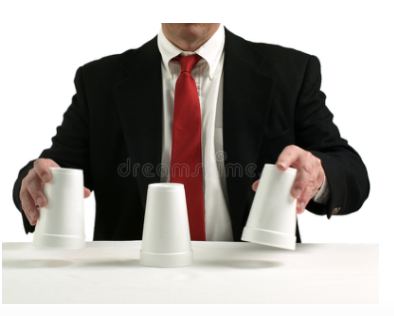 The Collapsing Covid Narrative is Being Replaced with Putin and Ukraine

“Game-changing news has emerged out of Iceland.

As of this week, Iceland is the first country in the world to completely drop ALL Covid measures. There will be no lockdowns or social restrictions. There will be no mandatory Covid testing and if you happen to catch Covid you do not have to isolate. There will be no vaccine passports and no vaccine mandates. Anyone regardless of their vaccination status can travel to the country with no test required. The unvaccinated will not face any form of discrimination or exclusion from society.

Iceland is returning to going back to life as it was before Covid.

This by itself would be astounding enough given that Iceland is in the midst of a massive Covid surge and posting record cases even as we speak.

If you did not know, the vaccination rate in Iceland is some 80% of the total population which means that around 90% of the adult population is fully vaccinated.

Obviously, the vaccines have done absolutely nothing to stop or even slow down the spread of the SARS-CoV-2 virus. Quite on the contrary, they seem to have led to its increase.

Not only has the government of Iceland decided to drop all Covid restrictions and vaccine requirements, but the Ministry of Health issued remarkable new guidelines on how to deal with the virus. The country’s health authorities have advised the Icelanders that “as many people as possible need to be infected with the virus as the vaccines are not enough.”

Do you hear this?

This marks the complete negation of the official Covid narrative which was accepted as the conventional wisdom by nearly every government for the last two years.

The narrative ran something this: People should try to avoid getting infected at all costs and instead wait until they can get injected with the hastily concocted experimental vaccines from Pfizer, Moderna and such.

Now, however, governments are increasingly encouraging their citizens to forget about the vaccines and instead go out and take on the virus with their own immune system.

What in the world?

They are saying this after two years of heavy-handed lockdowns, restriction and closures that have caused untold economic, social and psychological damage.

They have changed their mind after having conducted a global vaccination crusade that saw more then 60 percent of the Earth’s population injected with inadequately tested vaccines that have proved to be less than effective and that have needlessly killed what could be millions of people worldwide.

This is undoubtedly one of the greatest debacles in the annals of man.

There were scientists who advocated herd immunity through natural infection at the outset. Those voices, however, were ridiculed, censored, discredited, fired and cancelled.

Instead, one after another, governments across the world seized the false narrative and proceeded to impose a cascade of disastrous measures that inflicted unprecedented damage on the human race.

In the weeks ahead they will try to excuse themselves by claiming that the virus has changed and that it is less dangerous now that it was at the outset. This is true to some degree. The fact, however, remains that the virus never posed a great danger to most people. Its survival rate for non-confined individuals was some 99.7 percent. It posed virtually no threat to healthy children. It posed only relatively low risk to active healthy people of productive age. Certainly, the threat was not sufficient to justify wide scale school and business closures and other onerous measures.

Nor did it justify indiscriminate mass vaccination of children and healthy people with the dangerous and deficient vaccines.

These policies were a gargantuan mistake that cost untold trillions of dollars and countless lives.

Now that the false narrative is collapsing, those responsible for this debacle should be asked to explain themselves. These people, however, are very cunning and they are already in the process of skillfully diverting the public’s attention to another place with a new narrative.

Today they are all talking about Vladimir Putin as the greatest threat to mankind. They hope to inflame people’s passions so they will not notice that Covid has somehow gone away even though a short while ago we were allegedly all in danger of dying from it.

Now Vladimir Putin is the greatest evil we have ever faced. And as the added bonus, they will be able to blame him for the inflation, depression and other catastrophes brought by two years of destructive Covid policies.

The Covid-19 crisis was a government-imposed disaster from beginning to the end.

The virus – which was created by the Chinese state in cooperation with Dr Fauci and his friends – either escaped or was released from the biolab in Wuhan.

The Ukrainian crisis is likewise a government induced disaster.”