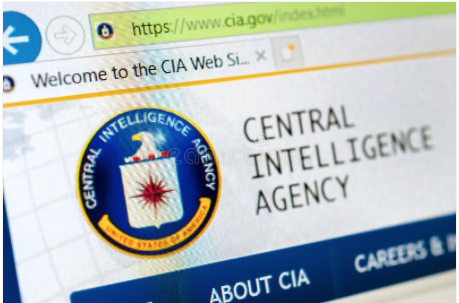 The CIA wanted Nixon gone, because Nixon was threatening the military/security complex’s budget and power by making arms control  agreements with the Soviets and by opening to China.  The CIA was afraid to assassinate Nixon because of the suspicion it was under for assassinating President Kennedy and Senator Kennedy.  So the CIA used the Washington Post to assassinate Nixon politically.

The entire history of the Washington Post is one of fake news.  The latest fake news from the disinformation sheet claims that the Russian troop pullback is a “deliberate ruse to mislead the United States and other world powers” about Russia’s planned invasion of Ukraine. “Anonymous US intelligence sources” (the CIA) are cited as the source.  https://www.rt.com/russia/549818-washington-believes-moscow-plotting-invasion/

First of all, the Russian troops were part of an exercise, not an invasion plan.  But push this fact aside and ask yourself what is the point of Russia concealing its plans?  If Russia wants to invade Ukraine, no one on earth can do anything whatsoever about it.  So why hide it?  Indeed, with satellites overhead a force concentrated for invasion cannot be hidden.  The presstitute who wrote the story and the CIA that dictated it are thinking in WW II terms when modern surveillance capabilities did not exist.

Ask yourself also why Russia needs to create a false flag attack in order to justify invading Ukraine.  If Russia wants Ukraine, Russia has plenty of up front reasons.  One is to prevent Ukraine from being a NATO member and hosting US missile bases on Russia’s border. Another is that Ukraine is part of Russia and had been for 300 years until the Americans broke it off from Russia when Russia was to weak to do anything about it. Another reason is that Ukraine has violated the Minsk Agreement and continues to attack the Russian population in the Donbass region.

In actual fact, Russia doesn’t need any excuse, because no one can stop them.

Also ask yourself what is the point of an excuse.  No matter how good it is, Washington and NATO would not believe it.  The excuse would do no good and serve no purpose.  In fact an excuse would be worse than no excuse, because the excuse would simply result in the endless refutation of the excuse.

If I were Putin and I wanted Ukraine, I would just take it.  I would say, you Americans took Iraq and Libya. The Israelis stole Palestine.  I’m taking Ukraine.

The real question is one the presstitutes will never address.  Does all the focus on an imagined Russian invasion of Ukraine serve to direct attention away from the 150,000 Ukrainian troops on the Donbass border as Ukraine prepares to invade the Donetsk and Lugansk republics that broke away from Ukraine and are in the process of evacuating citizens to Russia in anticipation of a Ukrainian invasion?

The United States does not have a media.  It has a propaganda service for the military/security complex, the pharmaceutical industry, and the global elite.  It is impossible to wring one word of truth out of the US media.”

Ex-CIA director Pompeo: “We lied, we cheated, we stole- it was like, we had entire training courses”