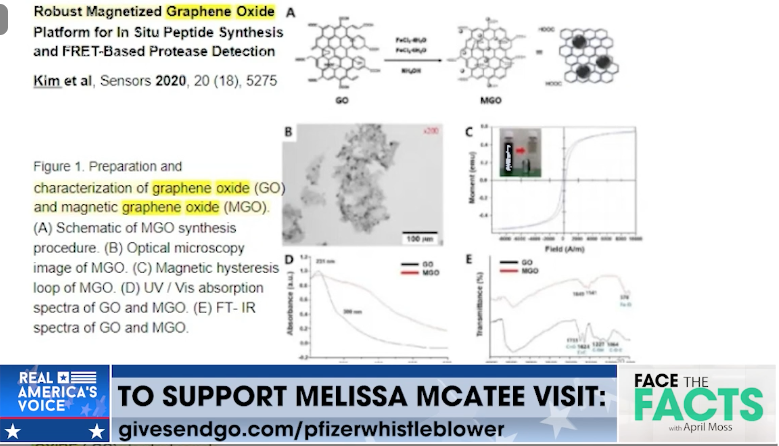 Click on “Interview with Melissa McAtee – ‘Pfizer Whistleblower'”   LINK TO VIDEO
In this new interview with April Moss of Real America’s Voice, Melissa McAtee — former Pfizer employee and whistleblower — adds detail to her previous interview with James O’Keefe and Project Veritas. McAtee says that, during her employment with Pfizer, the Pfizer ‘Covid’ vaxx was produced with unprecedented secrecy, in which unmarked lots of ingredients labeled simply as “A”, “B”, “C”, “D,” etc., were received by the Pfizer manufacturing plant and then mixed together in the production facility, to produce the final “vaccine” product that is then injected into millions of people.
McAtee also claims that the Pfizer label on each vial of the Covid jab, was intentionally placed lower than usual on the vial, in order to hide the glowing, bioluminescent nature of the liquid comprising the so-called “vaccine,” owing to what she says is the possible inclusion of luciferase in the mixture. The presence of graphene oxide in the vials is also discussed.

Additionally, information about the Gates foundation investment in Pfizer as recent as August 2021.