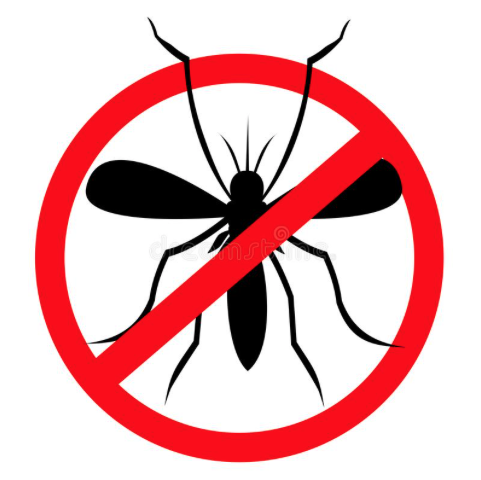 Florida and California: STOP RELEASE of Billions of GM Mosquitoes!

“After gaining approval to release 750 million genetically modified (“GM”) mosquitoes in Florida during 2021/2022, British-based biotech company Oxitec is planning to expand the mosquito drops by releasing 2 billion of them in California and the Florida Keys. Following the EPA’s approval earlier this month, Oxitec will now submit permit applications to state regulators for their review.

The disturbing plan is bankrolled by the Bill & Melinda Gates Foundation. Additionally, in April 2021, Oxitec announced that The Wellcome Trust awarded Oxitec $6.8 million in funding to scale up its mosquito technology.

Oxitec, originally Oxford Insect Technologies, was founded in 2002 by Luke Alphey, David Kelly and Paul Coleman working with Oxford University’s Isis Innovation technology transfer company. The three founders are no longer associated with Oxitec with Alphey now at the Pirbright Institute and Kelly and Coleman going on to found H2O Impact Ventures.

Oxitec was purchased by US-based Precigen and, from early 2021, is now owned by Third Security, who also owns 40% of Precigen. It’s headquarters and R&D facilities are still in the UK, just a few miles from where they started at Oxford University.  It was named a World Economic Forum technology pioneer in 2008 and has been recognised by the Bill & Melinda Gates Foundation ‘Grand Challenges for Global Health Initiative’.

Oxitec’s GM mosquitoes are entirely all males whose offspring die before they reach adulthood. Because they’re males, they do not bite. The purpose of the drops is to lower the incidence of mosquito-derived tropical diseases like yellow fever and dengue by drastically reducing the mosquito population.

The company has also included a fluorescent marker gene, which creates a protein that causes the larvae with the gene to glow when exposed to certain light.

For those who may be interested, a list of patents assigned to Oxitec can be found HERE.

When you disrupt an ecological system whether it’s a small disruption or a big disruption, you’re going to have an impact,” said Dana Perls, a program manager at Friends of the Earth.  “Once you release these mosquitos into the environment, you cannot recall them,” she said, “this could, in fact, create problems that we don’t have already … it’s unclear if the genetically-modified mosquitos will behave the way Oxitec predicts.”

A decade ago, GM mosquitoes were first released globally, in the Cayman Islands, by Oxitec. Further releases followed in Malaysia, Panama and Brazil.  When Oxitec dropped GM mosquitoes in Brazil the offspring didn’t always die, according to independent researchers. Their study concluded parts of the gene alteration had unexpectedly migrated into the target population of local mosquitoes and the GM mosquitoes were equally suitable as carriers of infectious diseases as the mosquitos were before the experiment. To make matters worse, about 18 months after the experiment ended the mosquito population returned to what it had been before.

An article, ‘Oxitec’s failed GM mosquito releases worldwide: Forewarnings for Africa and the Target Malaria project’, published by African Centre for Biodiversity details the serious concerns arising from the releases of GM mosquitoes around the world, which range from the risks posed to local populations and the environment to the lack of adequate risk assessment and flouting of international and local regulations.

Dr Helen Wallace from GeneWatch UK highlighted some key points of the article in a 2019 video. Africa needs to heed these lessons, as the Gates-funded Target Malaria project has its sights on the continent, with the imminent planned release of 10,000 GM mosquitoes in Burkina Faso, a proposal that has raised ethical, scientific and regulatory concerns.

Apart from the ecological disruption and damage, are GM insects something we should be concerned about?  If the history of Bill Gates and US biolabs in Georgia are anything to go by, yes.

In 2008 the Bill & Melinda Gates Foundation approached an esteemed Japanese university with an intriguing proposal. They wanted to manufacture a revolutionary type of GM mosquito. Through artificial alterations, the tiny pests would be capable of administering vaccines with a single bite.

Professor Hiroyuki Matsuoka received $100,000 to facilitate this unprecedented endeavour. The Microsoft founder offered $1,000,000 to any technician successful in creating “flying syringes.” Gates planned on mass-producing the pharmaceutical-laden insects and distributing them worldwide.

One year later the sweater-clad computer nerd hosted a presentation at an elite conference. Amid his speech about malaria, the self-proclaimed humanitarian released a swarm of captured gnats onto audience members. As the ravenous bloodsuckers freely roamed, he gleefully exclaimed: there’s no reason only poor people should have the experience!

We can only hope that while the audience was laughing at his offensive “poor” joke, Gates’ mosquitoes were injecting them.

In 2014, Kenyan Dr. Muhame Ngare sent six samples from around Kenya of an anti-tetanus “vaccine,” which was being administered to 2,3 million women and girls, for testing in a laboratory.  “They tested positive for the HCG antigen,” Dr. Ngare said, “they were all laced with HCG … This proved right our worst fears; that this WHO campaign is not about eradicating neonatal tetanus but a well-coordinated forceful population control mass sterilisation exercise using a proven fertility regulating vaccine.”

WHO carried out similar vaccination campaigns in Mexico in 1993 and in Nicaragua and the Philippines in 1994.

In 2015 – after the WHO’s decision to blanket Kenya with polio vaccines, well over and above routine injections – Dr. Ngare tested a shipment of the vaccines before any immunisation took place. Two of the six polio vaccines tested contained estradiol.  In animal studies, estradiol, when exposed to males, had been shown to damage the sperm-forming mechanism in the testes.

A 2017 study found girls vaccinated in Guinea Bissau with the DTP vaccine – the flagship of Bill Gates’s GAVI/WHO African vaccine program – died at 10 times the rate of unvaccinated children.  The vaccine was discontinued in the US in the 1990s but Bill Gates and his surrogates, GAVI and WHO, made DTP a priority for African babies.

Regarding Covid injections, Dr. Mike Yeadon, Professor Delores Cahill, Dr. Byram Bridle, Dr, Roger Hodkinson and many others have expressed from the start, and on numerous occasions, their concerns relating to the impact the mRNA gene therapy injections, so-called “Covid vaccines,” would have on fertility in both males and females.

And studies have confirmed their concerns. In 2021, Professor Dr. Hervé Seligmann examined fertility in countries that have high rates of Covid injectionuptake compared to those that have not. He concluded women’s fertility decreases the more women are “vaccinated.”

Shouldn’t we be scrutinising Bill Gates’ record before we let him dictate which medicines, or pathogens, are administered, to whom and how?

Entomological warfare (“EW”) is a type of biological warfare that uses insects to interrupt supply lines by damaging crops, or direct harm to enemy combatants and civilian populations.

One type of EW is a direct insect attack against crops; the insect may not be infected with any pathogen but instead represents a threat to agriculture.  France, for example, is known to have pursued EW programs during World War II.  Like Germany, the nation suggested that the Colorado potato beetle, aimed at the enemy’s food sources, would be an asset during the war.

Another type of EW involves infecting insects with a pathogen and then dispersing the insects over target areas. The insects then act as a vector, infecting any person or animal they might bite.

According to Wikipedia’s page, the Soviets developed techniques for using insects to transmit animal pathogens, such as: foot and mouth disease. And during the Cold War, the US military developed plans for an entomological warfare facility, designed to produce 100 million yellow fever-infected mosquitoes per month.  A US Army report titled “Entomological Warfare Target Analysis” listed vulnerable sites within the Soviet Union that the US could attack using entomological vectors. The military also tested the mosquito biting capacity by dropping uninfected mosquitoes over US cities.

US intelligence officials have suggested that insects could be genetically engineered via technologies such as CRISPR to create GMO “killer mosquitoes” or plagues that wipe out staple crops. There is research ongoing to genetically modify mosquitoes to curb the spread of diseases, such as Zika, and the West Nile virus by using mosquitoes modified using CRISPR to no longer carry the pathogen.

However, this research also shows that it may also be possible to implant diseases or pathogens via genetic modification. It has been suggested by the Max Planck Institute for Evolutionary Biology that current US research into genetically modified insects for crop protection via infectious diseases which spread genetic modifications to crops en masse could lead to the creation of genetically modified insects for use in warfare.

In 2015, a US patent was granted for a toxic mosquito aerial release system. The invention includes a drone which can release infected mosquitoes.

The toxic mosquito aerial release system works by having a small RF controlled drone that includes a flying mosquito breeding laboratory. All of the conditions are perfect for mosquitoes to be born, to eat and become contaminated, and to safely evacuate the toxic mosquito aerial release system when it is flying above the targeted enemy. Swarms of mosquitoes will then fly down and bite the enemy. As the enemy swats at a mosquito that just bit him, he will not realise that this toxic mosquito bite is much more effective than a bullet.

According to Bulgarian journalist Dilyana Gaytandzhieva Moscow has repeatedly voiced its concerns about the potential development of biological weapons near the Russian borders, including the spread of diseases through insects.

During a 28-minute video made in 2018 she showed that Pentagon scientists have been deployed to the Republic of Georgia and have been given diplomatic immunity to research deadly diseases and biting insects at the Lugar Center – the Pentagon biolaboratory in Georgia’s capital Tbilisi.  We have embedded her video below to begin at this point of her documented investigation.

If we want to save ourselves and our planet from these maniacs, we need to, at the very least, ask some serious questions about GM mosquitoes being released in the US and globally.

Link To Read the Full Article