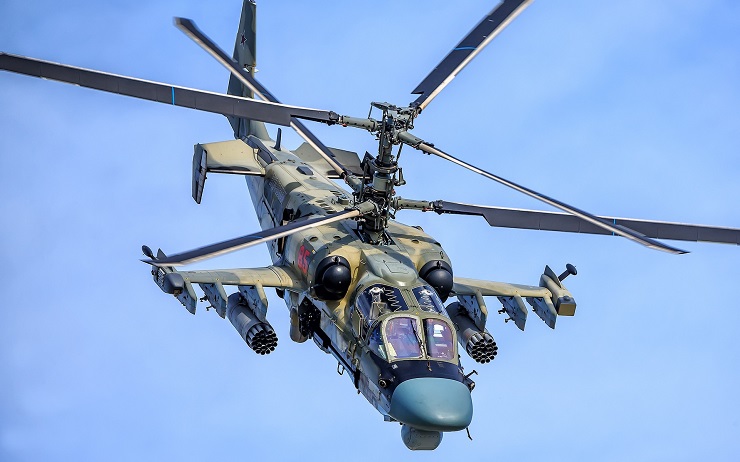 Is Ukraine-NATO-Russia A Calculated Move to Advance WEF/Blackrock’s 2030 Great Reset?

“The question is whether this years-long provocation by Washington and NATO of Russian national security via Ukraine is aimed at destroying the viability of Russia as a sovereign nation and military power. Is it a calculated move to use sanctions against Russia to cause global collapse and energy crises, food shortages and worse, all to advance the Davos 2030 Great Reset agenda? Blame it on the “evil Putin” and Russia while BlackRock and the financial powers reorganize the world? It is too early to tell but certain is that whatever prompted the action by Russia on February 24, 2022 had to have been far more serious than CNN or other controlled Western media are telling us.”

“The decision by the Russian President to order military action in neighboring Ukraine beginning February 24, 2022 has shocked many, myself included. The question at this point almost two weeks into military action by Russian and other forces inside Ukraine, is what pushed Russia into what Western media portrays as unilateral unwarranted war of aggression. A public threat by Ukrainian president and comedian Volodymyr Zelenskyy on February 19, during meetings with top-level NATO officials and others in the annual Munich Security Conference, provides a largely-ignored clue to Moscow actions. In addition more recent reports of numerous US Pentagon bioweapons labs across Ukraine add to the background threats. Did Moscow believe Russia faced a literal do-or-die reality?

The current conflict in Ukraine has its seeds in the 1990’s and the US-backed collapse of the Soviet Union. During high-level Two Plus Four Treaty talks pertaining to Germany’s reunification in 1990, talks between US Secretary of State James Baker III and then-Soviet leader Mikhail Gorbachev, along with France, the UK and the West German government, over unification of Germany, Baker gave a verbal promise that NATO would not move “one inch” to the East to threaten former Soviet territories, in return for the USSR allowing German reunification within NATO.

For years Washington has lied about the exchange, as they moved one after the other former Warsaw Pact countries including Poland, Czech Republic, Romania, Hungary, Baltic States into NATO and closer to striking distance to Russia. Recently Putin cited the 1990 Baker agreement to justify Russian demands that NATO and Washington give binding legal assurances that Ukraine would never be admitted into the NATO alliance. Washington until now has categorically refused to do so.

At the 2007 annual Munich Security Conference, as the Bush-Cheney administration had announced plans to install US missile defense systems in Poland, Romania and the Czech Republic to,“guard against rogue states such as North Korea or Iran,” Russia’s Putin delivered a scathing critique of the US lies and violation of their 1990 assurances on NATO. By that time 10 former communist Eastern states had been admitted to NATO despite the 1990 US promises. Furthermore, both Ukraine and Georgia were candidates to join NATO following US-led Color Revolutions in both countries in 2003-4. Putin rightly argued the US missiles were aimed at Russia, not North Korea or Iran.

In his 2007 Munich remarks Putin told his Western audience, “It turns out that NATO has put its frontline forces on our borders, and we continue to strictly fulfil the treaty obligations and do not react to these actions at all. I think it is obvious that NATO expansion does not have any relation with the modernization of the Alliance itself, or with ensuring security in Europe. On the contrary, it represents a serious provocation that reduces the level of mutual trust. And we have the right to ask: against whom is this expansion intended? And what happened to the assurances our western partners made after the dissolution of the Warsaw Pact? Where are those declarations today? No one even remembers them.” Putin added, “But I will allow myself to remind this audience what was said. I would like to quote the speech of NATO General Secretary Mr Woerner in Brussels on 17 May 1990. He said at the time that: “the fact that we are ready not to place a NATO army outside of German territory gives the Soviet Union a firm security guarantee”. Where are these guarantees?” That was 15 years ago.

By November 2013 an economically corrupt and floundering Ukraine under elected and also very corrupt President Viktor Yanukovych, announced that, rather than accept a “special” association with the EU, Ukraine would take a far more generous offer from Moscow to join the Eurasian Economic Union led by Moscow. Russia had agreed to cut the price of Russian gas to Ukraine by 30% and to buy $15 billion of Ukraine bonds to ease the Kiew financial crisis.

At that point, on 21 November, Arseniy Yatsenyuk, the man selected by Washington’s Victoria Nuland and Kiev Ambassador Geoffrey Pyatt, together with then-Vice President Joe Biden, launched what were called Maidan Square protests against the Yanukovych regime backed by US NGOs. On February 20, 2014 after CIA-organized snipers, reportedly recruited from nearby Georgia, killed dozens of student protesters and also police, leading Yanukovych to flee, Yatsenyuk became Prime Minister in a hand-picked US-run regime, hand-picked by Nuland and Biden among others.

Later in December 2014 in an interview with a Russian newspaper, George Friedman of Stratfor, a private firm consulting to the Pentagon and CIA among others, said of the US-led February 2014 Kiev regime change, “Russia calls the events that took place at the beginning of this year a coup d’etat organized by the United States. And it truly was the most blatant coup in history.” He was boastful in the interview.

That Kiev coup regime proceeded after February 22, 2014 to wage a war of extermination and ethnic cleansing of Russian-speakers in eastern Ukraine, led to a large degree by a private army of literal neo-nazis from Right Sector (banned in Russia), the same ones who ran security in the Maidan Square and launched a reign of terror against Russian-speaking Ukrainians. Battalions were formed of neo-nazi mercenaries. They were given official state status as “Ukrainian National Guard” soldiers, the Azov Battalion, financed by Ukrainian mafia boss and billionaire oligarch, Ihor Kolomoisky, the financial backer of Zelenskyy as president. The Azov soldiers even sport open SS runes as its logo. In 2016, the Office of the UN High Commissioner for Human Rights (OHCHR) accused the Azov Battalion, officially upgraded to a regiment in January 2015, of committing war crimes such as mass looting, unlawful detention, and torture.

Today Nuland is Biden’s Under Secretary of State for Political Affairs responsible for Ukraine and Russian affairs. She is well aware of who the Azov Battalion are.”