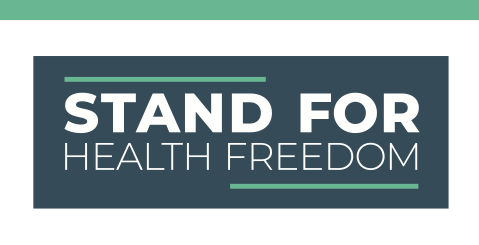 Sign the petition to tell U.S. lawmakers it is time to shield U.S. Children from harm and hold pharma accountable for vaccine injury and death.

President Biden asked Congress at his first State of the Union address to “Repeal the liability shield that makes gun manufacturers the only industry in America that can’t be sued.”[1]

Our president was wrong. The vaccine industry has enjoyed a shield from liability since 1986. When a child is injured by a vaccine or the COVID shot, there’s no opportunity for a lawsuit.

There are six exceptions to the gun industry liability shield, meaning a gun manufacturer can be sued in a court of law, even if it’s difficult. In contrast, since the National Childhood Vaccine Injury Act took effect in 1988, any attempt to bring a case involving vaccine injury in a court has failed.

Any claimed injuries after vaccination go to “Vaccine Court” where Special Masters with no scientific or medical training decide whether injury was due to a vaccine. Since 1988, there have been 24,778 vaccine injury petitions filed-8,696 of which were compensated.[2] That’s a minimum of almost 25,000 American children and families whose fate was determined by an administrative court—with decisions unavailable to the public—rather than having access to trial-by-jury.

As of February 2022, there are over 800,000 injuries reported to VAERS after a COVID shot. This amounts to over half of all reported injuries from all vaccines combined since 1988. Clearly, not all of the 800,000+ reports will turn into injury claims, but many will. Pfizer, Moderna, Janssen, and any other manufacturer will not be held financially responsible for any devastation caused by COVID shots, despite astronomical record-breaking profits from the shot.

As a community, let’s show that we want liability protections removed from the pharmaceutical industry to restore accountability for any harm to our children. Once we get to 100,000 signatures, Stand for Health Freedom will present the petition to key Congressional representatives.

The multinational pharmaceutical corporations that manufacture and distribute vaccines in the US benefit from extraordinary market access and almost complete legal protections. The federal government recommends a childhood vaccine schedule of over 70 doses of 17 vaccines. Guided by this schedule, all 50 states mandate vaccines for daycare and school admission. Primary care physicians administer vaccines to children according to the federal schedule as standard of care medicine, starting in hospitals on the day of birth. Health insurance plans and government entitlement programs cover the cost of vaccines.

Most notably, the streamlined and subsidized reach to 72 million American children [3] that vaccine makers enjoy is nearly liability-free. After years of industry lobbying, President Regan signed the National Childhood Vaccine Injury Act of 1986 (“1986 Act”) into law. Vaccine makers had threatened to stop manufacturing vaccines because they were tired of paying brand-damaging, multi-million dollar payments to settle lawsuits for injuries and death caused by vaccines. Following passage of the 1986 Act, if an American child is injured or dies following the administration of a federally-recommended childhood vaccine, the family is barred from suing the manufacturer of the vaccine or the health care professional who administered it.[4]

In 2011, the US Supreme Court held that parents whose children were catastrophically injured or died from vaccines could not sue for design defect liability. In other words, even though the federal government acknowledges vaccines are “unavoidably unsafe”,[5] and cause irreversible harm and death to some who receive them, the financial responsibility for the injured children’s care belongs to the parents even in cases where the vaccine had a bad design. The sole recourse for families is the National Vaccine Injury Compensation Program (“Vaccine Court”), established as part of the 1986 Act.[6] Parents describe Vaccine Court as an unwieldy and burdensome administrative program that does not afford due process. There is no judge or jury of peers, and the normal rules of evidence are relaxed. Without very specific circumstances of injury or death following a narrowly defined set of criteria, no compensation is awarded. In the history of the program, only approximately a third of cases have been compensated even though the Vaccine Court was designed by Congress to be a streamlined process less stressful than litigation to compensate those who would inevitably be injured by an “unavoidably unsafe,” one-size-fits-all pharmaceutical.

The no-liability childhood vaccine program is a threat to individuals and public health. It incentivizes the pharmaceutical industry to lobby for new vaccines and extra doses without the need to invest resources into making the safest and most effective vaccines possible. Since the passage of the removal of liability by the 1986 Act, there has been more than a three-fold increase in the number of vaccines on the US childhood vaccine schedule.

Link To Stand For Health Freedom