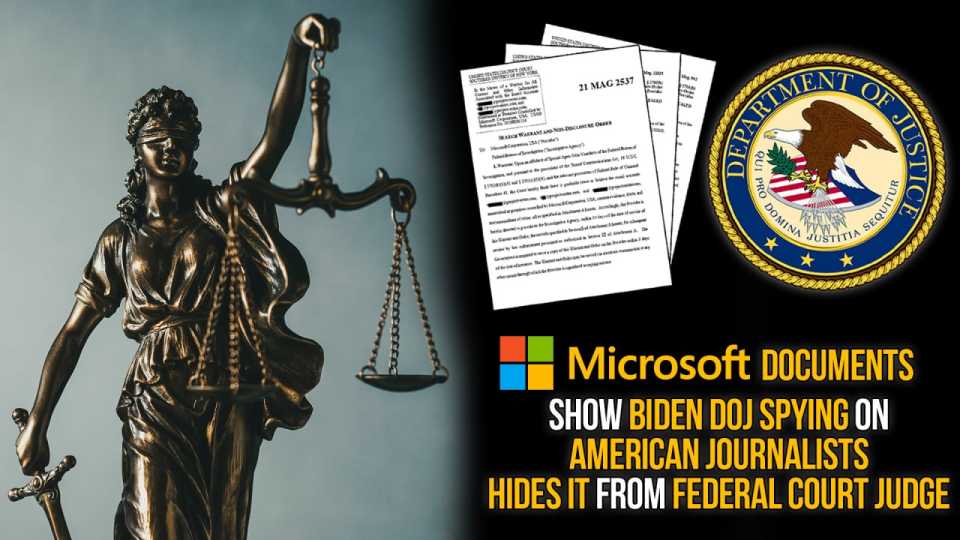 The Department of Justice then muzzled Microsoft from disclosing these orders via a series of secrecy orders signed by magistrates.

The documents further reveal the DOJ then went behind U.S. District Court Judge, Analisa Torres’, back to obtain extensions on the gag-orders on Microsoft from magistrate judges after Judge Torres ruled Project Veritas was entitled to “journalistic privileges.”

Despite multiple opportunities to do so, the DOJ has not publicly disclosed the orders, warrants, or subpoenas to Judge Torres or Special Master Judge Barbara Jones – who was appointed by Judge Torres to protect Veritas’ “journalistic privileges” from potential DOJ overreach. Judge Torres ruled that the DOJ’s investigation must be overseen by Judge Jones and ordered the DOJ not to review any materials seized from Project Veritas without Judge Jones’ approval.

The DOJ has not sought Judge Jones’ approval to review Project Veritas’ materials seized from Microsoft.

The documents uncover a sixteen-month clandestine campaign against journalists in which the DOJ obtained 7 secret orders, warrants and subpoenas from six magistrates within the Southern District of New York.

Paul Calli, an attorney for Project Veritas, fiercely opposed the actions from the DOJ which he called an act of “violence” to the First Amendment.”