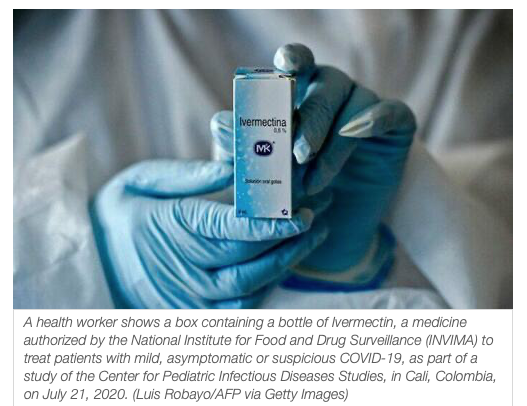 New Hampshire took a giant step closer to becoming the first U.S. state to offer Ivermectin without a prescription on March 16.

“By a 183 to 159 vote, New Hampshire’s Republican-dominated House of Representatives approved HB1022, which would allow pharmacists to dispense Ivermectin under a standing order, meaning anyone can go to a pharmacist and get the human-grade of the medication.

NH Republican lawmaker Leah Cushman, a nurse, and the bill’s sponsor, told The Epoch Times in January that she “had absolutely no doubt lives will be saved if human grade Ivermectin was available to COVID patients.”

“House Republicans sent a clear message today that we support expanding options for the treatment of COVID,” Cushman told The Epoch Times.

She said its approval by the House also means people will not have to resort to buying human-grade Ivermectin from a foreign country in order to exercise their right to use the medication to treat their symptoms.

Cushman added that the provision in the bill that safeguards doctors from any potential discipline—or an investigation by the state’s licensing board—for prescribing Ivermectin for COVID-19 takes “some of the political pressure” off them.

The bill still has to win final approval from the Senate, but that is also Republican-controlled and so far its GOP lawmakers have shown they believe in the state’s Live Free or Die motto when it comes to treatment choices about COVID-19.

In New Hampshire, the Ivermectin bill is one of several COVID-related proposals led by Republicans.

The House Health, Human Services, and Elderly Affairs Committee, which narrowly voted “ought to pass” on the Ivermectin bill,  also approved a proposed ban on the enforcement of any federal vaccine mandate and rejected a bill that would have added the COVID-19 vaccine to immunization requirements for public school students.

There has been a divide between NH Republicans and the state’s Gov. Chris Sununu, himself a Republican, over the COVID-19 virus with 13 protesters arrested last year after objecting to his push for the state to accept a total of $27 million in federal money to promote the COVID vaccine.

Sununu, however, who gets the final say over the bill, has steadfastly remained an opponent to mandating the vaccine and was the only governor in the northeast to join a gubernatorial lawsuit against the Biden administration over its federal vaccine mandate directive.

That called for anyone who worked at a company with 100 or more employees to be vaccinated against the virus.

The U.S. Supreme Court blocked the directive but left in place Biden’s mandatory vaccine requirement for healthcare workers. It has also refused to decide the argument that religious exemptions should be a constitutional guarantee to the vaccine.

In Maine, a close neighbor to New Hampshire, the state suspended the medical license of one of the region’s—if not the nation’s—most prominent doctors for prescribing Ivermectin, Hydroxychloroquine, and other alternative treatments to the vaccine.

Dr. Meryl Nass, a national expert on vaccine-induced illnesses, was also initially ordered to undergo psychiatric treatment, but the state’s medical licensing board withdrew that request.

Like the NH bill, other state bills seeking to make Ivermectin available over the counter, call for a ban of such retaliation by state licensing boards against doctors or nurse practitioners who prescribe patients Ivermectin and other alternative treatments.

“It’s incredible to me that the sole focus of the current administration and the Capitol’s ‘Science’ is on a vaccine that isn’t quite as ‘safe and effective’ as they make it out to be,” said Nathan Dahm (R-Broken Arrow), the bill’s primary sponsor.

The Food and Drug Administration along with many doctors remain opposed to the use of Ivermectin against COVID-19, arguing it has not yet been proven as an effective treatment for the virus.”