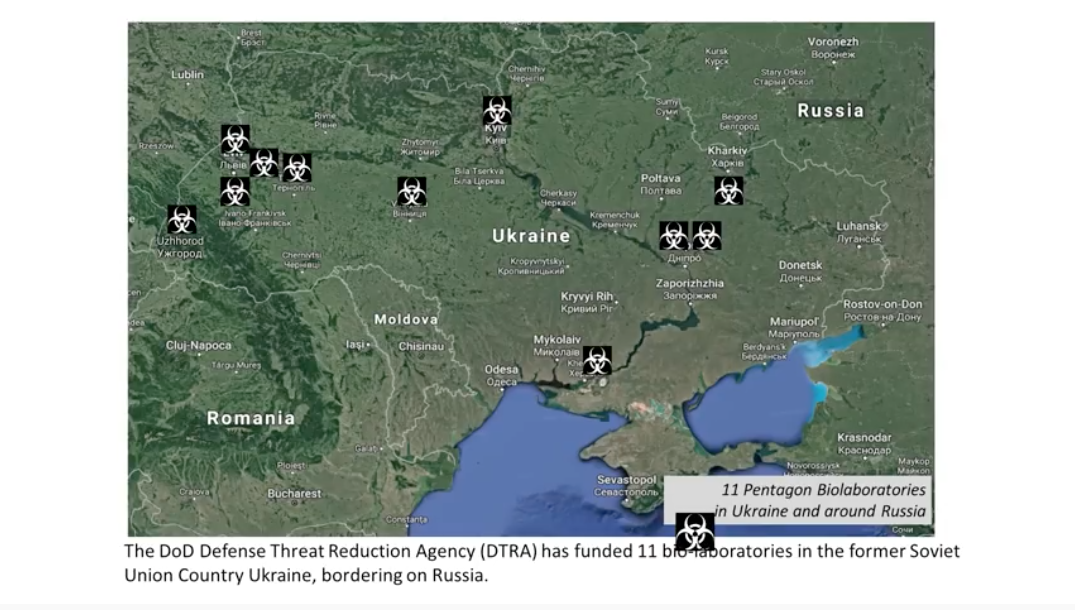 Presented by Dilyana Gaytandzhieva at the AV9 Conference, England in May 2018 The ‘Sergei Skripal’ affair in the UK, leaves many questions unanswered. Theresa May, Boris Johnson & the UK Ambassador to the UN, Jonathan Allen, could only imply that Russian origin of the supposed ‘Novichok’ Nerve Agent was “Highly Likely”!

The US Army regularly produces deadly viruses, bacteria and toxins in direct violation of the UN Convention on the prohibition of Biological Weapons. Hundreds of thousands of unwitting people are systematically exposed to dangerous pathogens and other incurable diseases. Bio warfare scientists using diplomatic cover test man-made viruses at Pentagon bio laboratories in 25 countries across the world. These US bio-laboratories are funded by the Defense Threat Reduction Agency (DTRA) under a $ 2.1 billion military program – Cooperative Biological Engagement Program (CBEP), and are located in former Soviet Union countries such as Georgia and Ukraine, the Middle East, South East Asia and Africa.

Dilyana’s investigation provides an overview of Pentagon’s vigour in the development of biological weapons.

Bio : Dilyana Gaytandzhieva is a Bulgarian investigative journalist and Middle East Correspondent. Over the last two years she has published a series of revealing reports on weapons smuggling to terrorists in Syria on 350 diplomatic flights. In the past year she came under pressure from the Bulgarian National Security Agency and after refusing to disclose her sources she was fired from her job at the Bulgarian newspaper Trud Daily without explanation. Despite this, Dilyana continues her investigations.