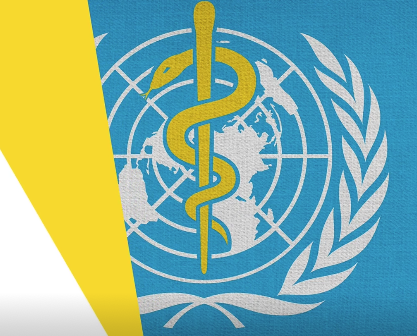 The World Council for Health (WCH), a coalition of scientists, doctors, lawyers, and civil society advocacy organizations, opposes the World Health Organisation (WHO)’s moves to implement a power grab in the form of a global pandemic agreement, while the world’s attention is diverted by the latest crisis.

The proposed WHO agreement is unnecessary, and is a threat to sovereignty and inalienable rights. It increases the WHO’s suffocating power to declare unjustified pandemics, impose dehumanizing lockdowns, and enforce expensive, unsafe, and ineffective treatments against the will of the people.

The WCH believes that the people have a right to participate in any agreement that affects their lives, livelihoods, and well-being. However, the WHO has not engaged in a process of public participation, which is evidence that its priority is capturing more power for itself and its corporate accomplices, than serving the interests of the people. Without an unbiased democratic process, any agreement by the WHO, acting via the United Nations, will be unlawful, illegitimate, and invalid.

Historically, the WHO leadership has failed the people. Among many examples, it approved the injurious H1N1 (swine flu) vaccine for a controversially declared pandemic. Equally, the WHO failed during the Covid-19 chapter as it encouraged lockdowns, suppressed early preventive treatments, and recommended product interventions that have proven to be neither safe nor effective.

The WHO cannot be allowed to control the world’s health agenda, nor enforce biosurveillance. While it receives funding from public sources belonging to the people, it is caught in a perpetual conflict of interest because it also receives substantial funding from private interests that use their contributions to influence and profit from WHO decisions and mandates. For example, the Gates Foundation and the Gates-funded GAVI vaccine promotion alliance, contribute over $1 billion a year.

WCH partners, from Australia to Zimbabwe, stand against this costly abuse of power and assert the sovereign right of people to make their own decisions, over and above what their representatives may want. We urge everyone to approach credible government representatives, political parties, trade unions, civil society groups, professionals, public figures, and independent media to:

We also encourage everyone to learn more about principles, accords, conventions, and treaties that protect the rights of men, women, and children. These include the Siracusa Principles in the International Covenant on Civil and Political Rights which provide legal standards to protect rights.

Leading up to the WHO’s 77th World Health Assembly in 2024, where the WHO intends to confirm their pandemic agreement, the WCH will continue to raise awareness through campaigning against this undemocratic move. For information about the WCH’s past work on this issue, follow these links to the WCH Townhall on the pandemic plan, and see these articles on the subject.

If you or your organisation want to support World Council for Health in this crucial campaign:

There is a better way. We are creating it together, for a healthy, inclusive, and harmonious world.

A printable PDF of this open letter can be found here.