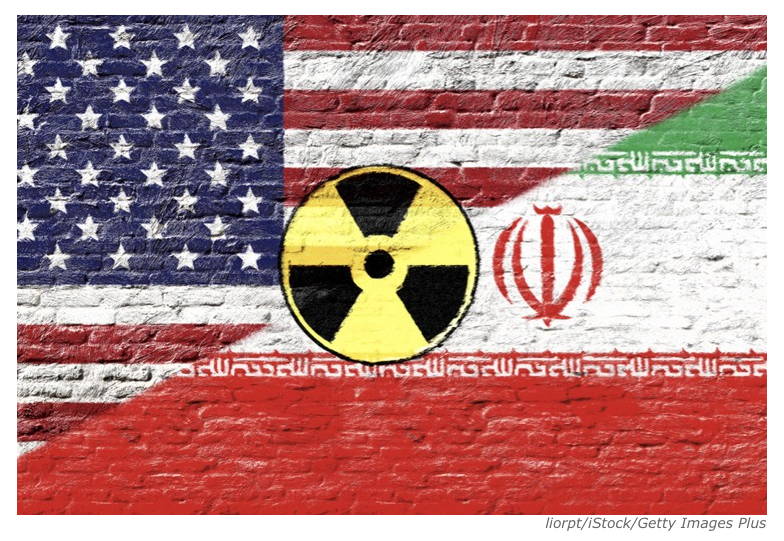 Why is the Biden Regime Brokering Iran Nukes Deal..with Russia?

“A European diplomat late last week claimed a U.S. agreement with Iran to revive the 2015 nuclear deal could be reached within days, as the world remains focused on the Russian invasion of Ukraine. This comes after weeks of talks in Vienna.

The nuclear deal, known officially as the 2015 Joint Comprehensive Plan of Action (JCPOA), set limits on Iran’s nuclear activity in exchange for dialing back international sanctions. The Trump administration took the United States out of the deal over concerns that the agreement did not do enough to prevent Iran from developing nuclear weapons.

Iran ultimately withdrew as well, after the Trump administration re-imposed sanctions  in accordance with its maximum-pressure campaign. Since then, Tehran has been increasing its enrichment. The International Atomic Energy Agency (IAEA) said recently it believes Iran has significantly grown its stockpile of highly enriched uranium, though the regime’s limits on inspectors makes it difficult to verify the exact size of the stockpile.

The Biden administration wants to re-enter the deal. Talks to revive it began in Vienna last year, though the discussions stalled amid demands for significant sanctions relief by Iran’s hard line regime.

The Ukraine situation raises questions about Russia’s involvement in the Iran nuclear deal, such as the possibility that it may give Moscow financial benefits, such as payments for taking Iranian uranium. But the European diplomat told Fox news that the concerns are “nothing that can’t be overcome.”

Last month, Secretary of State Anthony Blinken signed a waiver that restored the ability of foreign companies and other countries to participate in civilian nuclear and safety projects in Iran without the consequence of US sanctions.

One senior State Department official said the waivers were a response to growing non-proliferation concerns with respect to increasing stockpiles of enriched uranium by Tehran, and that without the waiver, “detailed technical discussions with third parties regarding disposition of stockpiles and other activities of nonproliferation value cannot take place.”

Biden on verge of making worst deal ever with Iran

“As the civilian death toll mounts in Ukraine and the world prepares for unspeakable crimes against humanity yet to come, the Biden administration said Friday it’s close to announcing a Russian-brokered deal with Iran that will flood the world’s leading state sponsor of terrorism with billions of dollars and leave Tehran on the nuclear weapons threshold.

While the 2015 Iran nuclear deal was bad enough, the coming deal is even worse.

Much has changed in the years since the Obama administration entered the old Iran deal — an agreement that let Iran keep enriching uranium, developing nuclear-capable missiles and sponsoring terrorism in exchange for billions of dollars in US sanctions relief. A deal that would supposedly put Iran’s nuclear program in check and lead a radical regime to moderation failed to do either.

The Obama White House claimed the Iran deal guaranteed the most intrusive inspections the world had ever known, but only Israel’s Mossad found the evidence Iran was cheating — a secret nuclear weapons archive that the mullahs kept hidden before, during and after negotiating the Iran deal. That archive led inspectors from the International Atomic Energy Agency, the UN’s nuclear watchdog, to at least four previously unknown sites inside Iran. At three of them, the inspectors found traces of uranium.”