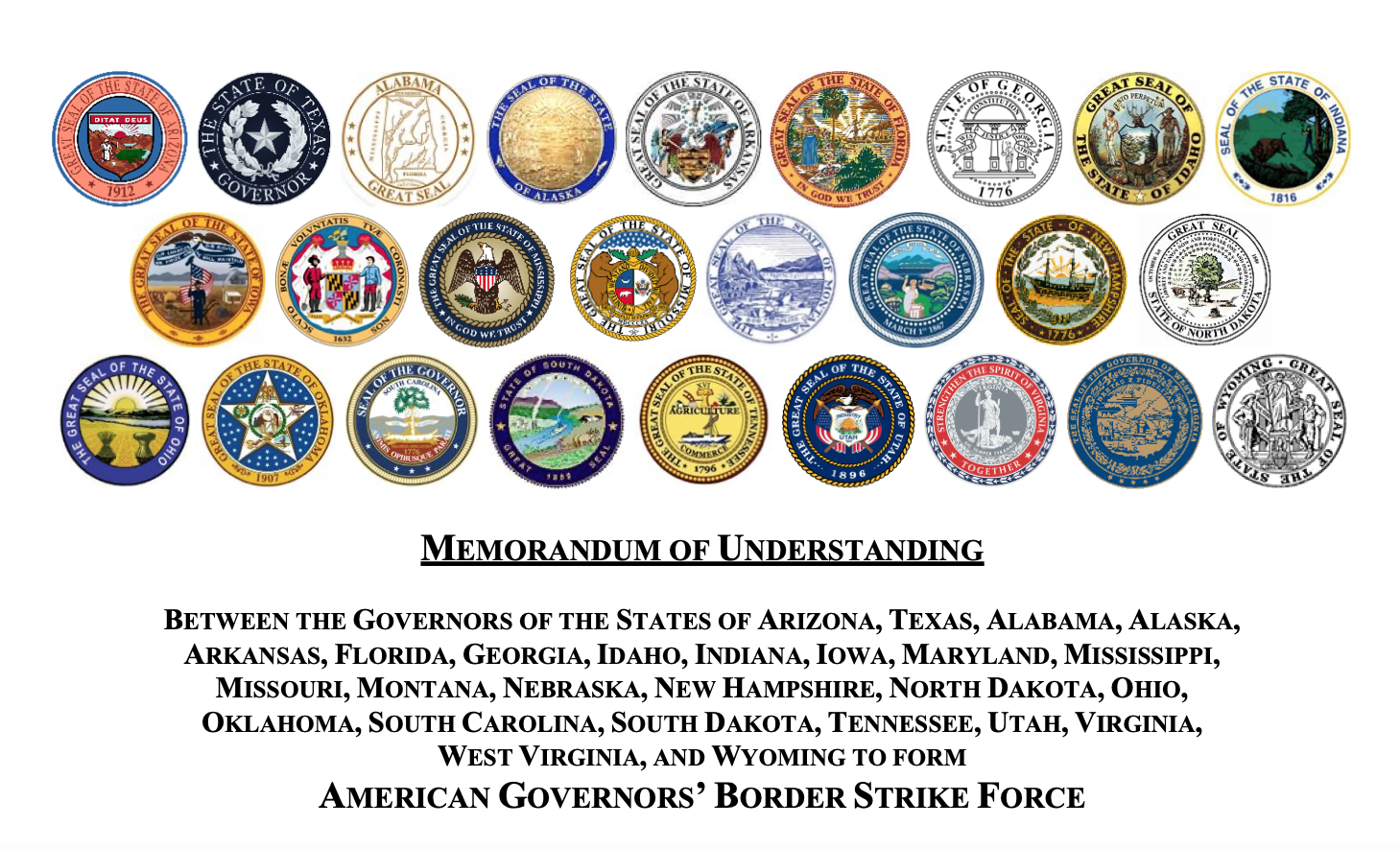 April 21, 2022 | Authored by Charlotte Cuthbertson via The Epoch Times | ZeroHedge

“Twenty-six governors, all Republican, announced the creation of a Border Strike Force to “disrupt and dismantle transnational criminal organizations” on April 19.

The group of governors signed a Memorandum of Understanding, pledging to work together to “serve as a force multiplier to target cartels and criminal networks financially and operationally.”

“Together, governors will improve public safety, protect victims from horrific crimes, reduce the amount of drugs in our communities, and alleviate the humanitarian crisis at the Southern Border,”the agreement states.

“In the absence of federal leadership, states are partnering together to create the American Governors’ Border Strike Force to disrupt and dismantle transnational criminal organizations by increasing collaboration, improving intelligence, investing in analysis, combating human smuggling, and stopping drug flow in our states,” the agreement states.”