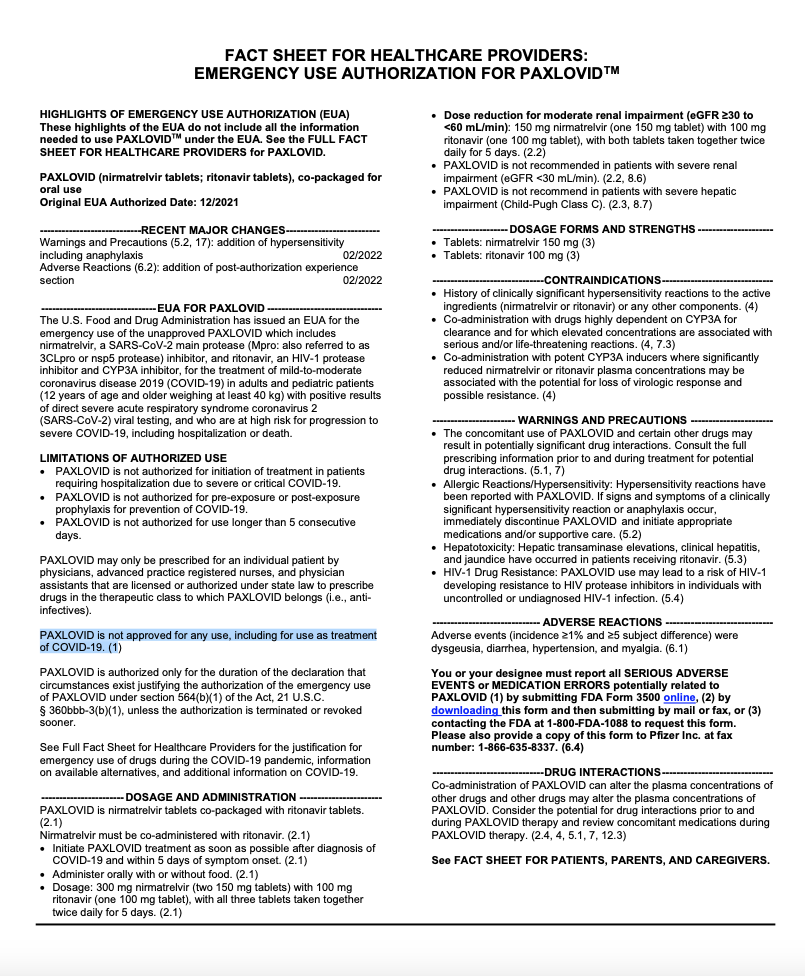 The Virus-fighting Big Pharma elixir is based on an HIV treatment. Weird.

“On March 25, TASS reported Russian pharmaceutical company Pharmasyntez, which produces Sputnik Light, was applying to manufacture a COVID drug based on a combination of nirmatrelvir and ritonavir.

At the end of 2021, Russia’s health ministry included this drug combo on its list of approved COVID treatments.

“Nirmatrelvir and ritonavir” is an antiviral drug developed by Pfizer under the brand name Paxlovid.

The Big Pharma behemoth has partnered with dozens of generic drugmakers around the world in order to supply 95 countries with the medication, which allegedly reduces COVID-attributed hospitalizations for “high-risk” individuals by 90%.

Pfizer, which negotiated a deal with the UN-backed Medicines Patent Pool (MPP), will not receive royalties from the sale of the generic versions of Paxlovid. Because Pfizer cares. 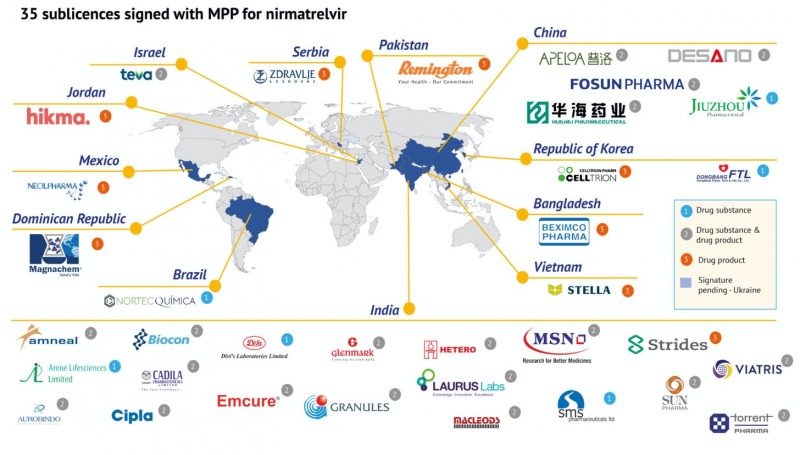 Dozens of companies will produce generic versions of Paxlovid (source). It’s unclear if Pharmasyntez is part of the MPP agreement or is “doing its own thing”.

In November, the Russian government granted approval to Pfizer to run clinical trials for Paxlovid in Russia. Pfizer recently halted all clinical trials in Russia in response to the “special operation” in Ukraine.

It’s unclear if Pharmasyntez even has formal authorization from Pfizer to produce a generic version of Paxlovid.

Last year, Gilead filed a lawsuit against the Russian government for granting a license to Pharmasyntez to produce remdesivir, another “safe and effective” COVID treatment.

Here’s what we do know, though: nothing will stop Russia from pushing Pfizer pills—not even unprecedented sanctions. That’s true commitment.

According to gushing media reports, Paxlovid’s magic COVID-fighting properties can be attributed to one of the drug’s key ingredients, ritonavir, “a medication commonly used in combination treatments for HIV.”

(This makes perfect sense. After all, AIDS and COVID have a lot in common.)

The first oral antiviral treatment for COVID-19 to be approved by the FDA.https://t.co/jeF0Sd6dvahttps://t.co/KrR6RDVCqX

Paxlovid has a warning;

A warning of Paxlovid may lead to a risk of HIV-1 developing resistance to HIV.

Just give us ivermectin and be done with it. https://t.co/NNb64S3sBc pic.twitter.com/RWuof745t2

Just wait until you see the side affects of PAXLOVID that FDA approved under EUA to treat CV…. pic.twitter.com/Iut7gVrxTt

What the heck is going on here? Probably nothing. Pfizer cares.

With Paxlovid set to hit pharmacy shelves around the globe, some paranoid wackos have been pointing to research showing vaccines based on adenovirus 5 (Ad5) might increase the risk of HIV infection. Which vaccines use Ad5? Guess.

Fun fact: researchers have struggled to create an adenovirus-based HIV vaccine, but for whatever reason, the vaccine platform worked like a charm when developing safe and effective COVID shots.

But that’s neither here nor there.

CONGRATULATIONS TO PAXLOVID, THE FIRST FOREIGN-MADE COVID DRUG TO BE APPROVED BY BEIJING!

Paxlovid is so safe and so effective that even China craves it. This is quite an achievement: according to the South China Morning Post, the Pfizer pill is the first foreign-made COVID treatment to enter China’s market.

conditionally approved Paxlovid to treat adults with mild to moderate Covid-19 who had a high risk of becoming severely ill, including the elderly and patients with chronic kidney issues, cardiovascular or chronic lung disease, diabetes and other high-risk factors for Covid-19.”

This is weird because ritonavir’s listed side effects include diabetes and kidney stones.