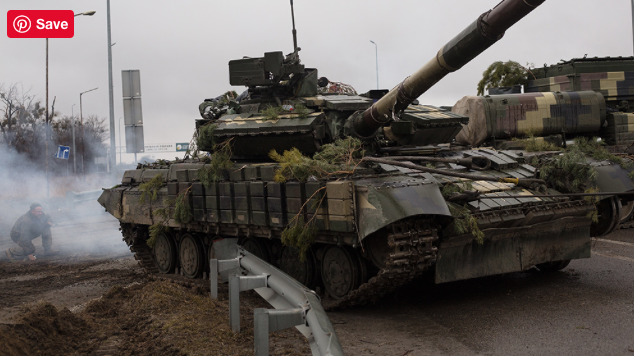 “I’m an American and I’m not interested in being involved in this war. I don’t think that we should involve ourselves in any way. I think waging a proxy war is what we’re doing right now,” McGregor told “The Dive” host Jackson Hinkle.

“Feeding the fires in Ukraine is very dangerous, especially since Ukraine sits right next door to Russia. This is not Vietnam where the Russians could supply some things and we were both remote from our respective countries. This is a proxy war that’s very dangerousbecause it sits right on the border with Russia.”

McGregor also stated that Americans haven’t seen the video tapes and photographs of alleged atrocities committed by Ukrainians because America has suppressed that information in the West.

“Now, we’ve seen something allegedly committed by the Russians. This may actually have been something a group of Russian soldiers may have committed, we don’t know. And this is the problem: We tend to act on emotion, not rationality,” the decorated combat veteran said.

Macgregor said the world is looking at two groups of people fighting right now that hate each other. He added that the best thing America can do is try to bring an end to it.

“The president of the United States should use his influence not to postpone but put an end to the war. Not to lengthen it, not to make it worse, but to bring it to a close because the longer it goes on, the more potentially dangerous it becomes for us.” (Related: Trump blasts Joe Biden over handling of Russia-Ukraine crisis, warns that “world war” is now very possible.)