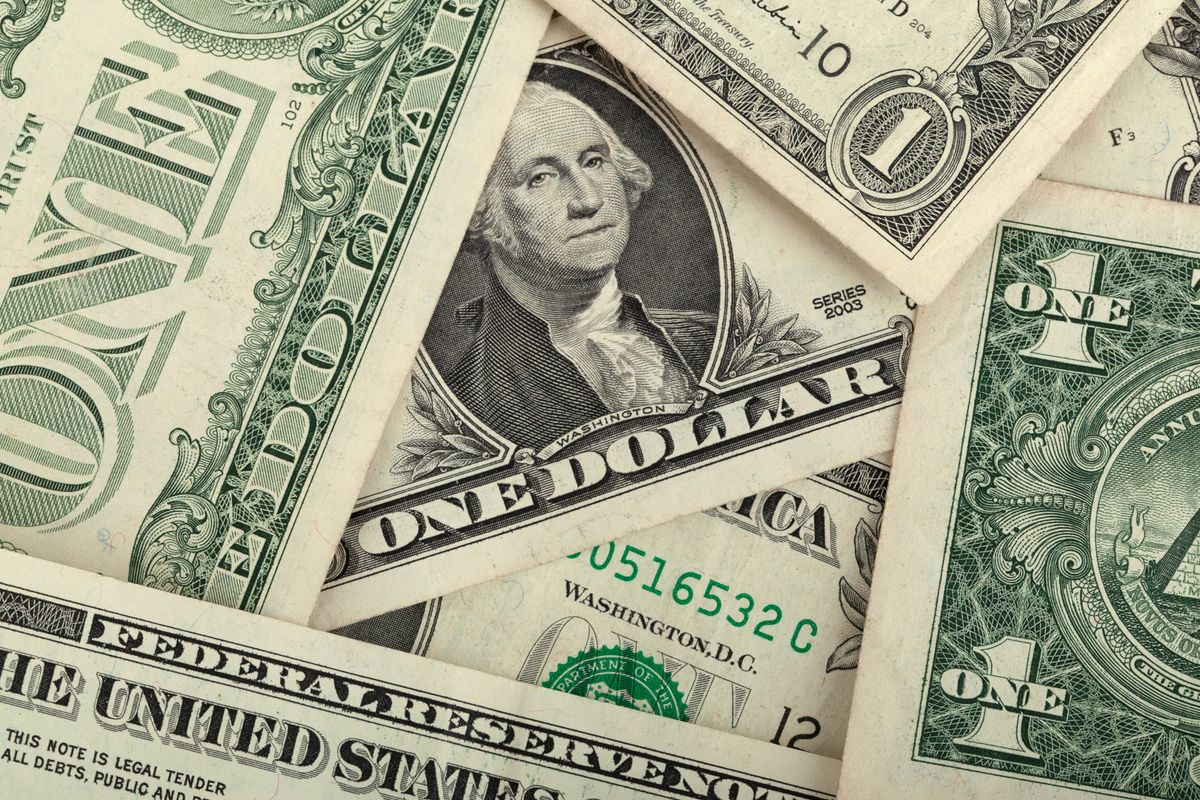 US Dollar Defaults On Petro Dollar And RU Banking Obligations

“Currency Central Holdings Inc. — 4/21/2022 — Knoxville, TN —  For the first time since 1971 the US has defaulted on it’s banking obligations and the Petro Dollar system marking ‘peak Dollar.’  While only a handful of public figures have a handle on the situation, we are concerned that the White House is spreading dangerous misinformation on how Currency Markets work so we’d like to explain key points on the nuts and bolts of the soft default and what it means for the future of global currency markets.

So having made all these points why is the US Dollar index up?  Because all the currencies in the index are backed by the US Dollar, and the US Dollar is exporting hyperinflation.  Let’s discuss a few economic scenarios.  The US Dollar is being devalued – and this can be seen in the cost of raw commodity based products and services, i.e. food and energy (guns and butter).  Metals markets are totally manipulated so don’t use a Gold argument to back your way out of this.  The US Dollar was devalued by a straight 25% – 30% instantaneous move.

Imagine you are a Japanese manufacturer that depends on US widgets to make your goods (such as the majority of electronics, automobiles, computers, etc.).  Now it costs you 30% more for the same goods.  You need these goods otherwise you will not be able to have a finished product and a business.  So you buy more US Dollars, which drives up the value of the USD/JPY pair.  If you look at Currencies down against the USD they are mostly G8 trading partners.  This is called in FX “Real Money Flows” meaning demand for US Dollars.  This isn’t a flight to safety, this is scrambling to pay more for the same goods.  There is no doubt this situation is complex which is why the elaboration here.  The Macro economic backdrop cannot be understood simply through the view of Monetary Policy, although it remains the most important factor.  In this current example, shortages can drive up prices, also driving up the USD.

Perhaps this was the plan all along, you can see from a mile away what the “Solution” will be, a digital dollar or CBDC that we’ve been reading about for years, from the White House:

Explore a U.S. Central Bank Digital Currency (CBDC) by placing urgency on research and development of a potential United States CBDC, should issuance be deemed in the national interest. The Order directs the U.S. Government to assess the technological infrastructure and capacity needs for a potential U.S. CBDC in a manner that protects Americans’ interests. The Order also encourages the Federal Reserve to continue its research, development, and assessment efforts for a U.S. CBDC, including development of a plan for broader U.S. Government action in support of their work. This effort prioritizes U.S. participation in multi-country experimentation, and ensures U.S. leadership internationally to promote CBDC development that is consistent with U.S. priorities and democratic values.

Here’s the kicker, they have mapped this out long ago[1].  It’s now obvious that Bitcoin was an experiment in monetary slavery labeled as liberal freedom.  “Who needs the banks when you have Bitcoin” they said, a system built on SHA-256 which was patented by the NSA[2].  OK, RIGHT!

Why destroy your own currency?  Profits!

We should all ask ourselves why would policy makers want to ruin their own currency.  There’s no short answer to this but in one word it’s: Profit.  This is the Economic Hit Man / Soros model being applied on the country that created it.  The Dulles Brothers, Kermit Roosevelt, and William Stephenson (Intrepid) created an economic model of Imperialism mixed with Merchant Capitalism (Gunboat Monopoly) right as the Brits passed the torch to the Muricans.  The Yanks get the credit but we all know who is still pulling the strings from London – the same group that controls the Gold market and half of the world’s finances.

The model is quite simple.  First you fund activism and back a controversial political candidate like Zelensky (An actor is the most suitable because that’s what this role needs).  His views and policies are irrelevant, he only has one job to do and you have greased him up enough with Miami apartments and drugs and women (or boys, to taste) enough that he is literally your puppet.  One phone call and the photos of him being naughty are all over the times.  He doesn’t care about that though, he’s being paid tens of millions to do one simple thing:  Accept the 20% interest loan from the IMF.  There is no possible way to pay it off.  When the default happens, the country will ultimately give up it’s most precious materials whatever they may be.

The US is of course a little more complicated because most of these loans and programs originate in the US – but the model is the same.  It always involves a currency devaluation, civil unrest, and a sometimes bloody ‘revolution’ which is more like a hit job.  Biden is for sale, and so is the United States, and their plan is to break up America into little bits and sell it off to the highest bidder (it’s more valuable that way).

Also don’t forget that inflation is good for the rich and bad for the poor.  In other words, this is a war on the haves against the have nots.  Look how the portfolios of the ultra high net worth class ballooned during COVID, while the middle and lower classes suffered.

Ok if you think the United States is a sovereign state, how do you explain this quote:

“The role of Truman, with other allies, is to deter Russians from further aggression and to be on constant standby for orders that might be given from our president or from other leaders around the world for the protection of Ukraine and the people of Ukraine.” – Carlos Del Toro

Who is Carlos?  From Wikipedia:

Del Toro was born in Havana, Cuba and immigrated to the United States with his parents as a child. He was raised in Hell’s Kitchen, Manhattan. Del Toro earned a Bachelor of Science degree in electrical engineering from the United States Naval Academy in 1983.[3] Del Toro later earned a Master of Arts in national security studies from the Naval War College and a Master of Professional Studies degree in legislative affairs from George Washington University.[4]

Since when does the Navy take orders from “Other leaders around the world” and who are these leaders?  Leaders of the local Shriners club?  Klaus Schwab?

It is important to bear in mind US Military Superiority because it is inevitably and inextricably tied to the US Dollar Hegemony, for better or worse.  The only reason that the world reserve moved from London to New York was because Britain was devastated financially, physically, and morally during World War 2.  They needed a bailout, they needed supplies, they needed support.  Which brings up another interesting point, the US was in a position to negotiate the terms at Breton Woods also because it had an intact manufacturing base.  Factories in Europe and elsewhere were mostly in ruins.  What is the current state of manufacturing in the US?

What country has the largest physical manufacturing power, irrespective of how the economic output is valued?  (China)

We must remember that the Fed can create US Dollars as much as it wants, the system works by empowering the member banks who own the Fed.  War is always preceded by, or followed by a massive Currency devaluation.  25% is a huge move for the formerly known as Global Reserve Currency.  If you think that number isn’t accurate, check your receipt at the gas pump, grocery store, or Lowes buying wood.  Everything is going up, and it’s not only because of Oil.  Here are some more technical factors going on, such as waning demand for US Treasuries.

During the next 6 months we will certainly see further deterioration of the value of the US Dollar, but it is uncertain how the populace will react.  Although Elite’s would like us to believe that the future is determined by them, it is not.  When polls are displayed in the media they are doing it to change public opinion.  Studies show that if you show studies with a certain bias or by studying the wrong things, it will affect the mass consciousness.  How people, businesses, and other economic actors react to food shortages, product shortages, or a stock market crash will thus determine what course the future will take.”