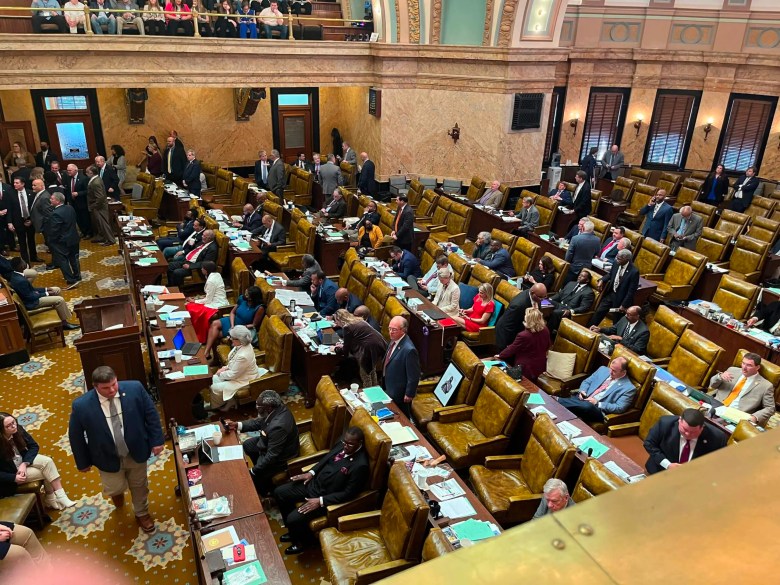 Image source: The death of the RegionSmart Plan in the Arkansas State House

We Just Scored A Big Win!

[Excerpts Below from Article]:

The plan, called RegionSmart, was developed by several of the usual players with the goal to end representative government, private property, and free enterprise.

The Bills were designed to create a “quasi-governmental and public entity.” To put that bureaucratic language into understandable English, the unelected Development District would work directly with private, non-governmental organizations (NGOs) to impose their private agendas – usually under the excuse of Climate Change fears.

These anti-private property, anti-free enterprise, anti-personal transportation forces would work in partnership with the unelected Development District to determine coordination of streets and highways, water supply, sewage, conservation controls, and land use patterns, to name just a few of the targets.

Once these RegionSmart Development Districts are in place, your elected representatives – which you chose to guide your community – would be shoved aside by those non-elected councils.

The RegionSmart plan is strongly backed by the nation’s richest and most powerful investment force, systematically grabbing up millions of acres of private land in cities and rural areas, to control how it’s to be used. That organization is called BlackRock. They are to be feared.

… the RegionSmart scheme has been stopped! All because dedicated freedom fighters stood up and said no!

But we can’t just sit back and bask in the victory. These are powerful forces behind this scheme. They have spent a lot of time and money preparing it. They don’t intend to quit.

They will be back, more determined than ever.