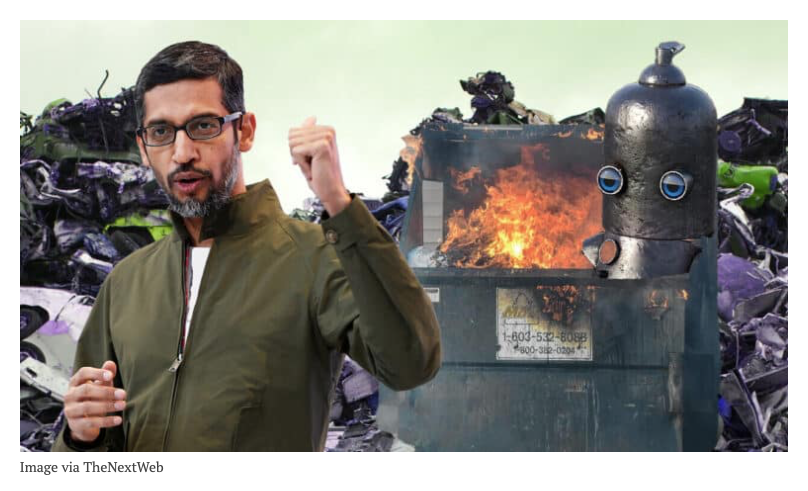 Google invented Surveillance Capitalism and yet most of the world doesn’t have a clue what that is or means. It is the use of machine “intelligence” to transform the collective into a resource that can be sold for huge profits. This is not benevolent to humanity, but rather destructive to individualism as well as all democratic systems of governance. ⁃ TN Editor

Scientific endeavor is no match for corporate greed.

The world of AI research is in shambles. From the academics prioritizing easy-to-monetize schemes over breaking novel ground, to the Silicon Valley elite using the threat of job loss to encourage corporate-friendly hypotheses, the system is a broken mess.

And Google deserves a lion’s share of the blame.

There were approximately 85,000 research papers published globally on the subject of AI/ML in the year 2000. Fast-forward to 2021 and there were nearly twice as many published in the US alone.

To say there’s been an explosion in the field would be a massive understatement. This influx of researchers and new ideas has led to deep learning becoming one of the world’s most important technologies.

Between 2014 and 2021 big tech all but abandoned its “web first” and “mobile first” principles to adopt “AI first” strategies.

Now, in 2022, AI developers and researchers are in higher demand (and command more salary) than nearly any other jobs in tech outside of the C-suite.

But this sort of unfettered growth also has a dark side. In the scramble to meet the market demand for deep learning-based products and services, the field’s become as cutthroat and fickle as professional sports.

In the past few years, we’ve seen the the “GANfather,” Ian Goodfellow, jump ship from Google to Apple, Timnit Gebru and others get fired from Google for dissenting opinions on the efficacy of research, and a virtual torrent of dubious AI papers manage to somehow clear peer-review.

The flood of talent that arrived in the wake of the deep learning explosion also brought a mudslide of bad research, fraud, and corporate greed along with it.

Google, more than any other company, bears responsibility for the modern AI paradigm. That means we need to give big G full marks for bringing natural language processing and image recognition to the masses.

It also means we can credit Google with creating the researcher-eat-researcher environment that has some college students and their big-tech-partnered professors treating research papers as little more than bait for venture capitalists and corporate headhunters.

At the top, Google’s shown its willingness to hire the world’s most talented researchers. And it’s also demonstrated numerous times that it’ll fire them in a heartbeat if they don’t toe the company line.

The company made headlines around the globe after firing Timnit Gebru, a researcher it’d hired to help lead its AI ethics division, in December of 2020. Just a few months later it fired another member of the team, Margaret Mitchell.

Google maintains that the researchers’ work wasn’t up to spec, but both women and numerous supporters claim the firings only occurred after they brought up ethical concerns over research the company’s AI boss, Jeff Dean, had signed off on.

It’s now barely over a year later and history is repeating itself. Google fired another world-renowned AI researcher, Satrajit Chatterjee, after he led a team of scientists in challenging another paper Dean had signed off.

At the top, this means the competition for high-paying jobs is fierce. And the hunt for the next talented researcher or developer begins earlier than ever.

Students working towards advanced degrees in the fields of machine learning and AI, who eventually want to work outside of academia, are expected to author or co-author research papers that demonstrate their talent.

Unfortunately, the pipeline from academia to big tech or the VC-led startup world is littered with crappy papers written by students whose entire bent is writing algorithms that can be monetized.