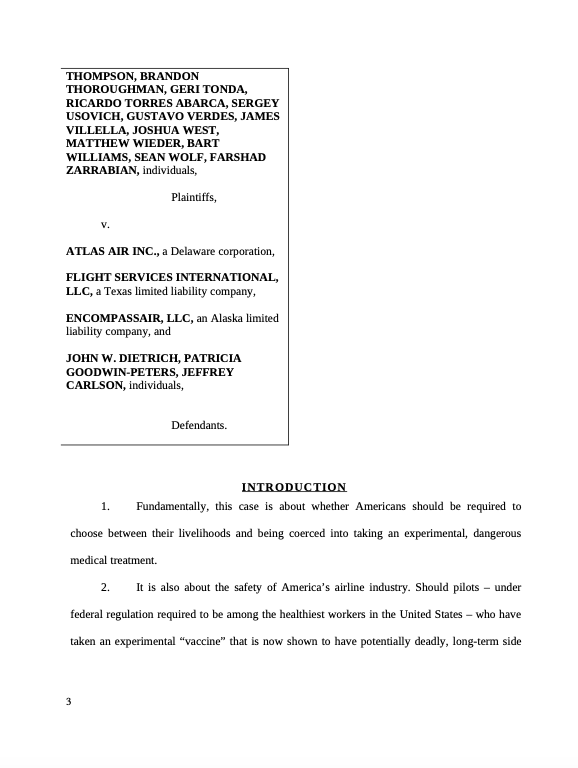 All Major US Airlines To Be Sued Over Vaccine Mandate

18 Major Airlines, FAA, and DOT to Be Sued Over COVID Vaccine Mandates

First lawsuit against Atlas Air has been filed 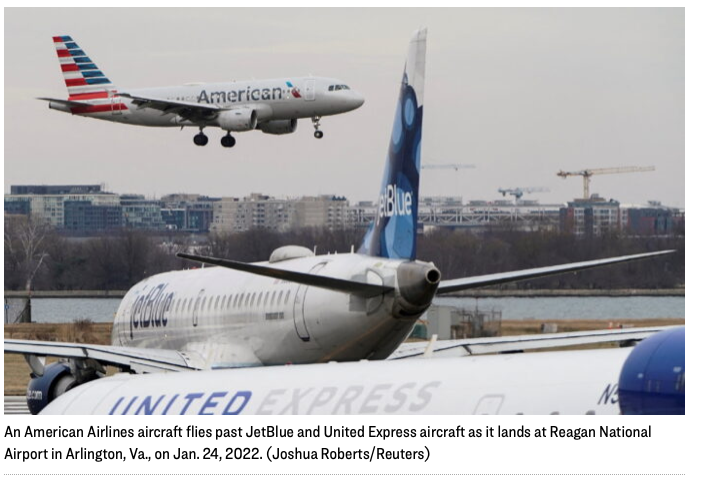 “John Pierce Law has filed a lawsuit against Atlas Air, on behalf of US Freedom Flyers (USFF) and Atlas employees, and plans to sue all major airlines, 18 altogether, plus the Federal Aviation Administration (FAA) and the Department of Transportation (DOT), contending that the vaccine mandates imposed by these agencies on the airlines’ employees infringed on their constitutional, religious, and medical liberties.

The lawsuit against Atlas Air was filed in federal court in the Southern District of Florida, with over 100 plaintiffs pursuing litigation.

“Fundamentally, this case is about whether Americans should be required to choose between their livelihoods and being coerced into taking an experimental, dangerous medical treatment,” reads the lawsuit (pdf).

Plaintiffs are mostly unvaccinated pilots, flight attendants, as well as other Atlas staff.

“It is also about the safety of America’s airline industry. Should pilots—under federal regulation required to be among the healthiest workers in the United States—who have taken an experimental ‘vaccine’ that is now shown to have potentially deadly, long-term side effects, be allowed to fly massive aircraft in our skies? While those who have (smartly) refrained from such a course be forced out of their jobs?” it states.”