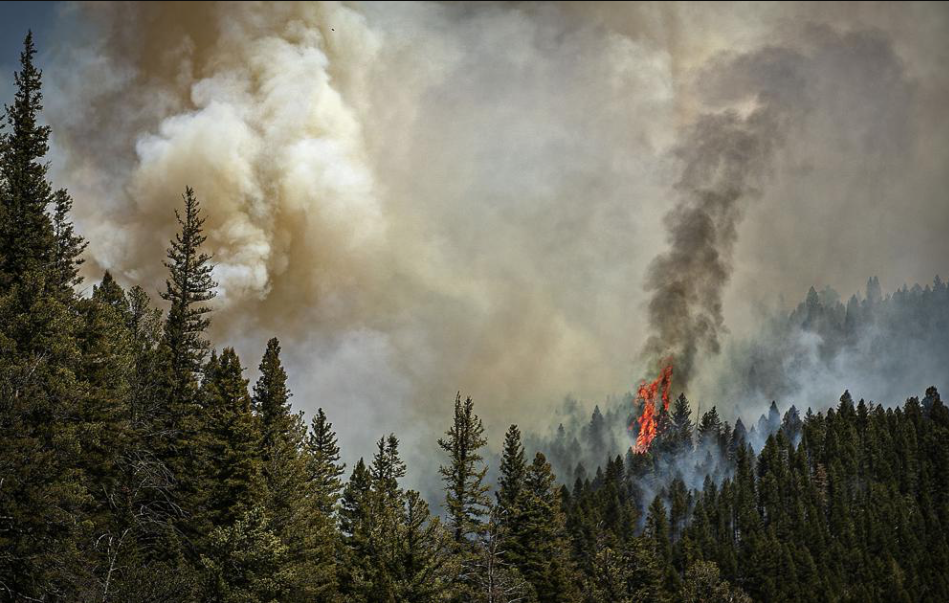 Image: Fire rages along a ridgeline east of highway 518 near the Taos County line as firefighters from all over the country converge on Northern New Mexico to battle the Hermit’s Peak and Calf Canyon fires on May 13, 2022. (Jim Weber/Santa Fe New Mexican via AP)

“The pain and suffering of New Mexicans caused by the actions of the U.S. Forest Service – an agency that is intended to be a steward of our lands – is unfathomable.” Link

The findings shift responsibility more squarely toward the U.S. Forest Service for initiating a natural disaster that has destroyed at least 330 homes as flames raged through nearly 500 square miles (1,300 square kilometers) of high-altitude pine forests and meadows. The wildfire also has displaced thousands of residents from rural villages with Spanish-colonial roots and high poverty rates, while unleashing untold environmental damage.”