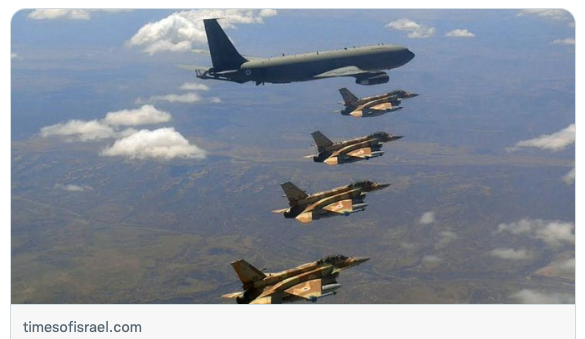 Another example of the hypocrisy of the Biden administration joining Israel in attack exercises against Iran’s nuclear facilities.  The world does not want or need nuclear war.

Report: In 1st, US refuelers to take part in major Israeli drill for strike on Iran 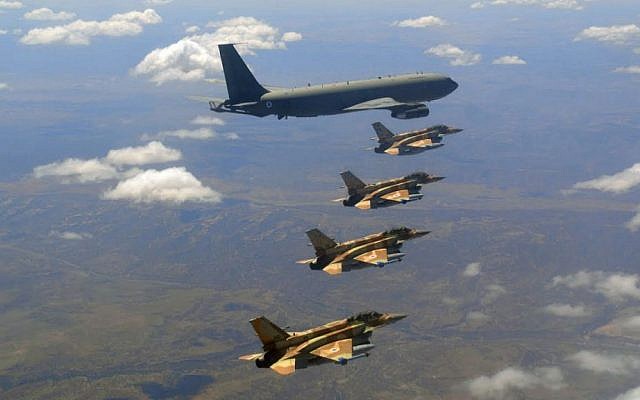 The United States will participate in Israel’s largescale drill simulating a strike on Iran’s nuclear facilities as part of the broader Chariots of Fire exercise later this month, Channel 13 reported on Tuesday evening.

According to the unsourced report, the US Air Force will serve as a complementary force, with refueling planes drilling with Israeli fighter jets as they simulate entering Iranian territory and carrying out repeated strikes.

The unprecedented Israel- US aerial collaboration in a drill simulating a strike on Iran’s nuclear facilities is seen as a potential message to Iran amid long-stalled negotiations in Vienna over a return to the 2015 nuclear deal, a possibility Israel has repeatedly voiced its objection to, warning it would lead to “a more violent, more volatile Middle East.”

Large numbers of Israeli fighter jets –dozens, according to Kan TV news — will take part in the simulated attack on Iran’s nuclear facilities. The TV report noted that when Israel conducted a major drill for such an attack some 10 years ago, when it was widely reported to be on the point of striking Iran, the US did not participate.

The Israeli military has taken steps throughout the past year to prepare a credible military threat against Tehran’s nuclear facilities. The US, in turn, has expressed reluctance to prepare for a military confrontation with Iran but nonetheless said it would explore other options if talks in Vienna fail.

Channel 13 defense reporter Or Heller noted that by including the US in the drill, the two countries are sending a message to Iran that the US could support an Israeli offensive, even if its fighter jets do not actively participate. 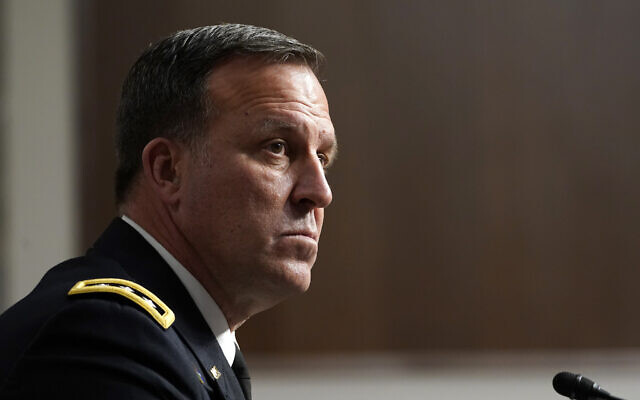 Lt. Gen. Michael E. Kurilla testifies before the Senate Armed Services committee during his confirmation hearing on Capitol Hill in Washington, February 8, 2022, to be general and commander of the US Central Command. (AP Photo/Susan Walsh)

Israel’s Defense Minister Benny Gantz is slated to meet with his American counterpart, Lloyd Austin, on Thursday at the Pentagon in Washington. Meanwhile, Michael Kurilla, head of the United States Central Command (CENTCOM), who oversees US-Israel military cooperation, arrived in Israel on Tuesday for his first official visit.

At the beginning of last year, IDF Chief of Staff Aviv Kohavi announced he had instructed the military to begin drawing up fresh attack plans against Iran. By September, Kohavi said the army had “greatly accelerated” preparations for action against Tehran’s nuclear program. 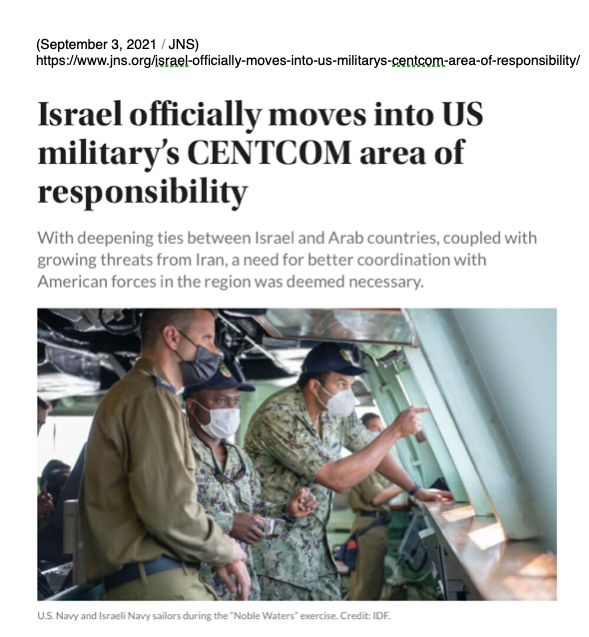