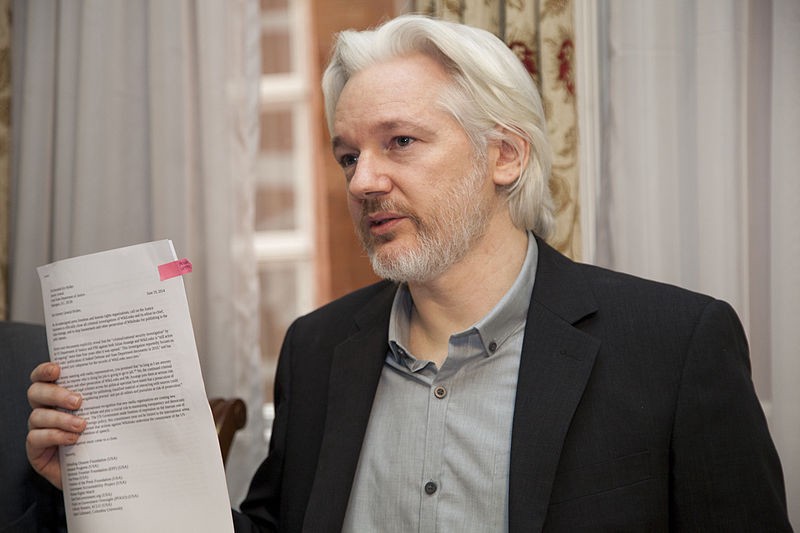 They’re Worried About The Spread Of Information, Not Disinformation

“We’re in the final countdown to British Home Secretary Priti Patel’s decision on the fate of Julian Assange, with the WikiLeaks founder’s extradition to the United States due to be approved or rejected by the end of the month. Joe Lauria has a new article out with Consortium News on the various pressures that Patel is being faced with from both sides of this history-making issue at this crucial time.

And I can’t stop thinking, as this situation comes to a boil, about how absurd it is that the US empire is working to set a precedent which essentially outlaws information-sharing that the US doesn’t like at the same time western news media are full of hand-wringing headlines about the dangerous threat of “disinformation”.

Fairness and Accuracy In Reporting (FAIR) has an article out titled “‘Disinformation’ Label Serves to Marginalize Crucial Ukraine Facts” about the way the mass media have been spinning that label to mean not merely the knowing distribution of false information but also of information that is true but inconvenient to imperial narrative-weaving.

“In defense of the US narrative, corporate media have increasingly taken to branding realities inconvenient to US information goals as ‘disinformation’ spread by Russia or its proxies,” writes FAIR’s Luca Goldmansour.

Online platforms have been ramping up their censorship protocols under the banner of fighting disinformation and misinformation, and those escalations always align with narrative control agendas of the US-centralized empire. Just the other day we learned that Twitter has a new policy which expands its censorship practices to fight “misinformation” about wars and other crises, and the Ukraine war (surprise surprise) will be the first such situation about which it will be enforcing these new censorship policies.

Then there’s the recent controversy over the Department of Homeland Security’s “Disinformation Governance Board,” a mysterious institution ostensibly designed to protect the American people from wrongthink coming from Russia and elsewhere. The board’s operations (whatever they were) have been “paused” pending a review which will be led by Michael Chertoff, a virulent swamp monster and torture advocate. Its operations will likely be resumed in one form or another, probably under the leadership of someone with a low profile who doesn’t sing show tunes about disinformation.

And this all comes out after US officials straight up told the press that the Biden administration has been deliberately sowing disinformation to the public using the mainstream press in order to win an infowar against the Kremlin. They’ve literally just been circulating completely baseless stories about Russia and Ukraine, but nobody seems to be calling for the social media accounts of Biden administration officials to be banned.

All the safeguards they’re setting up now to manipulate the flow of information online are not there to eliminate lies, they’re there to eliminate truth. These people have a vested interest in keeping things dark and confused, and we the ordinary people of the world have a vested interest in shining a big inconvenient spotlight on everything. The elite agenda to keep things endarkened is at direct odds with the people’s agenda to get things enlightened.

We are not being protected by a compassionate alliance of corporations and governments who only want us to know the truth, we are being manipulated and oppressed by an oligarchic empire that wants us to believe lies. That’s why they’re locking up Assange, that’s why they’re censoring the internet, that’s why they’re filling our minds with propaganda, and that’s why we can’t let them win.”

The Assange Case Invalidates US Criticisms Of Russia