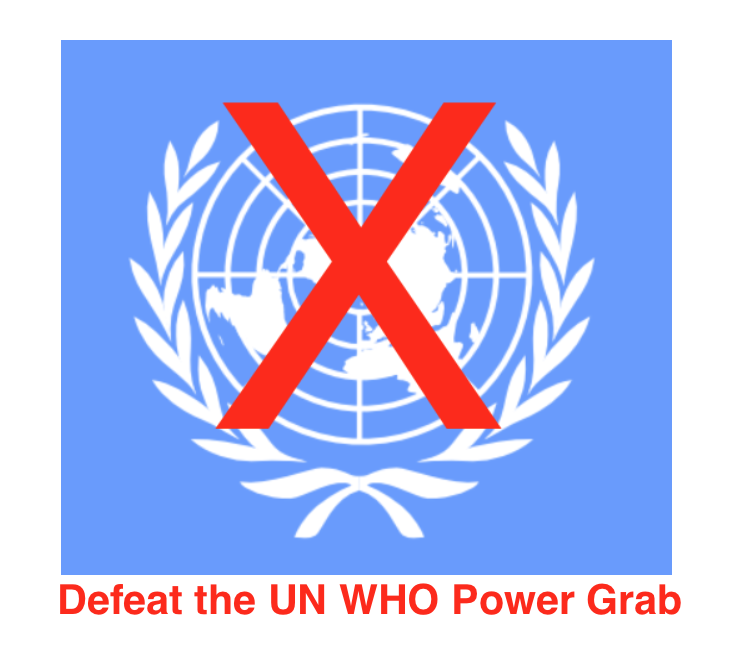 The fact that the European Union has the Digital Services Act and the U.K. has proposed an Online Safety Bill are among the latest evidence that it was not mere coincidence that the U.S. Department of Homeland Security recently decided to create a Disinformation Governance Board.

This is all tied in together, along with the sneaky ploy by the Biden administration to create an all-powerful United Nations World Health Organization, which we were among the first to report back on April 24.

The idea, directed by the billionaire backers of the World Economic Forum, is to crack down on free speech at the very same time they are setting up a noose to hang around the necks of sovereign nations.

By amending an existing health treaty, called the International Health Regulations of 2005 (IHR), they are able to bypass U.S. Senate approval, which means no public debate and no media coverage of this sovereignty-killing power grab. It will all be done under the cloak of darkness in Geneva, Switzerland, when the WHO World Health Assembly meets May 22-28.

That’s why we see the timing of these anti-free speech measures unfolding now in all of the formerly free nations. They are designed to keep users of large social media platforms immersed in the government narrative about the forever virus (Covid), about whether elections in formerly free Western nations are actually still free and fair, about the holy and righteous nature of Ukraine’s war with Russia that everyone must support.

And don’t forget about that other tenet of the new one-world religion: climate change. The unpopular green new deal policies that Biden was unable to pass through Congress could be simply implemented under the newly upgraded IHR regulations.

And you wondered how the Great Reset was going to reach out and touch you, making you own nothing and be happy?

I think you have the answer now.

I don’t believe petitions will do much good, other than to offer a historical record behind that shows everyone was not asleep when this global power grab played out.

As dangerous as the WHO is, it still can’t impose policy on its 194 member nations without the consent of those nations. Their dictates can be checkmated by national sovereignty. Doing so can be dangerous, just ask the dead president of Tanzania. But it still can be done.

If Biden and his Health and Human Services chief, Xavier Baccera, get their way, the nations of the world will not have their sovereignty snatched away. No, they will hand it over.

The vote takes place May 22-28 in Geneva, Switzerland. All that’s required is a simply majority vote and, poof, there goes the sovereignty of 194 nations of the world over matters of “public health emergencies,” which could include a wide range of issues, not just viruses.

The changes to the 2005 treaty also include the addition of new “regional” health czars under the authority of the WHO. These czars will have their own bureaucratic cohorts to police the policies they impose on the nations. Aid can be withheld, punishing economic sanctions can be placed on any nation that deviates from the prescribed WHO remedy for whatever health emergency has been declared by the WHO director general. That would be Dr. Tedros, a known asset of the Chinese Communist Party.

The CDC has already declared that “firearm injuries are a serious public health problem.” So is falling in the bathtub, skydiving, riding a bicycle on a busy highway, and mountain climbing, but you don’t see the CDC getting involved in any of those dangerous activities. This is all political and has nothing to do with your health. The Republicans if they gain power should fire every executive level person and replace them with legitimate scientists who are not political. If that can’t be achieved then shut the whole agency down. If a political leader isn’t willing to consider these tough decisions then they should not get our support. That includes some of the biggest names in politics. Ask them these questions. If they don’t answer with at least legitimate, heartfelt concern, then dust your sandals and move on from them. I don’t care how big of name they have in politics.

The CDC has essentially become an arm of the WHO. Both of these agencies are the enemy of public health.

But before they can implement this ghastly plan they need to beef up the WHO’s enforcement powers.

If that is achieved in less than two weeks in Geneva, then the revised International Health Regulations will go into effect in November. If that happens, every nation that voted against the Biden amendments needs to pull out of the WHO.

Biden has already garnered the support of at least 40 nations, including the EU, to help ram these amendments through.

If these amendments get passed and the WHO member nations abide by them, there will be catastrophic consequences for the world. The lights will go out on individual freedom in the U.S. and every other formerly free country.

Every city in America potentially becomes Shanghai. Where lockdowns are not only always looming over people’s heads but when they come they come hard and strict. Your house or apartment becomes your own personal prison and you are 100 percent dependent on the government for your basic needs.

But before they can get to that point, they need to figure out a way to silence all dissent.

These are the sacred gospels of the New World Order about which nobody is allowed to dissent.

Remember, in the Great Reset (aka New World Order) you have no rights, only privileges.

The idea is to hold social media companies responsible for so-called hate speech and “disinformation” posted by users.

Experts interviewed by The Defender addressed the “potential slippery slope of regulations” — in the U.S. and overseas — which, under the guise of “combating disinformation,” stifle the spread of information deemed inconvenient for governments and other powerful actors.

A May 12 article by the Defender addresses the international move toward silencing dissent in Europe and the U.S. And while it isn’t mentioned by the Defender, we know that Canada, Australia and New Zealand are also stifling dissent. This is an international revolutionary movement and the sooner we figure that out the better.