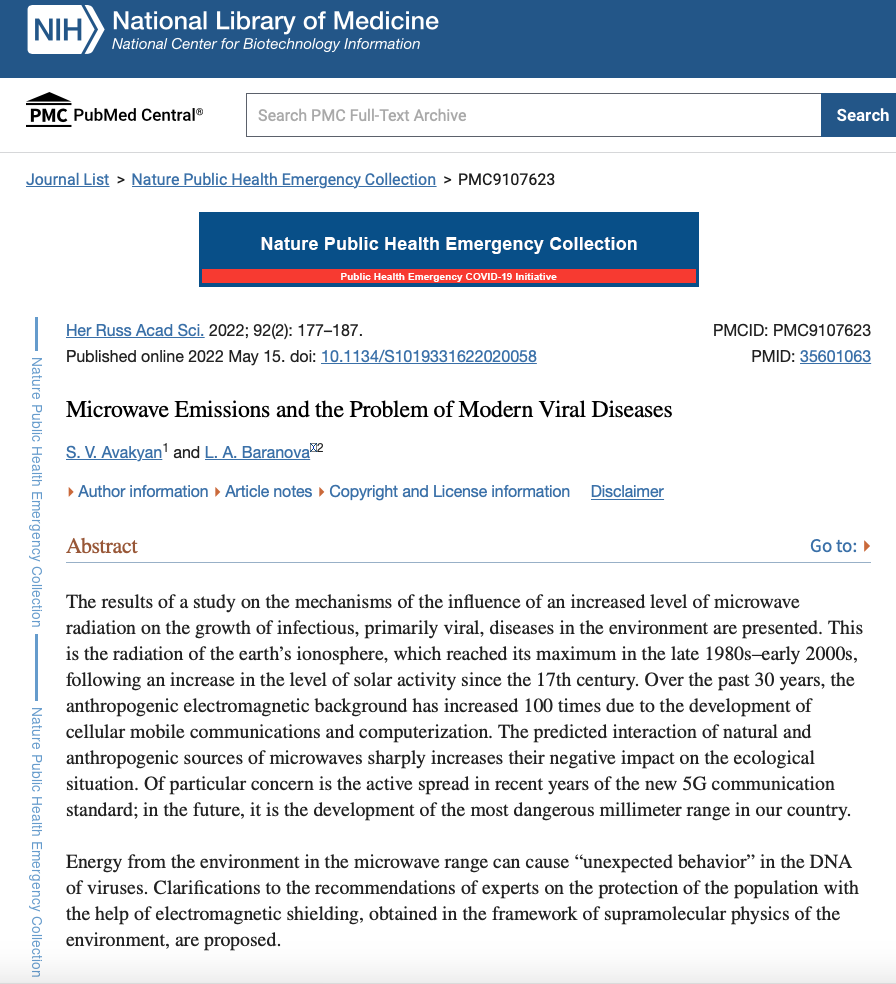 The results of a study on the mechanisms of the influence of an increased level of microwave radiation on the growth of infectious, primarily viral, diseases in the environment are presented. This is the radiation of the earth’s ionosphere, which reached its maximum in the late 1980s-early 2000s, following an increase in the level of solar activity since the 17th century. Over the past 30 years, the anthropogenic electromagnetic background has increased 100 times due to the development of cellular mobile communications and computerization. The predicted interaction of natural and anthropogenic sources of microwaves sharply increases their negative impact on the ecological situation. Of particular concern is the active spread in recent years of the new 5G communication standard; in the future, it is the development of the most dangerous millimeter range in our country. Energy from the environment in the microwave range can cause “unexpected behavior” in the DNA of viruses. Clarifications to the recommendations of experts on the protection of the population with the help of electromagnetic shielding, obtained in the framework of supramolecular physics of the environment, are proposed.
Excerpt

The effect of a permanent increase in microwave fluxes from the environment on the activation of viral pandemics is considered. This is not only the radiation of the earth’s ionosphere but also the anthropogenic electromagnetic background, caused by an avalanche-like increase in microwave pollution of the habitat during the operation of mobile cellular telephony, household computer equipment, and digitalization systems. The predicted interaction of natural and anthropogenic sources of microwaves sharply increases their negative impact on the ecological situation. Therefore, efforts are needed to reduce drastically the amount of time spent using mobile phones and surfing the Internet among at-risk populations, including secondary school students. This wish of the authors is consistent with the concerns expressed recently by both teachers and parents of students, as well as with the opinion of the General Prosecutor’s Office of the Russian Federation.

The proposed clarifications to the recommendations of experts on the protection of the population using electromagnetic shielding suggest the development of biophysical studies of the cumulative microwave impact both within heliobiology (at the present stage of the decline in the level of solar–geomagnetic activity) and taking into account the resonant mechanisms of increasing anthropogenic exposure at communication frequencies.

Scientific Study: Evidence for a connection between coronavirus disease-19 and exposure to radiofrequency radiation from wireless communications including 5G