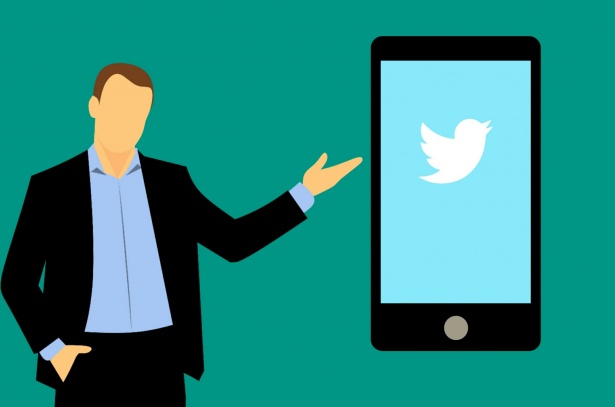 THE FEDERAL BUREAU OF TWEETS: TWITTER IS HIRING AN ALARMING NUMBER OF FBI AGENTS

SAN FRANCISCO – Twitter has been on a recruitment drive of late, hiring a host of former feds and spies. Studying a number of employment and recruitment websites, MintPress has ascertained that the social media giant has, in recent years, recruited dozens of individuals from the national security state to work in the fields of security, trust, safety and content.

Chief amongst these is the Federal Bureau of Investigations. The FBI is generally known as a domestic security and intelligence force. However, it has recently expanded its remit into cyberspace. “The FBI’s investigative authority is the broadest of all federal law enforcement agencies,” the “About” section of its website informs readers. “The FBI has divided its investigations into a number of programs, such as domestic and international terrorism, foreign counterintelligence [and] cyber crime,” it adds.

For example, in 2019, Dawn Burton (the former director of Washington operations for Lockheed Martin) was poached from her job as senior innovation advisor to the director at the FBI to become senior director of strategy and operations for legal, public policy, trust and safety at Twitter. The following year, Karen Walsh went straight from 21 years at the bureau to become director of corporate resilience at the silicon valley giant. Twitter’s deputy general counsel and vice president of legal, Jim Baker, also spent four years at the FBI between 2014 and 2018, where his resumé notes he rose to the role of senior strategic advisor…

…In corporate media too, we have seen a widespread infiltration of former security officials into the upper echelons of news organizations. So normalized is the penetration of the national security state into the media that is supposed to be holding it to account, that few reacted in 2015 when Dawn Scalici left her job as national intelligence manager for the Western hemisphere at the Director of National Intelligence to become the global business director of international news conglomerate Thomson Reuters. Scalici, a 33-year CIA veteran who had worked her way up to become a director in the organization, was open about what her role was. In a blog post on the Reuters website, she wrote that she was there to “meet the disparate needs of the U.S. Government” – a statement that is at odds with even the most basic journalistic concepts of impartiality and holding the powerful to account.

Meanwhile, cable news outlets routinely employ a wide range of “former” agents and mandarins as trusted personalities and experts. These include former CIA Directors John Brennan (NBC, MSNBC) and Michael Hayden (CNN), ex-Director of National Intelligence James Clapper (CNN), and former Homeland Security Advisor Frances Townsend (CBS). And news for so many Americans comes delivered through ex-CIA interns like Anderson Cooper (CNN), CIA-applicants like Tucker Carlson (Fox), or by Mika Brzezinski (MSNBC), the daughter of a powerful national security advisor. The FBI has its own former agents on TV as well, with talking heads such as James Gagliano (Fox), Asha Rangappa (CNN) and Frank Figliuzzi (NBC, MSNBC) becoming household names. In short, then, the national security state once used to infiltrate the media. Today, however, the national security state isthe media.

Social media holds enormous influence in today’s society. While this article is not alleging that anyone mentioned is a bad actor or does not genuinely care about the spread of disinformation, it is highlighting a glaring conflict of interest. Through its agencies, the U.S. government regularly plants fake news and false information. Therefore, social media hiring individuals straight from the FBI, CIA, NATO and other groups to work on regulating disinformation is a fundamentally flawed practice. One of media’s primary functions is to serve as a fourth estate; a force that works to hold the government and its agencies to account. Yet instead of doing that, increasingly it is collaborating with them. Such are these increasing interlocking connections that it is becoming increasingly difficult to see where big government ends and big media begins.