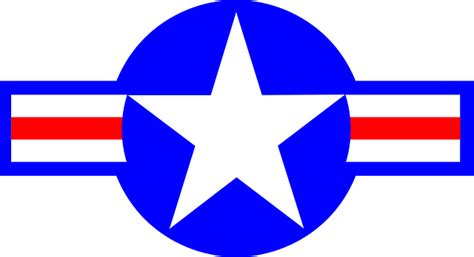 A District Court for the Southern District of Ohio on Thursday morning issued a temporary restraining order prohibiting the Air Force from enforcing the vaccine mandate against any airman who has filed a request for a religious accommodation, according to court documents.

Judge Matthew W. McFarland granted a motion brought by airmen to extend a court order from March 31 that prohibited the Air Force from disciplining or discharging plaintiffs fighting the mandate based on their religious beliefs to all airmen who filed religious accommodation requests as a “class.”

The court order is a temporary restraining order (TRO), which is an emergency measure to preserve the status quo for up to 14 days while the judge is considering granting a preliminary injunction (PI), which would in turn last through the entire litigation process.

If the judge continues to believe that the mandate is illegal, then the court will convert the TRO to a PI at the end of that window, effectively protecting all of these service members while the Biden administration appeals the decision to the Sixth Circuit appellate court.

“For the reasons, that follow, Plaintiffs have satisfied the Rule 23(a) prerequisites, as well as Rule 23(b)(1)(a) and Rule 23(b)(2). Thus, class certification is warranted,” the court order said.

It further said: “Because the Plaintiffs have satisfied the necessary Rule 23 requirements, the Court will certify the following class:

All active-duty and active reserve members of the United States Air Force and Space Force, including but not limited to Air Force Academy Cadets, Air Force Reserve Officer Training Corps (AFROTC) Cadets, Members of the Air Force Reserve Command, and any Airman who has sworn or affirmed the United States Uniformed Services Oath of Office and is currently under command and could be deployed, who: (i) submitted a religious accommodation request to the Air Force from the Air Force’s COVID-19 vaccination requirement, where the request was submitted or was pending, from September 1, 2021 to the present; (ii) were confirmed as having had a sincerely held religious belief by or through Air Force Chaplains; and (iii) either had their requested accommodation denied or have not had action on that request.”

The court has ordered the Air Force to file a supplemental brief no more than 10 pages in length and no later than July 21, 2022, identifying why the court should not grant a class-wide preliminary injunction. 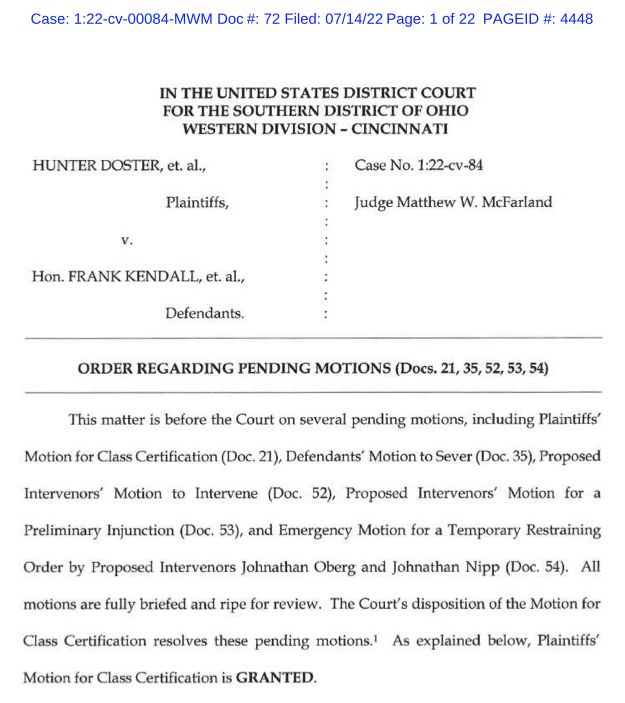 The case is Doster v. Kendall, No. 1:22-cv-84 in the U.S. District Court for the Southern District of Ohio.