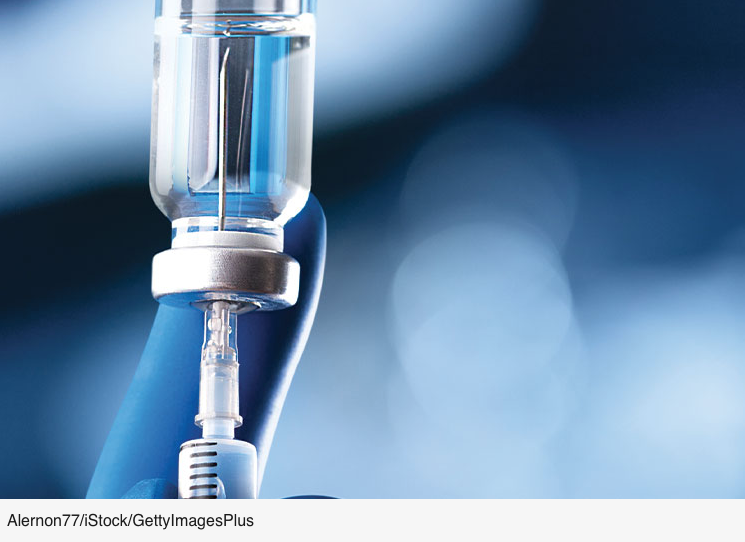 C0VID-19 Vaccines: A “Cure” Worse Than the Disease?

“The COVID-19 vaccines were released on an emergency basis before being properly tested. With the passage of time, the effects of these experimental drugs look increasingly dismal.”

Many Americans have heard the news account of Dr. Gregory Michael, a 56-year-old Florida physician who, after receiving his first dose of the Pfizer/BioNTech COVID vaccine on December 18 of last year, was hospitalized with a blood disorder and spontaneous bleeding. In spite of being treated by a team of physicians, he died of a brain bleed due to total loss of his platelets — the little blood cells that stop bleeding. By February 10, 2021, 36 similar cases were reported in the mainstream media. Pfizer said in a statement that it was “aware of the death,” adding, “We are actively investigating this case, but we don’t believe at this time that there is any direct connection to the vaccine.”

Pfizer made this “finding” despite several unusual circumstances of the case. First, the low-platelet disorder known to most doctors as idiopathic thrombocytopenic purpura (ITP) most commonly affects children, and generally follows a viral illness. Only 10 percent of ITP cases occur in adults, who usually pre-sent with a slow onset form of the disorder, referred to as chronic ITP. The disorder usually starts by easy bleeding, such as slow oozing from gums or the nose, or bruises showing up without trauma. Rarely do platelets drop below 20,000 per microliter (normal levels are 200,000-500,000 per microliter), and generally treatment either reverses the disease or prolongs life for years in spite of the problem.

What happened to this physician and the others seems to be a new problem related to COVID vaccines, despite the manufacturers’ claims. This is further substantiated by the following case:  After receiving the second dose of the Pfizer vaccine, a woman breast-fed her healthy one-month-old baby, who then died of thrombocytopenia.

Increasingly, vaccine manufacturers and government officials are following the sarcastic maxim from Samuel Shem’s novel of medical residency entitled The House of God: “If you don’t take a temperature you can’t find a fever.” In other words, if we don’t critically look at the actual recorded patient damage, we won’t find our products to be defective. Predictably, the major media — most of whose advertising money comes from Big Pharma — is increasingly getting on board, condemning “vaccine hesitancy” and pushing everyone to get vaccinated for COVID, discounting any dangers. But in the practice of medicine, we are supposed to employ the foundational principle of primum non nocere — first, do no harm.

Are These Really “Vaccines,” and Are They Necessary?

Moderna and Pfizer COVID-19 “vaccines” are experimental, employing a genetic technology never before used on humans. Ironically, many people who wouldn’t purchase the first edition of a new car model are lining up to take an injection they know nothing about, that has never successfully passed animal trials, that could never meet the required “safety level” for a “drug,” and that is unapproved for the prevention of COVID except as an emergency experiment. Legally, those who get the vaccine are unnamed participants in a Stage IV Food and Drug Admi-nistration (FDA) trial.

Moreover, a vaccine is supposed to prevent disease. By that definition, these agents are not vaccines. They are more properly termed “experimental unapproved genetic agents.” By admission of the manufacturers themselves, both the Pfizer and Moderna products only lessen the symptoms of COVID; they don’t prevent transmission.

Vaccination was first invented to treat smallpox, which had a fatality rate of up to 60 percent. Then other diseases such as typhoid and polio were similarly addressed. But vaccination should not be used when the death rate is low and effective, safe treatment is available. Although censorship has confused the public understanding, overwhelming evidence dating back to the 1970s shows that we have had success in treating viruses with lysosomotropic agents such as chloroquine. The current truth is that hundreds of papers have shown that chloroquine, and its later version hydroxychloroquine, is very effective in treating this virus if given early. A worldwide open architecture online review of COVID survival (hcqtrial.com) showed that the COVID death rate was 69.9-percent lower in those countries where hydroxychloroquine was used early and often.

Multiple large studies done in outpatient settings show excellent results with hydroxychloroquine and other drugs such as ivermectin. In Mumbai, India, a study was done of the city police force of 10,000 officers. No deaths were recorded in the 4,600 officers taking a small dose of hydroxychloroquine each week. All the deaths were in the untreated group. Using Worldometer statistics, COVID deaths per capita in New York State are 2,770 per million population; in New Jersey they are 2,966 per million population. In India the rate is 273 per million, and in Uganda it is only 10 per million. Neither India nor Uganda used social distancing in any real way. But they do use hydroxychloroquine and ivermectin. New York (except for Dr. Zev Zelenko and a few others) has not used hydroxychloroquine. Recently, as the COVID death rate was increasing in India, the country defied WHO guidelines and started giving asymptomatic and mild COVID cases 200 mcg/kg of ivermectin daily for three to five days, and using both ivermectin and hydroxychloroquine for treatment. The disease and death rate immediately plummeted. Indian medical professionals cite 219 peer-reviewed studies proving the effectiveness of hydroxychloroquine, and 93 studies (54 peer-reviewed) that similarly show ivermectin’s benefit.

As to the claims of the efficacy of the experimental “vaccines,” the declaration of 95-percent effectiveness of the Pfizer product was shown to be false by Dr. Peter Doshi, the associate editor of the British Medical Journal. After doing an independent review of the data submitted to the FDA, Dr. Doshi reported that only about 19 percent of test subjects experienced the slightest benefit (symptom reduction). Absolute risk reduction — in other words, stopping transmission — he estimated at less than one percent. Interestingly, his excellent critique has been scrubbed from the Internet. (I have preserved a paper copy for any fact-checkers out there).

Every medical intervention is made after a risk-benefit analysis, i.e., do the potential risks outweigh the potential benefits? As seen above, the benefits have been highly overrated. During the first four months after the rollout of Pfizer and Moderna “vaccines” in 2021, 97 percent of deaths from vaccines recorded in the Vaccine Adverse Event Reporting System (VAERS) were for those agents, meaning only three percent of reported deaths involved all other vaccines combined. Here are the total deaths for all vaccines reported to VAERS, from January through April, during the years 2018-2021:

According to openvaers.com, as of this writing the VAERS database contains 5,888 reports of deaths following the COVID shots.