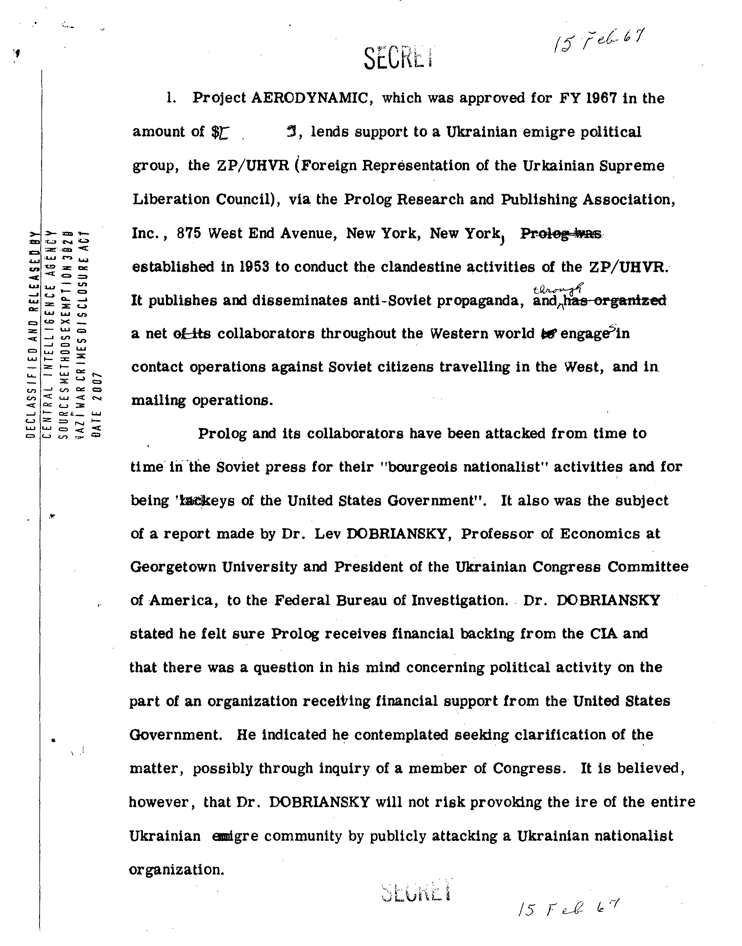 Link To Read the Document_AERODYNAMIC VOL. 5 (DEVELOPMENT AND PLANS)_0004

According to the documents, Ukrainian groups received CIA funding for various endeavors including to publish and disseminate anti-Soviet propaganda and training agents for clandestine activities.

The 1967 report recommended that “Project AERODYNAMIC”  be continued as it was considered important to encourage “divisive manifestations in the Ukrainian SSR.”

The CIA and other rogue alphabet agencies require harsh public scrutiny and independent audits to determine if they are 1. Constitutional, 2. Acting in the best interests of Americans, and 3. If their existence is necessary.

[The divisive manifestations or “divide and conquer” strategy, is a widely used psychological warfare tactic that is skillfully implemented against populations in the USA and around the World]   -jd

Link To Read the Document_AERODYNAMIC VOL. 5 (DEVELOPMENT AND PLANS)_0004