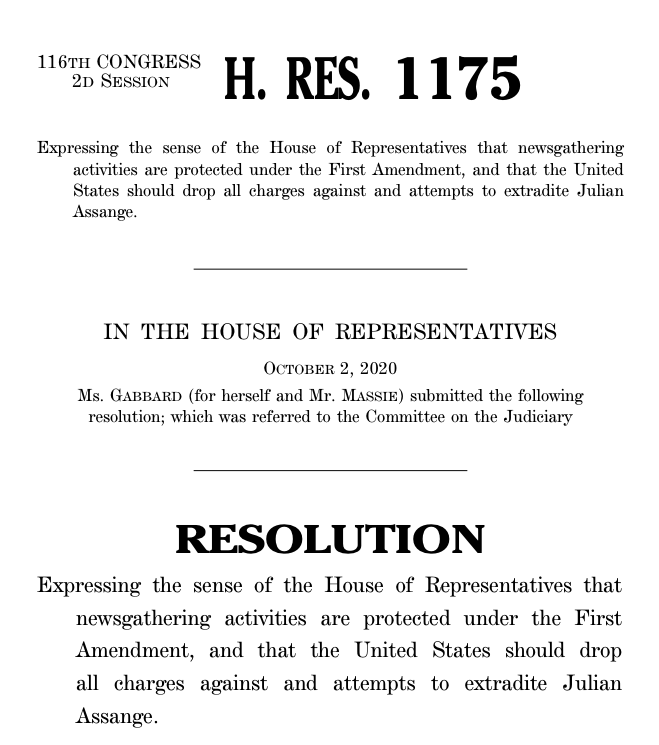 Drop All Charges Against and Attempts to Extradite Julian Assange

October 2020: “Expressing the sense of the House of Representatives that news gathering activities are protected under the First Amendment, and that the United States should drop all charges against and attempts to extradite Julian Assange”.    –H. RES. 1175

Senate Judiciary : Subcommittee on Human Rights and the Law

Drop All Charges Against and Attempts to Extradite Assange

The U.S./CIA is at war with Julian Assange and the People of the World.

What was Assange’s “crime”?   Journalism.

Assange exposed U.S. war crimes.  The murder of countless innocent human beings was not reported by U.S. mainstream press, even though Chelsea Manning attempted to share the information with the Washington Post and the New York Times before sending to Wikileaks.

For 11 years Assange has been targeted by the US  who are now are attempting to “shoot the messenger” rather than admit war crimes.  New reports have revealed that the CIA may have tried to poison the Wikileaks journalist.