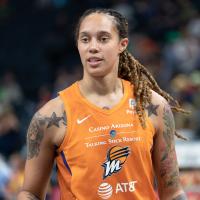 “Brittney Griner has been wrongfully detained for four months and Russia is now engaging in theater by subjecting her to a sham trial in an effort to create a false pretense that she is anything other than a political prisoner,” said Congressman Colin Allred, a member of the Foreign Affairs Committee. “It’s unacceptable that Russia continues to violate international norms and I am proud that the House has spoken in passing our resolution and calling for her swift release. I will keep working with the Biden Administration to do all we can to bring home every American detained abroad.”

“Not a day goes by that we aren’t thinking of Brittney and working to get her home,” said Congressman Greg Stanton. “We will continue to push for her release and make sure that she is not forgotten.”

“I’m grateful for this overwhelming show of support from Congress. We need to be doing all we can to keep Brittney’s case on the forefront and finally put an end to this nightmare,” said Cherelle Griner, Brittney’s wife.

Griner was detained in a Moscow airport in February and her sham trial is scheduled to begin Friday, July 1. She has played for the Russian women’s professional basketball team, UMMC Ekaterinburg, for the past seven years during the WNBA off-season.

The U.S. Department of State considers Griner to be wrongfully detained by the Russian Federation, which means the department, led by the Special Presidential Envoy for Hostage Affairs, will seek to negotiate her release. Allred and his House colleagues are continuing to work with the White House, the State Department, and Griner’s family to secure her safe return.