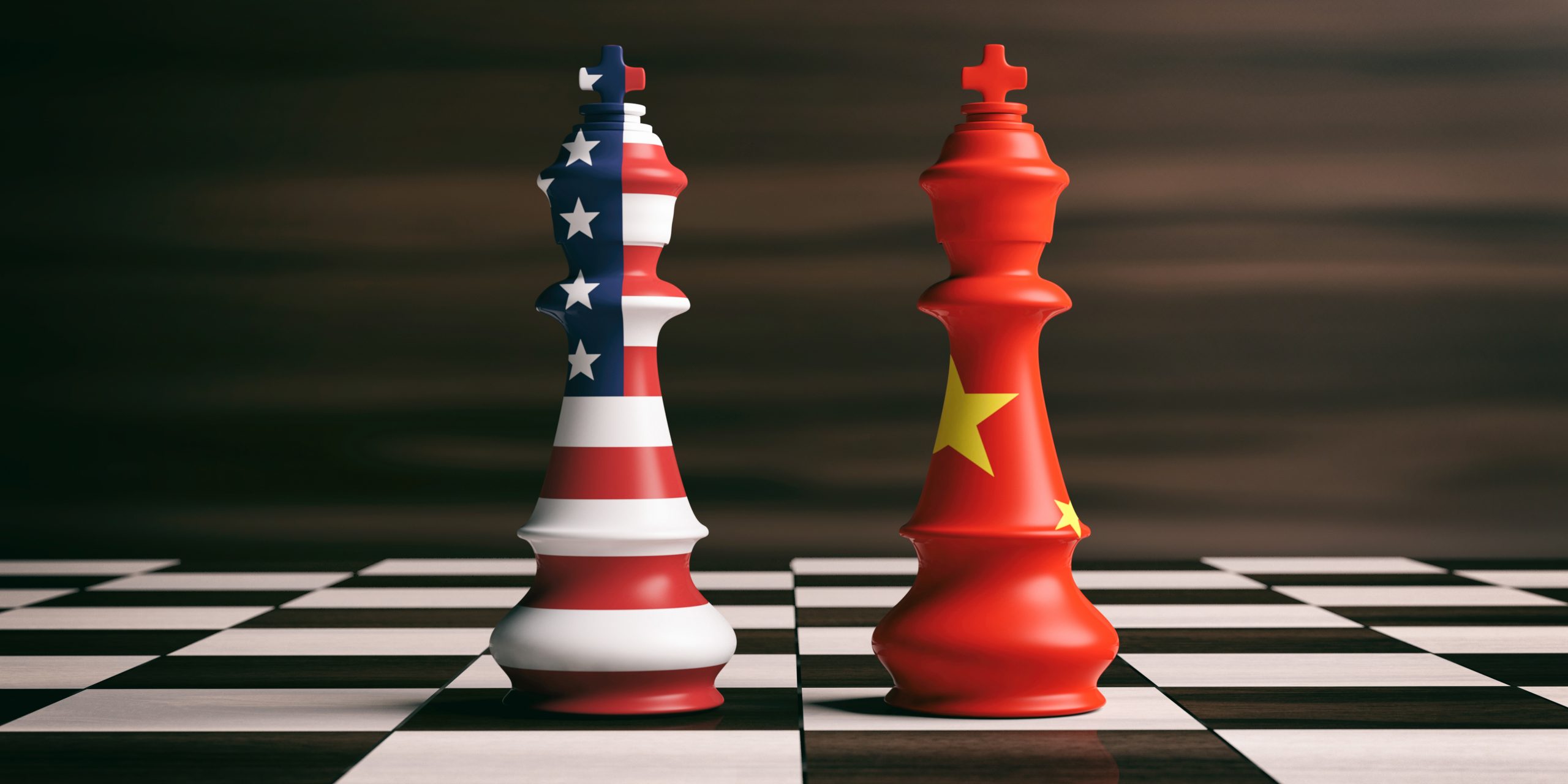 With regard to 5G, the article states:

“The initial salvo for strategic industry leadership began with 5G wireless-telecommunications, as part of the “new information technology” sector. This is the entry point to the global digital and cyber-physical infrastructure with the opportunity to control the network infrastructure. This is also the path to position China as a “first mover” in training artificial intelligence (AI) algorithms on massive global data, driving AI to the network edge and accelerating digital transformation across many industries.”

U.S. leadership has enabled the installation of vulnerable (4G-5G+) wireless systems in the USA that have a built-in back door to China.  Correcting this critical problem with America’s electrical / “smart” grid is crucial to boosting national security, as these easily hackable (weapons) systems not only harvest personal data of Americans 24/7/365, but also engage in constant unwarranted surveillance, in violation of human rights and 4th Amendment Constitutional rights.  -JD

In the past, the United States has confronted the need for a complete transformation in the national security environment. For example, after World War II and the proliferation of nuclear weapons capabilities, the nation undertook Project Solarium and the Project Charles Air Defense Study to define a new national security operating model to contain the Soviet Union.5The competition with China poses an equally significant challenge now.

The United States and China are in a fierce rivalry spanning a broad range of global markets and complex global supply chains. In 2020, US goods imports of $435 billion and exports of $125 billion reflect a trade imbalance with China. Persistent trade imbalances of this magnitude are unsustainable. This is caused by a complex competition in which the playing field is skewed and can lead to global market instability. Our companies and supply chains are interrelated. We depend upon each other’s markets and host each other’s companies.

The “Made in China 2025” plan, published in 2015, is China’s ten-year plan to reduce China’s dependence on foreign technology and to promote China’s technology position in the global marketplace. 6 China is focused on leading ten key high-tech industries (see the “Made in China 2025” figure above). Particular technology areas of competition with the US include information technology, robotics, new materials, and aerospace equipment. This plan is structured to raise the Chinese domestic content of core components and materials to 70% by 2025. The plan is the foundation of China’s economic competition.

The initial salvo for strategic industry leadership began with 5G wireless-telecommunications, as part of the “new information technology” sector. This is the entry point to the global digital and cyber-physical infrastructure with the opportunity to control the network infrastructure. This is also the path to position China as a “first mover” in training artificial intelligence (AI) algorithms on massive global data, driving AI to the network edge and accelerating digital transformation across many industries. 7

As a result, China is driving the development of technologies in the 5G telecommunications sector, led by its pri- vate sector companies Baidu, Alibaba, Tencent, Huawei, and ZTE (Zhongxing Telecommunications Company Ltd.). While there are over 200 Chinese companies listed on US stock exchanges with a total market capitalization in excess of $2.2 trillion, Huawei and ZTE have been the subject of special scrutiny.8 In late 2019, the Wall Street Journal reported that Huawei had access to as much as $75 billion in support from the China state government.9 In July 2020, the US government officially designated Huawei and ZTE as threats to US national security, because of their close ties to the Chinese Communist Party and China’s military apparatus and their legal obligation to cooperate with China’s intelligence services. More recently, White House Executive Order 13959 identified 59 Chinese entities for which US investments are banned by the Treasury Department.10

The “new information technology” sector of the “Made in China 2025” plan also depends on advanced semiconductor technology. State-of-the-art-microelectronics requires a complex supply chain with specialized technical talent and massive capital investments. Manufacturing facilities (fabs) are benchmarked by semiconductor wafer size (measured in millimeter in diameter), manufacturing volume (wafers/ month) and smallest printed geometric feature (nanometers). Today’s state-of-the-art products are manufactured on 300mm wafers at 5nm geometries. At the end of 2018 there were 112 production-class fabs globally utilizing 300mm wafers. 11 The global industry is projected to add at least 38 new 300mm fabs by 2024. Of these, Taiwan is expected to add 11 large-volume fabs, and China will add 8 to account for half of the global 300mm large-volume fabs by 2024. To support this, the China state government has established an investment fund of $150 billion to finance mergers and acquisitions for companies and technologies in the semiconductor industry.12

The US has begun to recognize the criticality of America’s supply chains and the economic security and national security challenge posed by foreign disruption. The recent White House review on this topic launched a comprehensive whole-of-government effort to strengthen domestic competitiveness and supply chain resilience across four critical sectors: (1) semiconductor manufacturing and advanced packaging, (2) large capacity batteries, (3) critical minerals and materials, and (4) pharmaceuticals and active pharmaceutical ingredients.16

To answer the challenge of economic competition, the US will need to greatly improve its ability to understand the national security implications of foreign economic developments and to provide better security for its own developments. New technologies can assist in addressing the national security implications of economic competition. Pursuit and integration of these directions into a comprehensive national defense apparatus might require new agencies and resources. Technology concepts, adapted from the commercial sector, could open new approaches to respond to economic challenges. These include the following.

Military strength and resiliency comprise a second element of competition. China’s strategy of “Military-Civil Fusion” poses significant challenges for the US and our allies. China’s Military-Civil Fusion development strategy has leveraged a whole-of-government approach to achieving parity with the United States in several military areas, including air defense systems, land-based conventional ballistic and cruise missiles, and shipbuilding.17 The prospect of China developing and fielding advanced military capabilities by integrating research across its commercial sector with its military and defense industrial sectors, is a key element of this great power competition.

The Communist Party of China (CPC) Central Committee has established the goal of building a “fully modern military” by 2027, with the capability to defend national sovereignty, safeguard against security threats in the western pacific region, and protect overseas development interests as China’s global economic presence grows.18 These plans include accelerating its integrated development in “mechanization,” “informatization,” and “intelligentization,” comprehensively strengthening military training and preparation. A recent report outlines the pace and impact of China’s military modernization, with a focus on the People’s Liberation Army’s (PLA’s) strategy to use science and technology for military purposes.19

Over the past decade, China has made significant progress in key technical areas including radio frequency systems, electronic warfare, hypersonics, and more recently quantum computing. As an example, Chinese researchers recently published an approach to network hypersonic weapons into a smart swarm for coordinated attacks.20 The concept opens the alarming prospect of a saturation attack that would be difficult to counter, even with future air defense systems. Particularly alarming are the references that the Beijing Institute of Technology authors cited, including the Raytheon Tomahawk Cruise Missile (RGM/UGM-109) Technical Manual and System Description.

The United States has relied upon US technology leadership, unmatched engineering talent, and highly trained military personnel to build, deploy, and operate the world’s most technologically advanced military. With the development and availability of key advanced technologies from the commercial sector, nation state competitors and non-state actors now have equivalent access, eroding the technology overmatch to which our nation has grown accustomed. To recover and maintain technology superiority for military systems, new emphasis needs to be placed on defense technologies, involving new researchand development agencies and approaches. Some concepts that should be explored prior to establishing such centers include the following.

Political strength is the third, and perhaps most challenging, element of the great power competition between the United States and China. China has harnessed its political and military strength in the South China Sea on a Gray Zone strategy. This has become an operational domain characterized by a long campaign of low threshold actions to achieve long-term strategic objectives without crossing the threshold of military confrontation. 24 It includes elements of Hybrid Warfare25 and Soft Power.26

China and Russia are increasingly using Gray Zone means to achieve their objectives without direct military engagement and below the level of war.27 The Gray Zone is growing rapidly in the South China Sea, where China is using coercion, intimidation, propaganda, and manipulation to expand its position in the region.28 China has built an artificial island chain, reclaimed disputed land, militarized islands, and is using legal arguments and diplomatic influence to expand its position.

In early 2020, China’s State Council established two new districts in Sansha City, a prefecture-level city headquartered on Woody Island which governs the bulk of China’s territorial claims in the South China Sea. This development will expand China’s control over the region and further complicate political and diplomatic dynamics.

While military deterrence is essential, the United States and our allies need a set of new technical and operational capabilities to operate in a persistent and multidomain Gray Zone.29,30

Prevailing in a prolonged political competition with China requires the United States to develop and implement a whole-of-government approach to integrate economic, political, and military signatures, indications, and warnings. The following technical approaches should be explored and deployed.