The following article provides shocking testimonials from military whistleblowers, providing clear evidence that DOD leadership is failing to protect the health of American service men and women. The Biden Administration and DOD’s mandate to force our soldiers to be used as human test subjects for the experimental mRNA injection indicates that the United States military leadership may be severely compromised.

An immediate halt to mandated mRNA shots, an independent investigation into the current policy and accountability of top leadership is crucial to correcting what appears to be the intentional destruction of the American military’s health, morale and readiness. -JD

A group of active U.S. military pilots are coming forward as whistleblowers to challenge both the legal and moral nature of the Department of Defense mRNA mandate, and they’ve produced some shocking testimonials that challenge virtually all of the mainstream narratives about a supposedly “safe and effective” mRNA vaccine.

The Dossier got in contact with the whistleblowers and acquired a series of documents that showcase the damage wrought by the mRNA mandate. It serves as a troubling account of a Biden Administration Defense Department that has damaged military readiness, alienated those who challenge the arguably illegal mandate, and created an environment in which many are deciding to not come forward with additional vaccine injuries, for fear of being sidelined from the service.

In the PDF files below you will find two separate reports dozens of accounts solicited from this small group of whistleblowers within their military network. These files have been submitted to select Congressional offices, but unfortunately, legislators have not yet taken action on the information.

Below you’ll find a few accounts from the first report, from direct testimony and internal documents provided from active service members to the whistleblowers. I encourage you to read the whole thing. Again, Congress has this information and can act upon it should they so choose.

Again, this evidence was provided to The Dossier by a small group of whistleblower pilots in the military. It all comes from a network of hundreds of active service members. It is a tiny sample size of the undoubtedly widespread post-mRNA injection issues faced by service members.

Military service members are not seriously threatened by the novel coronavirus, and the Defense Department was well aware of that prior to issuing its legally contested mandate in August of 2021, on the fraudulent basis that there was an FDA approved (not under emergency use authorization) vaccine available to service members.

The DOD’s own numbers have attributed 95 military service member deaths to COVID-19 since early 2020. Mysteriously, the vast majority of these deaths occurred shortly after they instituted the vaccine mandate for all service members. Prior to the mandate, the active military was registering about one COVID death per month on average. 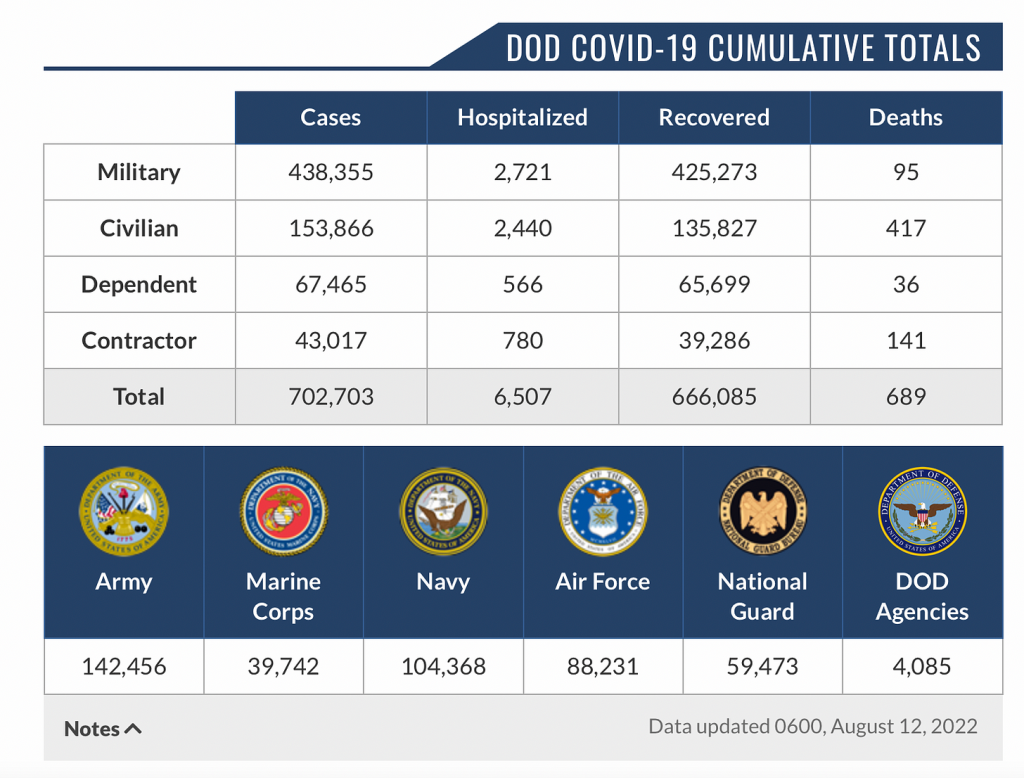