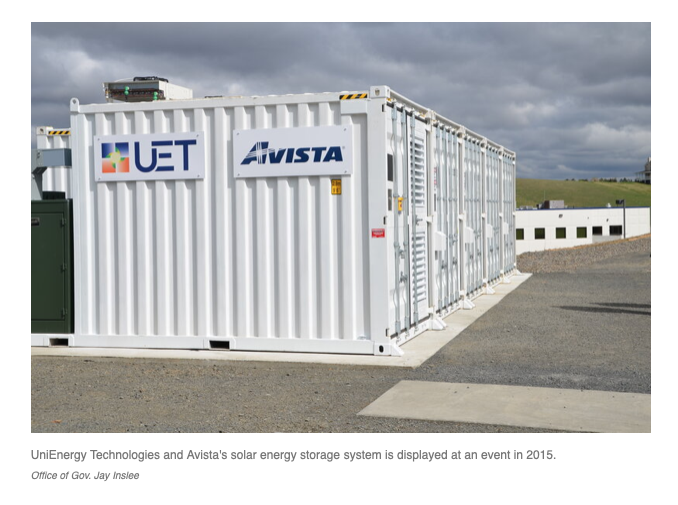 The U.S. made a breakthrough battery discovery — then gave the technology to China

When a group of engineers and researchers gathered in a warehouse in Mukilteo, Wash., 10 years ago, they knew they were onto something big. They scrounged up tables and chairs, cleared out space in the parking lot for experiments and got to work.

They were building a battery — a vanadium redox flow battery — based on a design created by two dozen U.S. scientists at a government lab. The batteries were about the size of a refrigerator, held enough energy to power a house, and could be used for decades. The engineers pictured people plunking them down next to their air conditioners, attaching solar panels to them, and everyone living happily ever after off the grid.

“It was beyond promise,” said Chris Howard, one of the engineers who worked there for a U.S. company called UniEnergy. “We were seeing it functioning as designed, as expected.”

But that’s not what happened. Instead of the batteries becoming the next great American success story, the warehouse is now shuttered and empty. All the employees who worked there were laid off. And more than 5,200 miles away, a Chinese company is hard at work making the batteries in Dalian, China.