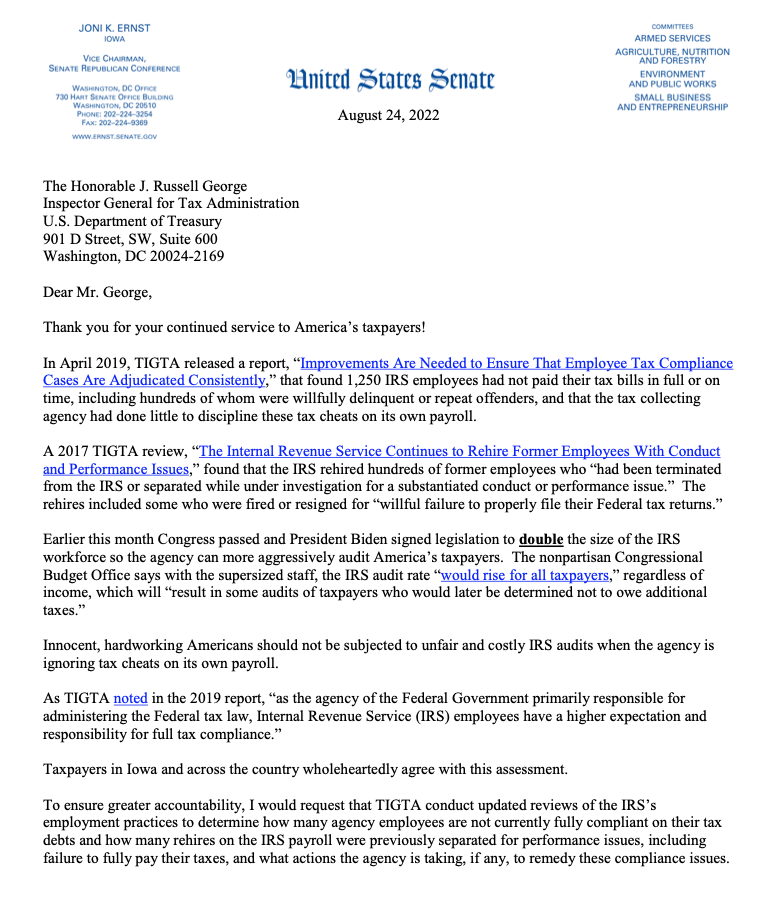 Most Americans would likely agree that taxes are robbery and that the IRS should be shut down. 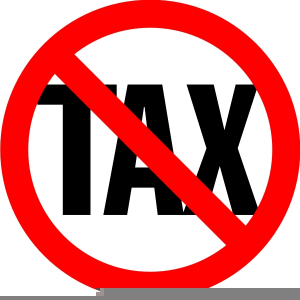 Iowa Senator Joni Ernst is demanding an audit of the tax collectors, pointing out the fact that a 2019 government report found that 1,250 IRS employees failed to pay their own taxes. A 2017 report found that the alphabet agency rehired hundreds of former employees who had been fired for “willful failure to properly file their Federal tax returns.”  -JD

Democrats Double the Size of the IRS to Audit Innocent Americans While Thousands of Tax Collectors Fail to Pay Their Own Tax Bills.

RED OAK – As the Biden administration is set to hire 87,000 IRS agents to audit America, U.S. Senator Joni Ernst (R-Iowa), the Senate’s biggest foe of government waste, is demanding an audit of the IRS’s tax collectors themselves by the Treasury Inspector General for Tax Administration (TIGTA).

Ernst highlights a 2019 TIGTA report that found 1,250 IRS employees failed to fully pay their taxes – including hundreds of repeat offenders – and that the tax collecting agency had done little to discipline these employees. Additionally, Ernst also pointed to a 2017 report that found that the agency rehired hundreds of former employees who had been previously terminated, some for “willful failure to properly file their Federal tax returns.” IRS staffers gave “a variety of excuses” for not paying their taxes, including forgetting to report all income or being unable to use TurboTax.

“We have a real problem if the IRS staff who enforce the tax law aren’t paying their own taxes and can’t even understand how to properly fill out the agency’s tax forms!” said Ernst. “I’ve heard enough of the excuses and these Washington double standards. The IRS needs to start living under its own rules and that’s why I am demanding that we audit the IRS!”

Ernst awarded her August 2022 Squeal Award to the soon-to-be supersized IRS for going after hardworking taxpayers while ignoring the tax cheats on their own payroll.