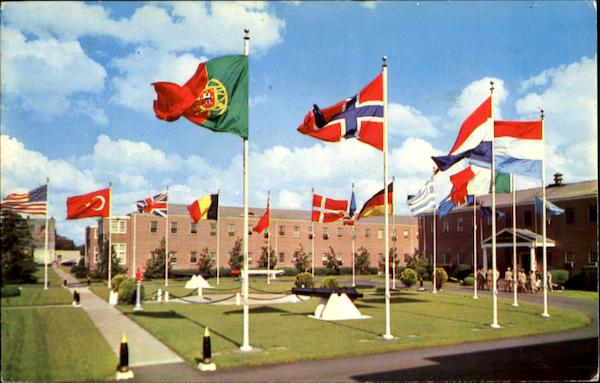 Kentucky Senator Rand Paul recently introduced an amendment to reaffirm that NATO cannot supersede Congress in declaring U.S. involvement in war, however it was rejected by the Senate Foreign Relations Committee.[1]

George Soros wrote Toward a New World Order: The Future of NATO in 1993

Is the US Operating Under NATO Command? LINK

HERE ARE THE FACTS: Norfolk NATO Base is “fully operational” and ready to support the “international order”

Chairman of the Joint Chief of Staff Mark Milley stated that NATO new headquarters at the NAVAL base in Norfolk, VA has “full readiness” and is now “fully operational” in support of the “international order” and in anticipation of the “Battle of the Atlantic”.

Pentagon spokesman, John Kirby, stated that “placing the U.S. Carrier Strike Force under NATO shows our commitment to the alliance.”

Question: Is the Norfolk NAVAL base now under the command of NATO? Or, maybe more likely, is it ready to be put under full NATO command at any time?

HERE ARE THE FACTS

In October 2019, the U.S. Navy celebrated its 244th Birthday.   Beginning as privateers hired by the colonists to attack British commerce vessels during the Revolutionary War, the Continental Congress established a naval force in October, 1775.   President John Adams signed the Act to formally establish the Department of the Navy in 1798.

Described as the largest naval station in the world, the Norfolk Naval Base was established in 1917 with 3,400 acres including four miles of waterfront space, eleven miles of pier and wharf space to accommodate seventy-five ships, one hundred thirty four aircraft, fourteen piers and eleven air craft hangars.

NATO and the UN have had a cooperative relationship to “global crisis management” since the 1990’s in support of UN Security Council resolutions in the Balkans, Afghanistan, Libya and now Ukraine.  On June 4, 2021, NATO Chief Jan Stoltenberg called for more investment from the Alliance and adherence to NATO’s 2030 Agenda as it takes a more global approach.

NATO apologists say that there is ‘no evidence that Naval Station Norfolk was surrendered to NATO” and that the US Department of Defense “refuted the claim.”

By creating a military and political alliance, why would the US Government or the Pentagon relinquish its largest and most strategically important Naval base at Norfolk to any foreign military entity including NATO?   Perhaps a better word than “surrender’ might be that the US Government has ‘abdicated’ its responsibility for Norfolk or that it has “relinquished’ its global supremacy and its authority to NATO.   Where is the DOD’s refutation?  Questions remain about how the Pentagon allowed NATO’s invasive presence at Norfolk and we remain committed to discover the true  story.

It is true that no national news outlets have reported on NATO’s acquisition of the Norfolk base with no press release from the Department of Defense, the Navy and NATO informing the American public or explaining the NATO-Norfolk association.  That is exactly the point!  There has been a national news black out with no public notice or announcement except in the localized Norfolk area.