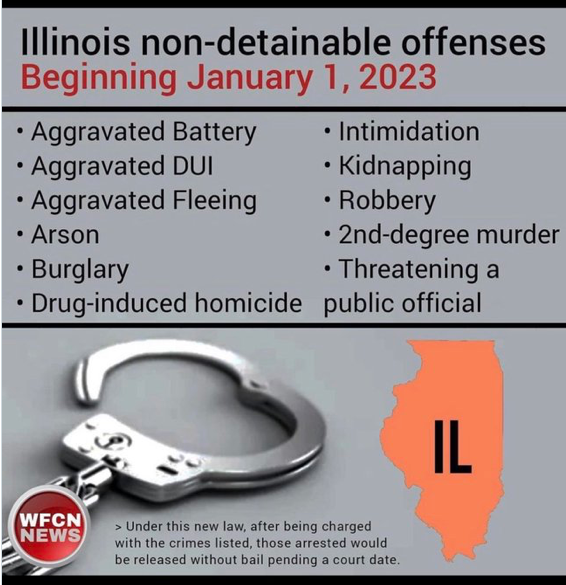 “This is a massive threat to the residents of Orland Park, Cook County, and Illinois”.

The nearly 800 page legislation was passed in the middle of the night with 40 minutes of public review.  The law, set to go into effect on January 1, 2023, provides that defendants charged with criminal acts be released from custody without posting monetary bail.

Violent offenders who are released on electronic monitoring and violate the terms of their release must be in violation for 48 hours before law enforcement can take any action.

Eliminating bail contradicts established law and places crime victims at greater risk to be re-victimized. Additionally, threatening a public official is listed as a non-retainable offense.

Many will recall the terrifying experience of Mayor Lightfoot who was harassed earlier this year by an armed attacker. She was likely not aware of the provisions in the SAFE-T Act.

Why would legislators choose to increase violent crime in their State?  -JD