November 8, 2022 | Is Mainstream Media the Disinformation Megaphone of the CIA? | Image Source

Recent reports have revealed that the Department of Homeland Security (DHS) has been colluding with social media platforms to suppress and censor the free speech of Americans.

In the 1983 interview below, CIA Officer Frank Snepp discusses his role in “planting stories” riddled with disinformation to well respected authors of major news publications. He describes how the American public and Congress were targets of CIA propaganda.

The CIA and DHS are among many alphabet agencies working counter to the public interest that should be defunded and shut down for good. -JD

Ex-CIA director Pompeo: “We lied, we cheated, we stole” 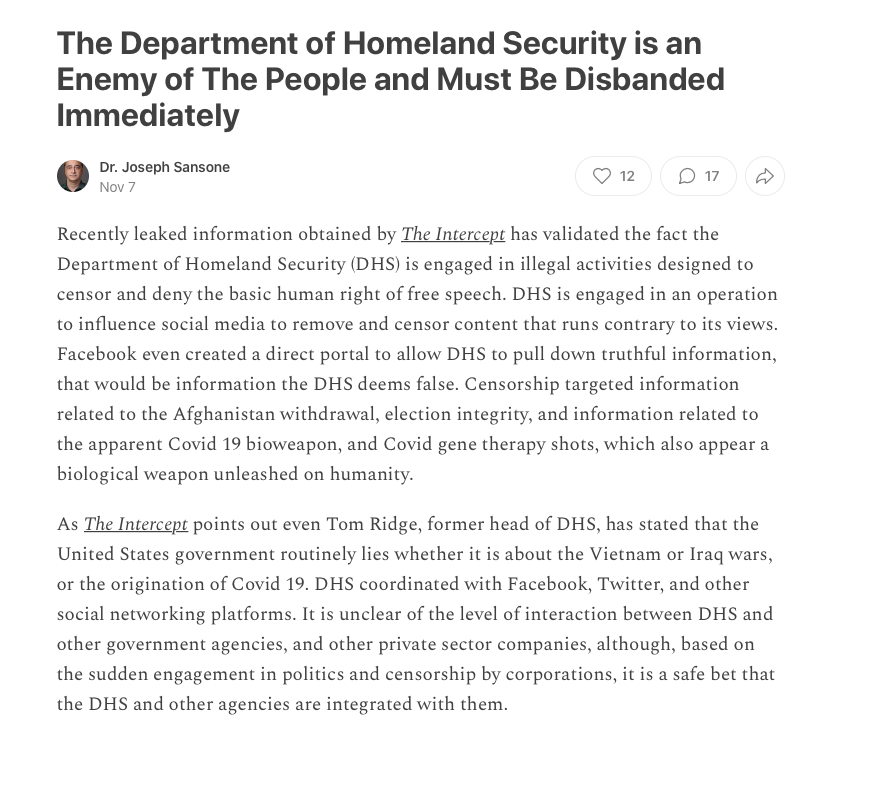