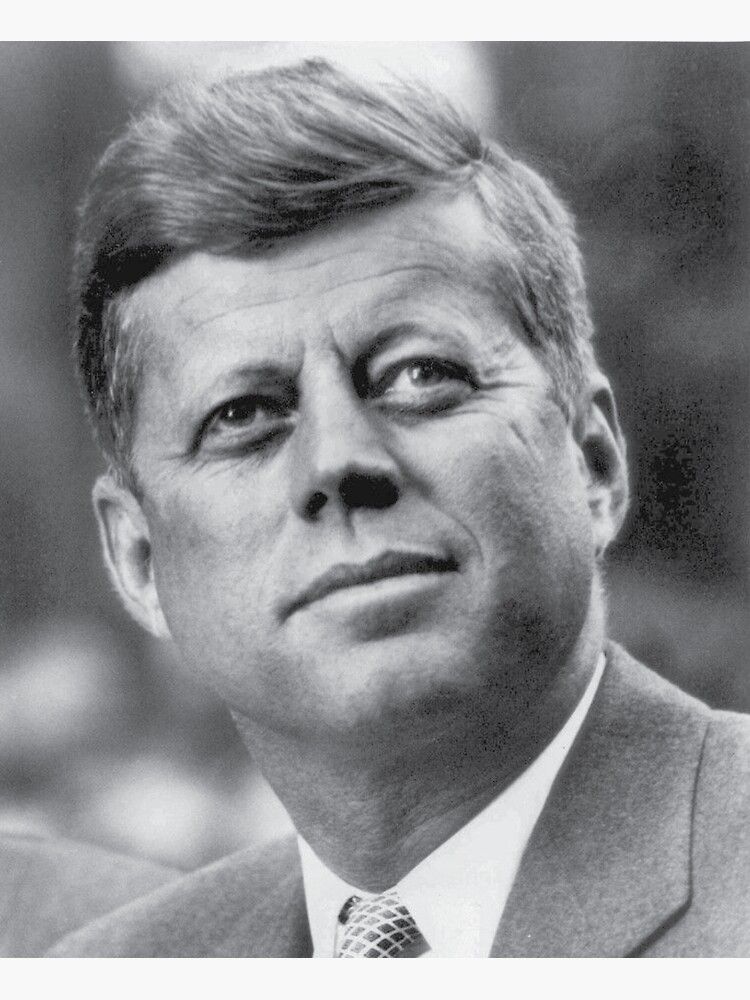 Some would say that the USA never recovered from the brutal public execution of President John F. Kennedy, 59 years ago today.

Vice President Lyndon B. Johnson and members of national intelligence agencies have been linked to the murder and subsequent coup d’état that demoralized our nation and allowed the perpetrators of the horrific assassination to steal the reigns of power and lead America down a dark path that has yet to be corrected. -JD

Today is the fifty-ninth anniversary of the brutal assassination of President John Fitzgerald Kennedy in Dallas, Texas and the subsequent regime change/cover-up of his murder. After almost six decades the final confrontation, repercussions, reconciliation, and resolution of this tragic event and its impact must be undertaken.

President Joseph R. Biden must issue the appropriate executive order in compliance with the President John F. Kennedy Assassination Records Collection Act of 1992, and direct all government agencies/entities to make public and unredacted all complete files and records pertaining to the assassination of John Kennedy as directed by this Act. This information shall be transmitted to the National Archives for full public disclosure to be included in the Archives’ Collection and made available for public inspection and copying.

There is an ever-growing scholarly consensus among presidential historians, distinguished political analysts, and JFK assassination researchers that on November 22, 1963, an insidious coup d’état by Vice President Lyndon B. Johnson and the highest echelons of the National Security State was accomplished with the brutal murder of President John F. Kennedy.

What happened on that fateful Friday in Dallas fifty-nine years ago led to perhaps the single most important series of events affecting the subsequent history of our nation. It lies at the inner most depth, the dark clotted heart, of what observers now describe as the deep state.

Thirty years after his film JFK, filmmaker Oliver Stone takes viewers on a journey though recently declassified evidence in the assassination of President Kennedy — the most consequential American murder mystery of the twentieth century. Joined by Whoopi Goldberg and Donald Sutherland, as well as a distinguished team of forensics, medical and ballistics experts, historians, and witnesses, Stone presents compelling evidence that in the Kennedy case ‘conspiracy theory’ is now ‘conspiracy fact.’

This is the full length uncut version of Rush to Judgment by Mark Lane. Lane, one of the early critics of the preconceived conclusions of the Warren Commission, went to Dallas to do his own investigation and interview witnesses that were ignored by the Commission and others who expanded on their knowledge of the JFK assassination. Particularly crucial were the authoritative statements of eyewitnesses S. M. Holland, Lee E. Bowers, and Mrs. Acquila Clemons, What is portrayed in this short critique offers a different picture from the one presented by the US government to the world. This film is a brief for the defense of Lee Harvey Oswald. Mark Lane’s pioneering best-selling book, Rush to Judgment, challenged the Warren Commission Report relating to Lee Harvey Oswald as the sole assassin of President John Kennedy.

Andrew Gavin Marshall has written an exceptional online summary article, “The National Security State and the Assassination of JFK” which builds upon the path-breaking research of author James W. Douglass in his widely-acclaimed book, JFK and the Unspeakable:Why He Died and Why It Matters  These are the first analytical studies serious scholars should examine in depth, followed by the entire five volume series of Douglas P. Horne’s Inside the Assassination Records Review Board: The U.S. Government’s Final Attempt to Reconcile the Conflicting Medical Evidence in the Assassination of JFK.

Horne is the former Chief Analyst for Military Records for the Assassination Records Review Board (ARRB), established by the JFK Records Act of 1992, which was tasked with defining, locating, and ensuring the declassification (to the maximum extent possible under the JFK Act) of all Federal Records considered “reasonably related” to the assassination of President John F. Kennedy. Horne details the numerous anomalies and interrupted chain of custody and destruction of key evidence regarding the president’s body, in the autopsy report(s), the autopsy photo collection (particularly the JFK brain photographs), the deliberate alteration and forgery of the extant Zapruder film, and the supposed “magic bullet” found at Parkland Hospital in Dallas. Watch Douglas P. Horne’s definitive five part video documentary series which summarizes his exceptional research, Altered History: Exposing Deceit and Deception in the JFK, Assassination Medical Evidence. Horne has also written the concise authoritative summary volume, JFK’s War with the National Security Establishment: Why Kennedy Was Assassinated.

While serving as chief analyst of military records at the Assassination Records Review Board in 1997, Douglas P. Horne discovered that the Zapruder Film was examined by the CIA’s National Photographic Interpretation Center two days after the assassination of President Kennedy. In this film, Horne interviews legendary NPIC photo interpreter Dino Brugioni, who speaks for the first time about another NPIC examination of the film the day after the assassination. Brugioni didn’t know about the second examination and believes the Zapruder Film in the archives today is not the film he saw the day after the assassination. Drawing on Volume 4 of his book “Inside the ARRB”, Horne introduces the subject and presents his conclusions.

Michael Glennon – “Double Government and the ‘Best Truth’ about the Assassination;”

Michael Swanson – “What Is The Purpose of the National Security State?”

Oliver Stone with James DiEugenio – “If JFK Were Alive Today;” and

The national-security establishment’s assassination of President John F. Kennedy was one of the pivotal events in our lifetime, and it continues to have an adverse impact on American life today. This conference was held in March and April of 2021 and was oriented toward people who are not well-versed in the assassination and who wish to gain a deeper understanding of it.

The conference presents an easy-to-understand introduction to what happened and why. Consider it a primer on the Kennedy assassination. Attendees learned about President Kennedy’s foreign policy and how it was so different from that of both his predecessors and successors — and why the Pentagon and the CIA considered it to be such a grave threat to national security. Attendees also learned about the fraudulent nature of the autopsy that the national-security establishment performed on the president’s body on the evening of the assassination and how it leads to an understanding of the assassination itself.

The conference consists of an astounding 31 hours of online presentations by various speakers,  Viewers will have a good grasp of what happened on that fateful day in November 1963 and why it is so critically important today.

This is an excellent and invaluable resource. Comprehensive, accessible and unprecedented, Who’s Who in the JFK Assassination presents vital information on each of more than 1,400 individuals related in any noteworthy way to the murders of President John F. Kennedy, Dallas Police Officer J. D. Tippit and alleged assassin Lee Harvey Oswald on November 22 and 24, 1963. Based on years of research, a wealth of sources and a long study of the Warren Commission’s twenty-six volumes, this encyclopedic book includes: A-to-Z entries on virtually all the suspects, victims, witnesses, law enforcement officials and investigators.

Quick identification of each person followed by biographical facts, testimony, evidence and more. Detailed listings of sources. Explorations of the puzzling theories and countless sides of the case. Extensive cross-referencing of entries, allowing readers to follow their own investigations and construct their own conclusions. This all-new who’s who will prove an essential companion to the many best-selling books, documentaries and feature films about the JFK assassination.

Bound to be referred to again and again, it is the complete resource for anyone who wants to know more about– or wants to keep better track of– the key players involved in one of the most infamous chapters in American history.

This is the first of several high-level political analyses motivated by a need to better understand the politics that led to both the JFK assassination and the Nixon Watergate Affair. It deploys as the primary theoretical model, C. Wright Mills “Theory of the Power Elite” and the framework in Carroll Quigleys book Tragedy and Hope. With these tools, Carl Oglesby posits an interesting thesis: that JFK’s assassination, instead of being a random act by a lone nut was in fact a carefully planned and professional executed ongoing coup d’ etat a la Americaine, a not so silent coup by the same forces responsible for the murders of JFK, RFK, MLK, Malcolm X and possibly the demise and eventual destruction of the billionaire Howard Hughes.

What all of these events had in common was that they were links in a chain designed to replace one set of power elite (members of the old moneyed “peace promoting” Northeastern Yankee Establishment) with another (the Nuevo Riche and newly arrived, “progress through war” Western Cowboys). Thus it is argued here that the events connecting Dallas, Memphis, Watergate and the demise of the Hughes empire, are but threads in a common fabric, growing and evolving directly out of the systematic corruption of American politics and out of contemporary political realities.