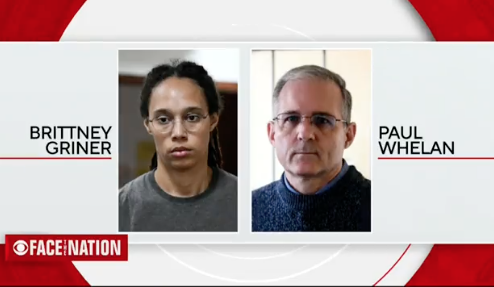 Brittney Griner has been freed, traded for arms dealer Viktor Bout in a prisoner swap; Paul Whelan is still being held hostage in Russian prison.

Call on members of  Congress and The White House to prioritize negotiations to bring them home. -JD 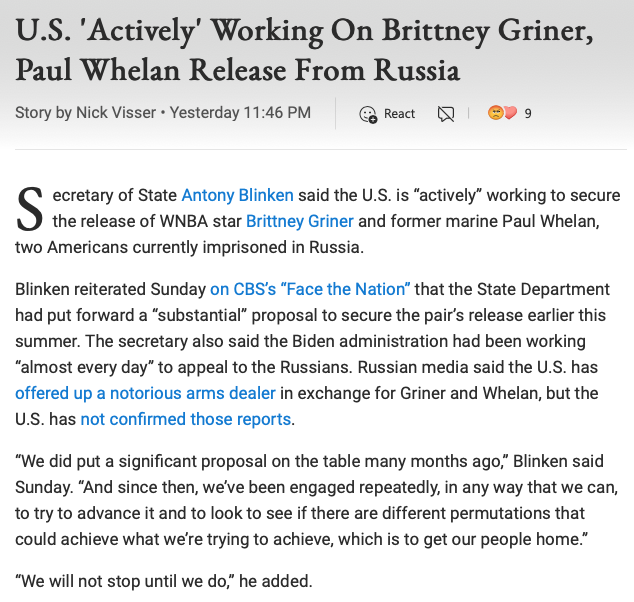 The US is trying to bring two Americans home from Russia — Brittney Griner and Paul Whelan — by offering convicted arms dealer Viktor Bout. What is the state of negotiations?
Sec. of State Blinken tells @margbrennan, “It's not just what we want. It's what they're prepared to do” pic.twitter.com/VBygj9yydt

Updated  | Less than 24 hours after calling for a policy change in Ukraine, progressive leaders in Congress formally retracted their call for diplomacy to end the conflict. -JD

Progressive Congress Members wrote a letter to Biden calling for a dramatic shift in policy with regard to the Ukraine situation.

Their remarks concluded with, “we urge you to make vigorous diplomatic efforts in support of a negotiated settlement and ceasefire, engage in direct talks with Russia, explore prospects for a new European security arrangement acceptable to all parties that will allow for a sovereign and independent Ukraine, and, in coordination with our Ukrainian partners, seek a rapid end to the conflict and reiterate this goal as America’s chief priority.”

This is a critical change in direction.

“..as legislators responsible for the expenditure of tens of billions of U.S. taxpayer dollars in military assistance in the conflict, we believe such involvement in this war also creates responsibility for the United States to seriously explore all possible avenues, including direct engagement with Russia, to reduce harm and support Ukraine in achieving a peaceful settlement.” 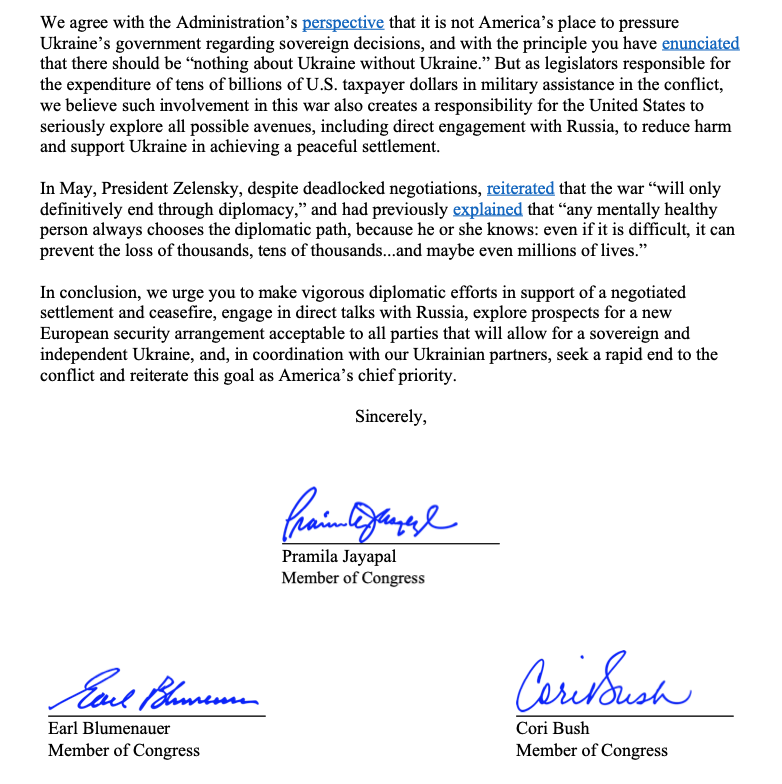