Supporters of ICAN know that actions taken at the grassroots level can have a big impact on public health policy.  A recent example of this took place in Shasta County, California, when, on October 18, 2021, 45% of families across Shasta County public schools kept their students at home in order to demonstrate their opposition to COVID-19 vaccine mandates for school children.  What’s more, 80% of families in the community expressed their hesitation to COVID-19 vaccines for their children, even voicing their plans to withdraw their children if COVID-19 vaccines were to be mandated.

After ICAN’s attorneys submitted a  records request  to the California Health and Human Services Agency, ICAN discovered that those parents’ small action – merely keeping their children home and voicing their objection to a proposed mandate – had a big impact.  Just weeks later, the superintendents of 21 out of a total of 25 school districts in Shasta County, in addition to the Superintendent of the Shasta County Office of Education, wrote Governor Newsom and other California public health officials, urging them not to move forward with COVID-19 vaccine legislation in order to leave intact parents’ option for a personal belief exemption.  The letter noted that the county’s public schools otherwise stood to lose up to 70% of their students.

When the California Department of Public Health’s Director received the letter, he shared it internally with Mark Ghaly, Secretary of the California Health and Human Services Agency, and the agency’s Undersecretary, Marko Mijic.  Notably, the state of California has not yet mandated that students receive a COVID-19 vaccine.

This just goes to show that parents can have a big impact in their community by simply making their voices heard.  As the past two years have shown us, right now it is more important than ever to take action against coercive mandates.  There is strength in numbers and parents who demand the right to make their own decisions for their children are most certainly not the minority! 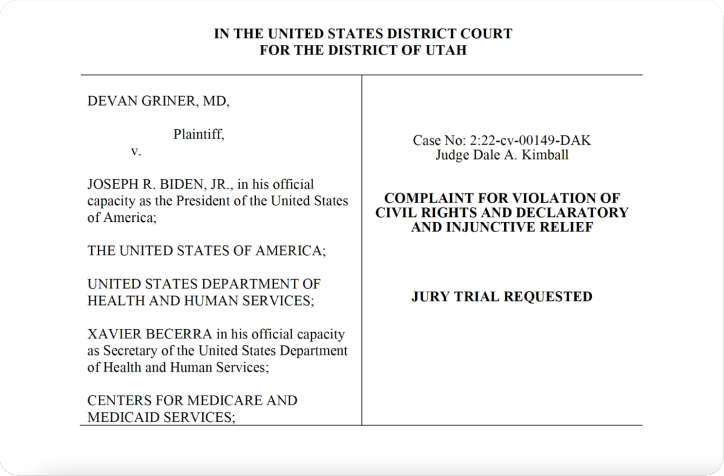 Please support us in our mission to continue to seek and obtain justice and accountability from our elected officials, and those who serve them … and deserve, We The People.  Here’s how you can help and actively get involved….

We’ve updated the PN website with a new section that allows you or a loved one to report any type of medical discrimination or injury due to the jab.  You can go there now to upload your claim.

Please continue to send your demand letters each day – you can now see how many letters have been sent to each state representative from your State on the letter selection page when you scroll down. LINK 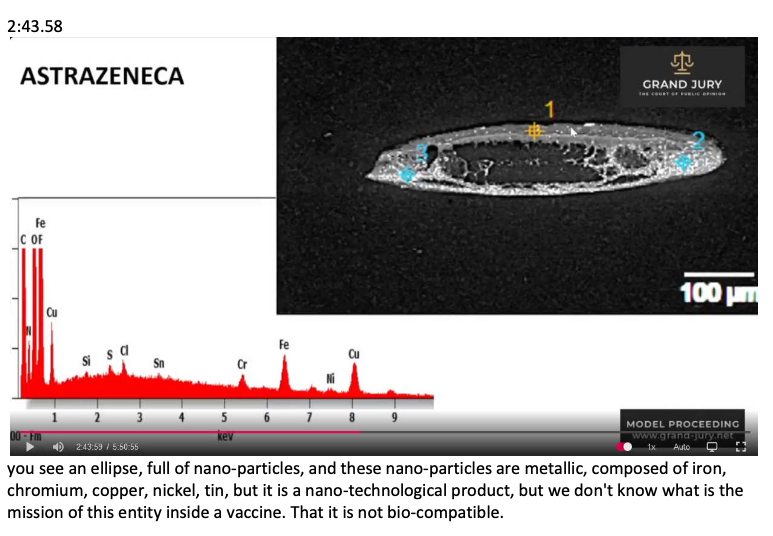 In case you missed Day 4 of the CoVid Grand Jury Trials, Dr. Antonietta Gatti’s testimony below provides verification of the chemical composition and contamination of 42 standard “vaccines”. She discusses the nanotechnological content of the mRNA products and concludes that the direct nano-bio-interaction of nano particles with DNA is very dangerous. Dr. Gatti states, “I don’t see the possibility for the body to counter-act against these stimuli.” 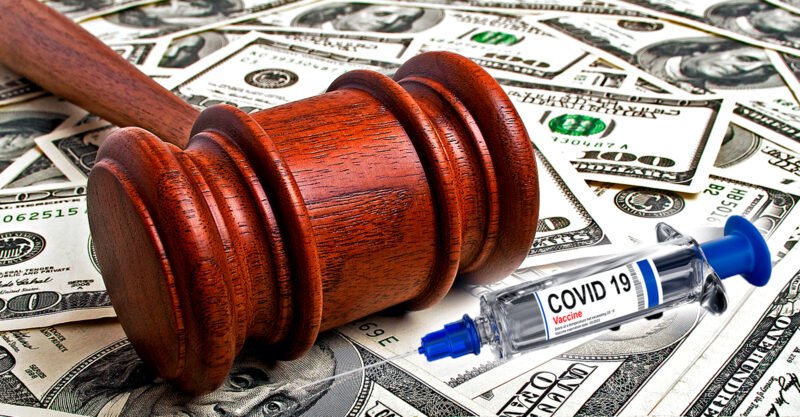 The class action settlement against NorthShore University HealthSystem is on behalf of more than 500 current and former healthcare workers who were unlawfully discriminated against and denied religious exemptions from the COVID shot mandate.

The agreed-upon settlement was filed today in the federal Northern District Court of Illinois.

As a result of the settlement, NorthShore will pay $10,337,500 to compensate these healthcare employees who were victims of religious discrimination, and who were punished for their religious beliefs against taking an injection associated with aborted fetal cells.

This is a historic, first-of-its-kind class action settlement against a private employer who unlawfully denied hundreds of religious exemption requests to COVID-19 shots.

The settlement must be approved by the federal District Court.

Employees of NorthShore who were denied religious exemptions will receive notice of the settlement, and will have an opportunity to comment, object, request to opt out or submit a claim form for payment out of the settlement fund, all in accordance with deadlines that will be set by the court.

No position in any NorthShore facility will be considered off limits to unvaccinated employees with approved religious exemptions.

In addition, employees who were terminated because of their religious refusal of the COVID shots will be eligible for rehire if they apply within 90 days of the final settlement approved by the court, and they will retain their previous seniority level.

The amount of individual payments from the settlement fund will depend on how many valid and timely claim forms are submitted during the claims process.

If the settlement is approved by the court and all or nearly all of the affected employees file valid and timely claims, it is estimated that employees who were terminated or resigned because of their religious refusal of a COVID shot will receive approximately $25,000 each, and employees who were forced to accept a COVID shot against their religious beliefs to keep their jobs will receive approximately $3,000 each.

The 13 healthcare workers who are lead plaintiffs in the lawsuit will receive an additional approximate payment of $20,000 each for their important role in bringing this lawsuit and representing the class of NorthShore healthcare workers.

Liberty Counsel will receive 20% of the settlement sum, which equals $2,061,500, as payment for the significant attorney’s fees and costs it has required to undertake to sue NorthShore and hold it accountable for its actions. This amount is far less than the typical 33% usually requested by attorneys in class action litigation.

If NorthShore had agreed then to follow the law and grant religious exemptions, the matter would have been quickly resolved and it would have cost it nothing.

But, when NorthShore refused to follow the law, and instead denied all religious exemption and accommodation requests for employees working in its facilities, Liberty Counsel filed a class action lawsuit, along with a motion for a temporary restraining order and injunction.

“We are very pleased with the historic, $10 million settlement achieved in our class action lawsuit against NorthShore University HealthSystem.

“The drastic policy change and substantial monetary relief required by the settlement will bring a strong measure of justice to NorthShore’s employees who were callously forced to choose between their conscience and their jobs.

“This settlement should also serve as a strong warning to employers across the nation that they cannot refuse to accommodate those with sincere religious objections to forced vaccination mandates.”

“This classwide settlement providing compensation and the opportunity to return to work is the first of its kind in the nation involving COVID shot mandates. This settlement should be a wake-up call to every employer that did not accommodate or exempt employees who opposed the COVID shots for religious reasons.

“Let this case be a warning to employers that violated Title VII. It is especially significant and gratifying that this first classwide COVID settlement protects health care workers. Health care workers are heroes who daily give their lives to protect and treat their patients. They are needed now more than ever.” 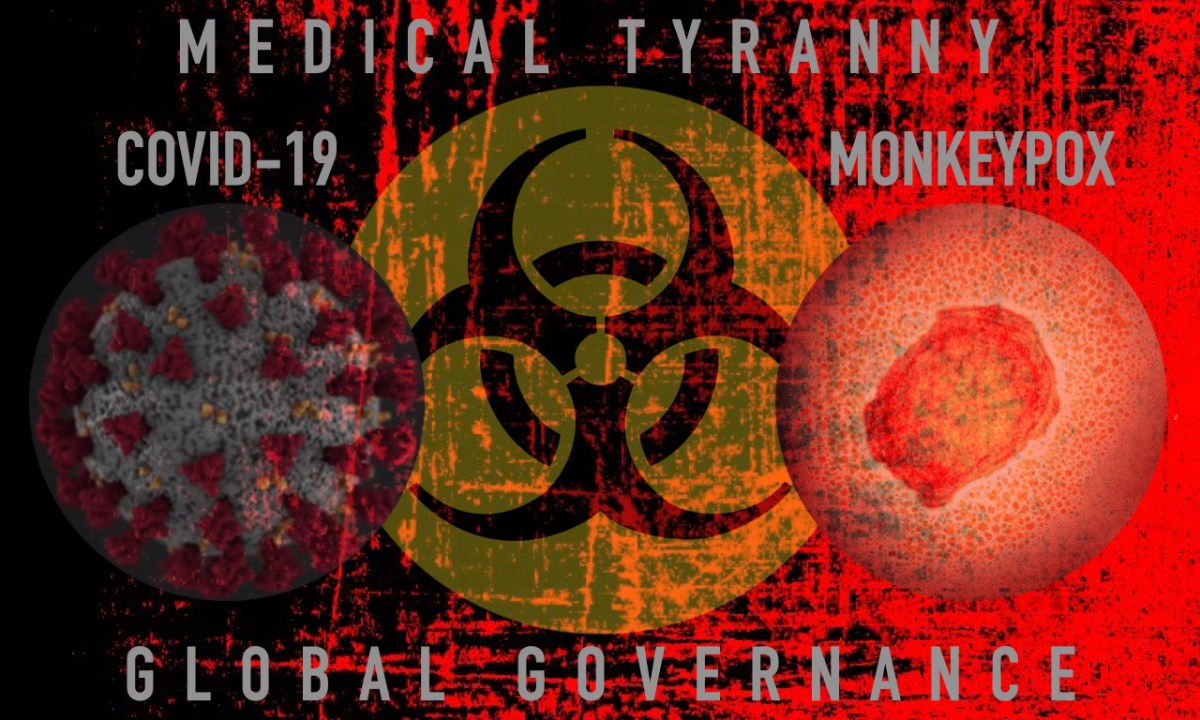 America: Get Ready To Say NO To The Next Pandemic

Hey America, You’re Actually Getting a Second Chance, Don’t Screw It up This Time

Around this time two years ago and perhaps even going a few more months back into 2020 when the COVID-19 “pandemic” was kicking into overdrive, Americans had a choice to make. It was to march along to the orders of a federal government hijacked by China et al, as enforced by the states and as propagated by the MSM -or- it was to think independently and critically to ascertain the truth about a fraudulent construct being portrayed as a “pandemic” and therefore be positioned to unite and fight for the truth, the country and each other.

It’s important to note that all of the work and evidence assembled at Moonshine is open-source and available to anyone.

The evidence now that COVID-19 is a construct of enterprise fraud is deep and wide for those willing to consume and accept it. I began reporting on the enterprise fraud angles in early January 2020 and simply because the whole situation manifested oddly and counterintuitively such that it just didn’t sit well with me.

To a large degree, it was the front-end stand-down [no travel restrictions, no masks, no worry, etc.] followed by flip-flopping on all of those same matters that was really problematic. For me, it evidenced an agenda. So I dug and that’s when I began to uncover the fraud angles and started reporting on them. All of that work and in some exclusive ways now constitutes a 300+ article/video catalog of research, analysis, data and evidence on COVID-19 as a construct of enterprise fraud.

New developments have impacted the COVID-19/monkeypox/medical tyranny/global governance dynamic producing a miraculous opportunity for America to redeem itself with a second chance. The new developments are found in the WHO/Tedros declaration of a global PHEIC for monkeypox and the subsequent maneuvering by the Biden Administration to declare a public health emergency for monkeypox in the US. This is the exact projection we made in earlier work.

These matters are further compounded by Biden’s promise of a second pandemic and mask mandates being re-instituted all across the country in the same old places like school districts, public buildings and entire cities.

The new developments were covered in these articles:

Let’s get straight to brass tacks, shall we? You’re getting a second chance with the fake pandemic, America. Don’t screw it up this time.

So what needs to happen? Easy:

Realize that to varying degrees and sparing mostly no one, this will result in short-term inconvenience, pain, difficulty and loss. It shall be rewarded on the other side with dignity, liberty, freedom and independence.

I’m a 70s kid; almost a 60s kid, and I remember the Nancy Reagan “Just Say No” campaign like it was yesterday. That’s all we have to do, America. We just have to say no.

Consider this question this question relative to what I just stated knowing that it’s an example I used early in COVID and repeat often: What happens if during requirements for masks and perhaps even injections, all parents dropped-off all kids at school every single day; and that’s assuming they couldn’t get on a bus without a mask and therefore require a ride?

Would there have been a pandemic?

You get what you tolerate and the American people tolerated tyranny being shoved down their throats via enterprise fraud.

Power and authority isn’t taken rather it’s given. Saying no this time is taking it back.

Had Americans initially responded to COVID-19 in ways similar to what is suggested, there would not have been a “pandemic”.

All of the evidence aligns with the unfolding of a second fraudulent pandemic scheduled to arrive just in time for the midterms. The front-runner for the viral plug-n-play component of the construct is currently monkeypox; however others like Marburg virus, Ebola and more are on reserve; not to mention that we still have roughly 40,000 SARS-CoV-2 variants still to get through.

It all amounts to an opportunity for America to redeem itself from the ashes of victimization, acknowledge the errors in its ways respective to COVID-19 and resolutely and simply say no to the second and promised pandemic that is right around the corner.

So, America, you get a second chance. For the sake of all that is free, good and right and for the posterity of the nation, please don’t screw it up this time.

Just say no, America. Even the kids can do it.

SUPPORT H.R. 7806 To end membership of the United States in the United Nations

“No one is free who has not obtained the empire of himself. No man is free who cannot command himself.” ― Pythagoras.

The Medical Freedom Party is a road,
not a resting place.

The Medical Freedom Party is a coalition of those who have fought the mandates and refused forced vaccinations joining together to elect as public servants those who have done the same.