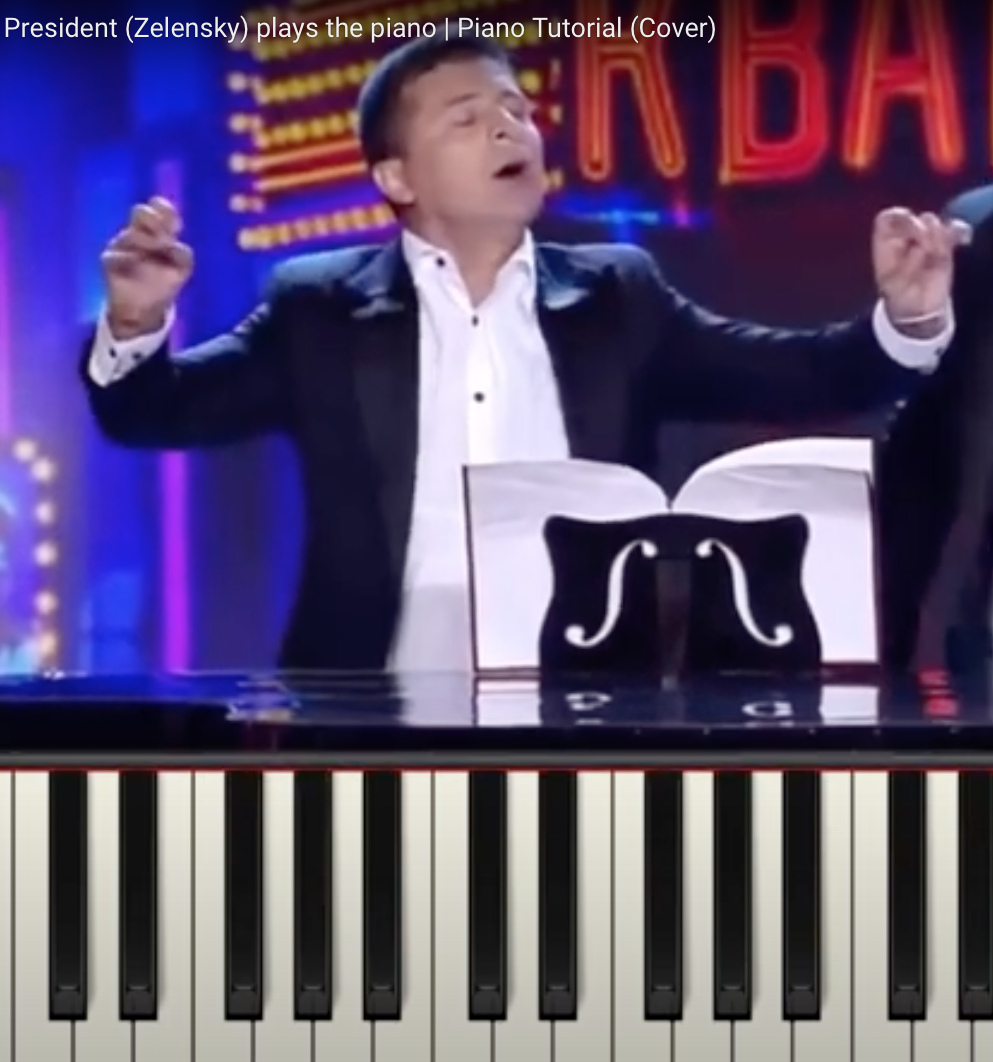 August 6, 2022  | Photo image youtube screenshot: source   |  After the U.S. Congress sent BILLIONS OF DOLLARS to “help” Ukraine, the acting president of Ukraine has decided to reach out to China to discuss rebuilding efforts.

“Ukrainian President Volodymyr Zelensky called on China to join a global effort to rebuild war-torn Ukraine. He said the ongoing war in Ukraine has resulted in the destruction of Ukraine’s infrastructure that will require international support to restore. Zelensky urged China and Chinese firms to join in reconstruction efforts.” 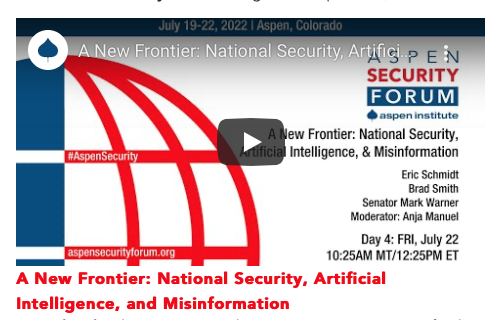 Eric Schmidt discusses some of the major challenges of Artificial Intelligence( AI ), from the lack of understanding and naiveté about the potential impact of AI twenty years ago, to the need for governments and other institutions to put more pressure on tech now, to get the technology consistent with our values (as a free society).

Schmidt urges negotiations to solve national security issues surrounding AI and to prevent a conundrum resulting from lack of preparedness and diplomacy.

The participants in this forum are many of the same technocratic entities and organizations linked with the political ruling class, big tech, private corporations, the military-industrial- intelligence-pharmaceutical-complex, with the Rockefeller Foundation as a partner.

As usual, the American people have absolutely zero input, and no role whatsoever in the decisions being made by this elite group.  -JD 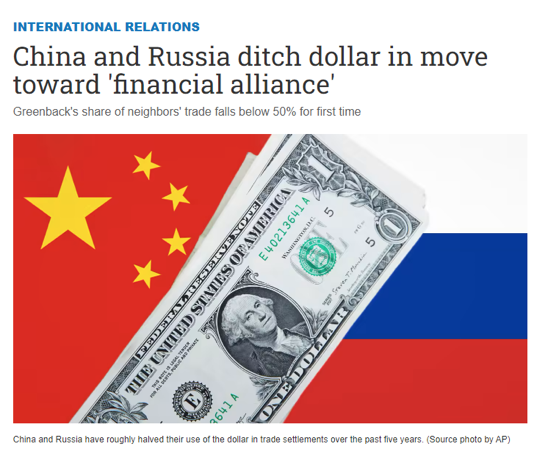 And once again, as happens often with consequential news in the United States and the West, no one has noticed and no one seems to care.

If you’ve blinked over the last month, you may have missed it…

China and Russia are taking their shot at the U.S. dollar. And as often happens with consequential news in the United States and the West, no one seems to notice or even care.

Since the beginning of the year, I have been writing about the possibility of Russia and China challenging the US dollar’s global reserve status. Now, it’s happening.

It shouldn’t be any surprise to those paying attention that Russia and China are strengthening their economic ties amidst continued Western sanctions on Russia as a result of the country’s war in Ukraine.

What may surprise some people, however, is that Russia and the BRICS countries, including Brazil, Russia, India, China, and South Africa, are officially working on their own “new global reserve currency,” RT reported in late June. Nobody even seemed to notice.

“The issue of creating an international reserve currency based on a basket of currencies of our countries is being worked out,” Vladimir Putin said at the BRICS business forum last month.

And of course, as Russia has been cut off from the SWIFT system, it is also pairing with China and the BRIC nations to develop “reliable alternative mechanisms for international payments” in order to “cut reliance on the Western financial system.”

In the meantime, Russia is also taking other steps to strengthen the alliance between BRIC nations, including re-routing trade to China and India, according to CNN:

President Vladimir Putin said Wednesday that Russia is rerouting trade to “reliable international partners” such as Brazil, India, China and South Africa as the West attempts to sever economic ties.

“We are actively engaged in reorienting our trade flows and foreign economic contacts towards reliable international partners, primarily the BRICS countries,” Putin said in his opening video address to the participants of the virtual BRICS Summit.

In fact, “trade between Russia and the BRICS countries increased by 38% and reached $45 billion in the first three months of the year” this year, the report says. Meanwhile, Russian crude sales to China have hit record numbers during Spring of this year, edging out Saudi Arabia as China’s primary oil supplier.

“Together with BRICS partners, we are developing reliable alternative mechanisms for international settlements,” Putin said.

Putin continued, stating last month: “Contacts between Russian business circles and the business community of the BRICS countries have intensified. For example, negotiations are underway to open Indian chain stores in Russia [and to] increase the share of Chinese cars, equipment and hardware on our market.”

In June, Putin also accused the West of ignoring”the basic principles of [the] market economy” such as free trade. “It undermines business interests on a global scale, negatively affecting the wellbeing of people, in effect, of all countries,” he said.

President Xi echoed Putin’s sentiments, according to a June writeup by Bloomberg:

“Politicizing, instrumentalizing and weaponizing the world economy using a dominant position in the global financial system to wantonly impose sanctions would only hurt others as well as hurting oneself, leaving people around the world suffering. Those who obsess with a position of strength, expand their military alliance, and seek their own security at the expense of others will only fall into a security conundrum.”

The developments obviously further my long held belief that a gold backed global reserve currency is on its way – something I have been writing about for months.

I’m also stunned that nobody seems to care that arguably the largest shift on the global macroeconomic playing field over the last half century may be taking place.

Sure, under the context of the conflict in Ukraine, the news may seem “par for the course” of sorts, which may result in the media and the financial world downplaying it. But put this piece of information out there on its own, without context – that there is a coordinated global challenge taking place to the U.S. dollar – and it would be the biggest news story in decades. Imagine if China and Russia just dropped this out of nowhere? Now, remember that both countries have been working on, and preparing for, this situation for years.

I mean, holy hell, look at Russia’s Treasury holdings as far back as 2018:

As I’ve noted before, Russia was also increasing its holdings of gold over the same period: 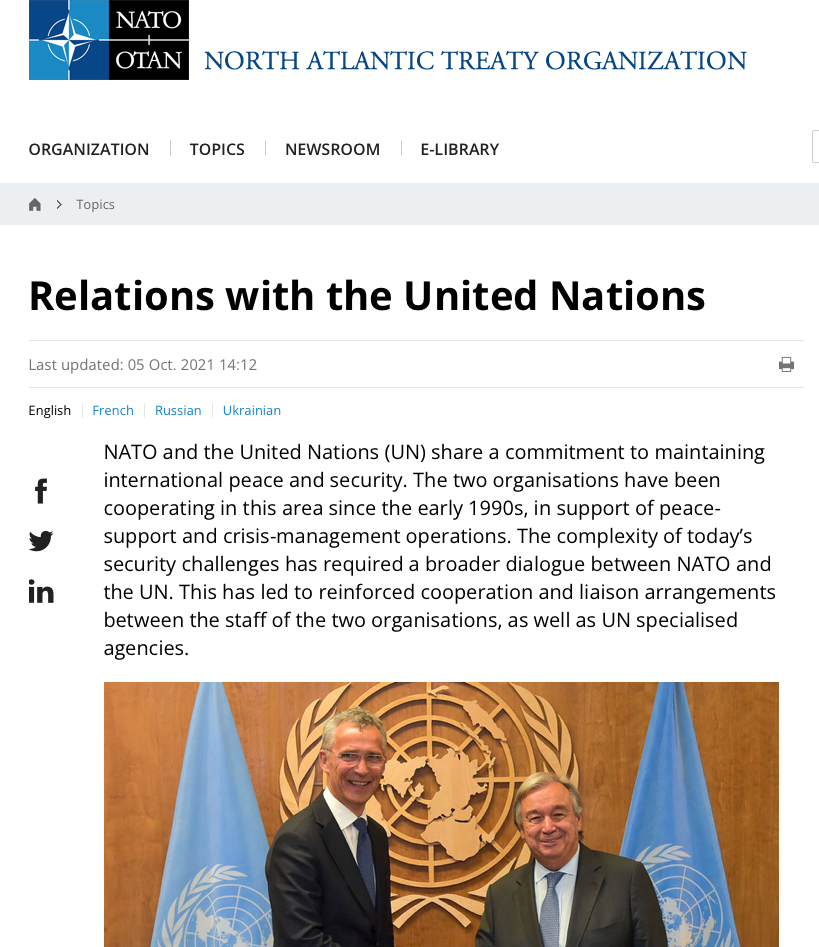 Is the U.S. Military Operating Under NATO Command?

Kentucky Senator Rand Paul recently introduced an amendment to reaffirm that NATO cannot supersede Congress in declaring U.S. involvement in war, however it was rejected this week by the Senate Foreign Relations Committee.[1]

George Soros wrote Toward a New World Order: The Future of NATO in 1993:

Link To_Toward a New World Order: The Future of NATO

The calculated undermining of America’s military by vaxx mandates[9][10][11][12][13] and divisive political ideology[14][15][16] pushed by the Biden administration and top military leaders has for the most part, remained unchallenged.

In 1961 President Eisenhower issued a warning that only an alert and knowledgable citizenry can compel the proper meshing of the huge industrial machinery of defense with our peaceful methods and goals, so that security and liberty many prosper together. [17]

As USA’s armed forces are facing a recruitment crisis[18], Congressional and military “leadership” are eagerly strengthening other militaries such as Ukraine and NATO.

Americans are needed RIGHT NOW to advocate for our military service members, challenge the treasonous actions of elected public servants and step up to protect and defend our Constitution since apparently those who took the Oath[19] of Office are failing to meet their obligation.[20]

Meanwhile, organizing with friends and family at the local level is something we can continue to do now, to get back to basics and forge a positive path forward toward a brighter future for everyone.

Demand they meet their obligation to protect and defend American’s and our Constitution and stop dragging the USA into more NATO wars.

Link To Article_Has NATO Now Taken Over Command of the U.S. Navy?

Link To Article_U.S. Navy surrenders its command to NATO 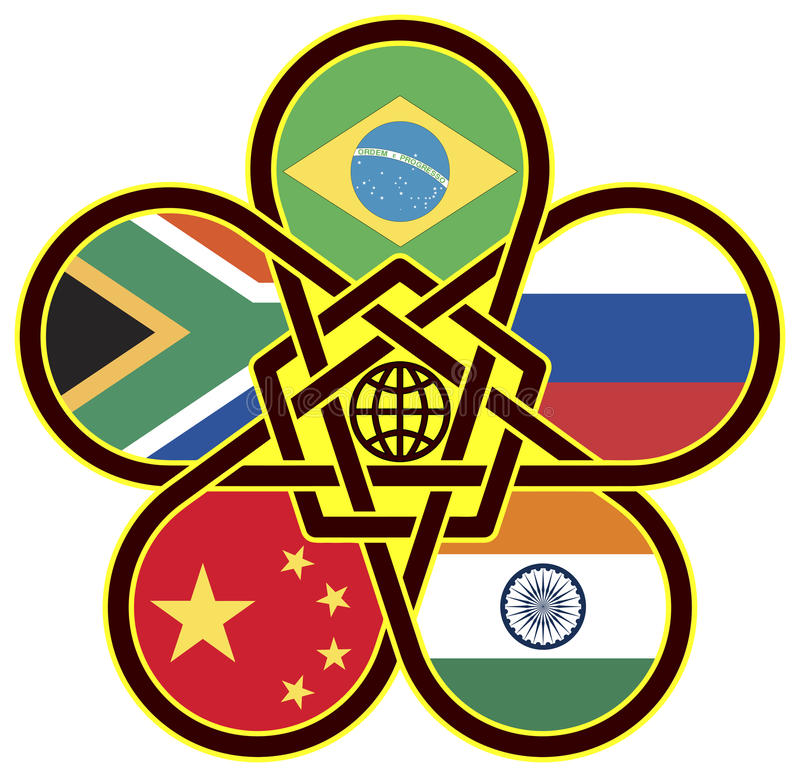 While U.S. leadership has been waging domestic and foreign wars for decades,  economic and military partnerships are forming that are changing the global landscape.   -JD

BRICS is the acronym coined over two decades ago that is associated with five major emerging markets: Brazil, Russia, India, China, and South Africa. BRICS members account for over 40% of the global population and nearly a quarter of global GDP. The expansion of BRICS could be imminent as Saudi Arabia, Turkey, and Egypt are in discussions to join the group of emerging market economies.

“All these countries [Saudi Arabia, Turkey, and Egypt] have shown their interest in joining [BRICS] and are preparing to apply for membership. I believe this is a good step, because expansion is always looked upon favorably, it will definitely bolster BRICS’ global influence,” BRICS International Forum President Purnima Anand told Russian newspaper Izvestia.

Anand said that the group’s 14th summit last month in China held expansion talks. Adding Saudi Arabia, Turkey, and Egypt could open up a new era for global development as they would boost multilateral cooperation and comes at a time when the US and its Western partners are rebelling against globalization.

In May, Chinese President Xi Jinping said BRICS members have to “reject Cold War mentality and bloc confrontation, and work together to build a global community of security for all.”

“I hope that these countries will join the BRICS quite shortly, as all the representatives of core members are interested in expansion. So it will come very soon,” Anand added.

None of the BRICS leaders have publicly condemned Russian President Putin for his invasion of Ukraine earlier this year.

Huang Yanzhong, a senior fellow for global health at the Council on Foreign Relations, recently told Al Jazeera that BRICS is a “kind of diplomatic counteroffensive by China to both the revival of NATO and the increase in Indo-Pacific mechanisms that are designed to keep its power in check.”

The announcement comes when President Biden is scheduled to meet with Crown Prince Mohammed bin Salman (MbS) without Saudi King Salman present. We correctly pointed out that Saudi Arabia’s intention to join BRICS would be announced ahead of the Biden and MbS meeting.

The future and what appears to be an imminent expansion of BRICS is more evidence the world is transitioning into a multi-polar world that will challenge the US’ dollar-based system for global trade.