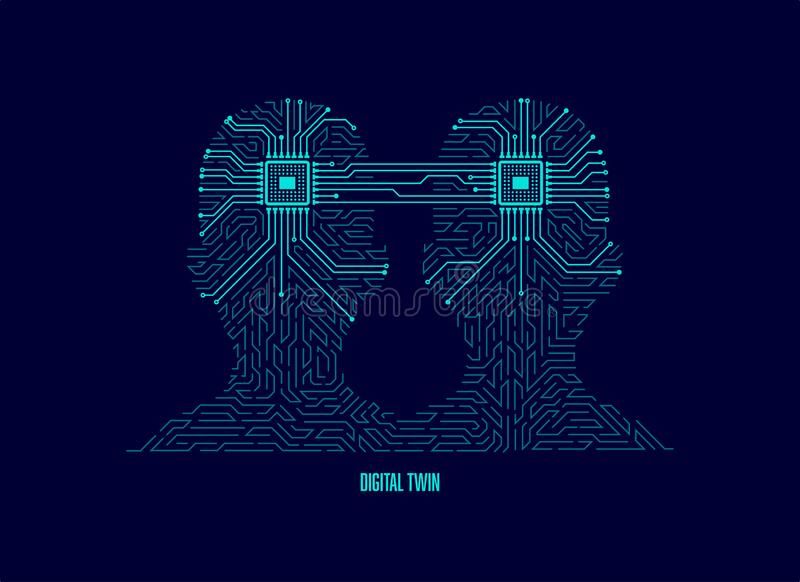 Digital twins are virtual clones that can simulate any kind of object, device or structure, merging the digital and physical world with the internet of bodies, internet of things, data analytics and artificial intelligence.

Genomics is the study of the complete set of DNA including all genes in a person or other organism. The DNA of Americans was collected in Covid-19 tests, providing key information for potential biowarfare.

BGI Genomics, a firm with ties to the CCP military has been accused by U.S. intelligence officials, of mining the DNA and medical data of Americans. The Obama-Biden administration and the Bill & Melinda Gates Foundation played a critical role in BGI’s American expansion.

Wireless infrastructure (4G-5G-6G+AI) standardized by the UN ITU, is the foundation of the global technocratic digital prison. -JD

As reports have emerged that Chinese military-linked firms gather American DNA, these firms are now capable of creating digital replicas of Americans, according to John Mills, former director of cybersecurity policy, strategy, and international affairs at the Department of Defense.

“They have the capacity to create these complex models of each of us. They’re making digital twins of us,” Mills told the “China in Focus” program on NTD News, sister media outlet of The Epoch Times.

He pointed to BGI Group, formerly Beijing Genomics Institute, which is the leader of the CCP’s genome project, as well as a leading producer of COVID-19 tests.

In 2017, the company’s leader boasted that it had reached an industrial level of success in progressing through genetic reform and gene editing, to gene synthesizing, and mass-producing multiple viruses, bacteria, and large yeasts.

“They can do all kinds of nefarious things with no constraint or loss. They have our data.” That data could be used to tailor a follow-up virus to target certain non-Han ethnicities, Mills warned.

That includes every Chinese company and every company that is incorporated in China, even if it is American in origin, he stressed. “They are the eyes and the ears and the collectors.”

That means when Americans give information to these companies, their data is essentially going to Chinese intelligence, Mills said. 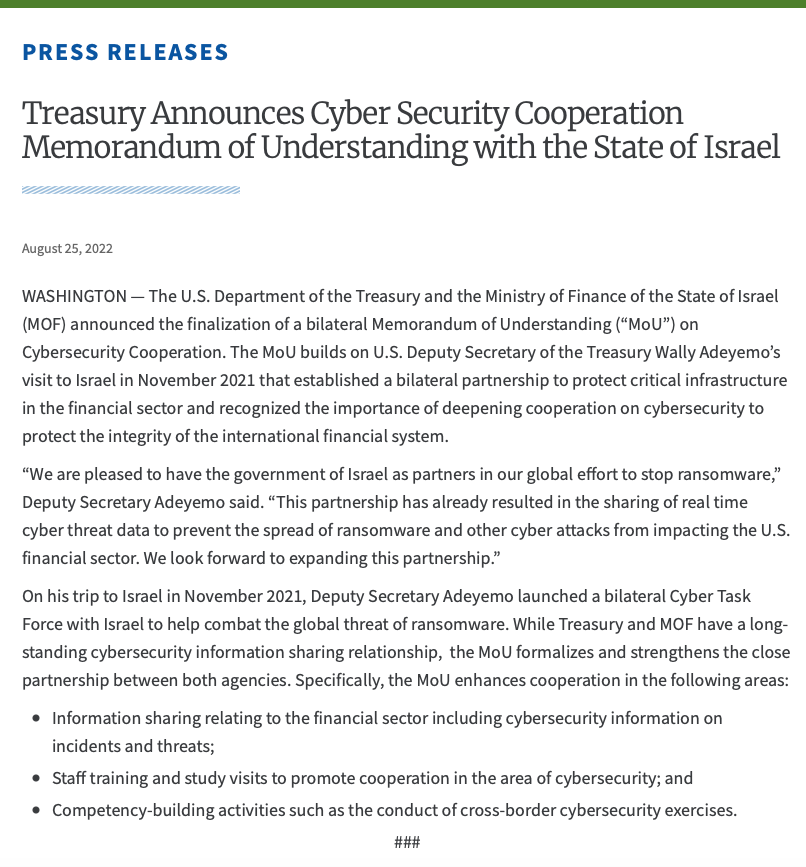 In case you missed it, the U.S. Treasury announced[1] a cyber security partnership with Israel’s Ministry of Finance on August 25, 2022.

One may wonder why the U.S. Treasury would be getting involved in cyber security matters or would be inviting a foreign government agency to enter into our economic system.

Cyber security cooperation is not new, as the U.S. Department of Homeland Security ( DHS ) signed[2][3] a joint declaration on cyber defense with Israel back in 2016.

However, let’s keep in mind that the 2020 election disaster featured the DHS[4] in a central role, to “secure cyber security”.  Those familiar with this three letter alphabet agency, brought to us by George Bush Jr., understand the corruption[5] that plagues the Department of Homeland Security.

Additionally, the role of the UN/NATO[6] in American cyber security affairs is unclear.  Another problem, is knowing what partnerships Israel may have that could potentially create conflicts of interest in USA economic affairs and national security.[7]   Will biometric surveillance, social credit scores, 5G,[8] and digital currency be part of the “cyber security” cooperation equation?