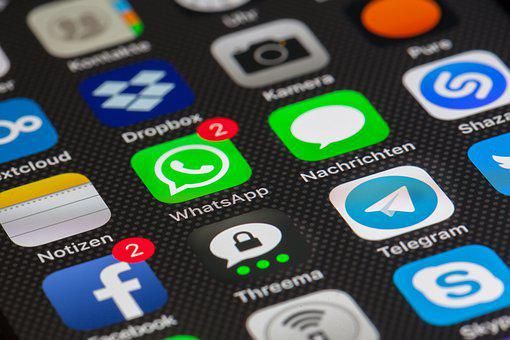 A cell phone is a constant companion for most people. The fact that invasive apps on these ‘smart’ devices are continuously surveilling the user, data mining and monetizing the data, and collecting and storing your confidential information, is not something that people generally realize. Rex Lee, cybersecurity advisor says that a lot of times the government can end up with your information.

This surveillance infrastructure of technocracy, or scientific dictatorship, is built upon the 4G-5G-6G+AI systems. We’re far beyond the internet of things. This control is about the Internet of Bodies, the installation of a permanent digital prison where every living being will essentially become a node on the internet.

Once people understand the threat, immediate steps can be taken to increase security, strengthen local control to prevent further deployment of this potential weapon system, and regulate the infrastructure in order to protect human rights, health, the environment and liberty.   -JD

‘They Can Do Audio, Video, Physical Surveillance on You 24H/365D a Year’: Rex Lee on Intrusive Apps

In this special episode, we sat down with Rex M. Lee, cybersecurity adviser at My Smart Privacy. He helps shed light on China’s cyberattacks on America, how they affect us in our daily lives, and what can be done to stop them.

Lee notes one way adversarial countries can get in is through invasive apps: “You have to look at an app as legal malware. And that’s the best way you can describe apps today. An app—whether it’s a social media app developed by Bytedance, such as TikTok, or Facebook, or Instagram—any of these apps, they are basically legal malware that enable the developer to monitor, track, and data mine the end user for financial gain 24 by seven, 365 days a year.

“A single intrusive app enables the developer to collect over 5,000 highly confidential data points associated with the end user’s personal information, business information, medical information, legal information, and employment information because the surveillance and data mining done by these companies is indiscriminate, meaning that they’re not only collecting consumer information, they’re collecting every bit of information from the end user, including text messages, email, email attachments, calendar events, and so forth,” he added.

As to just how invasive these are, Lee said: “What an app will do is it will interlink with all of the hardware on the device and the sensors on the device, such as camera and microphone, as well as sensors, such as the accelerometer. So they can do audio, video and physical surveillance on you 24 hours, 365 days a year while collecting those 5,000 highly confidential data points on the end user. What they’re doing is they package that and they monetize it. But also, as we’re seeing in the news, is that these tech companies are aligned with governments. So the information a lot of times is ending up in the hands of the government.”